MESTRE, Italy – The morning after the Vanderbilt men’s basketball team’s first game on its current tour of Europe meant an early wake-up call and an extensive road trip.

The Commodores departed Nice, France, at 9:30 a.m. local time and arrived at the hotel in Mestre, Italy, at 10 p.m., capping the longest day of travel the program will face on the continent.

“I’ve never been overseas on a trip like this,” freshman forward Colin Smith said. “It’s definitely something different, to have this experience with the team is really nice.”

One of the reasons for the extended travel was that the Dores made multiple stops along the way. The team was able to do an hour walking tour of Monaco — the second-smallest sovereign state in the world — while also breaking for an hour after crossing the border into Italy for lunch. A final stop in Sirmione saw Vandy take a 40-minute boat tour around Lake Garda while breaking for an hour and a half.

“I wasn’t looking to see anything in particular, I was open-minded,” said Smith of the team’s stops. “We’ve seen a lot of old buildings with history, and we were able to get on a little boat ride, go around and hit the waves a little bit. It was pretty fun.” 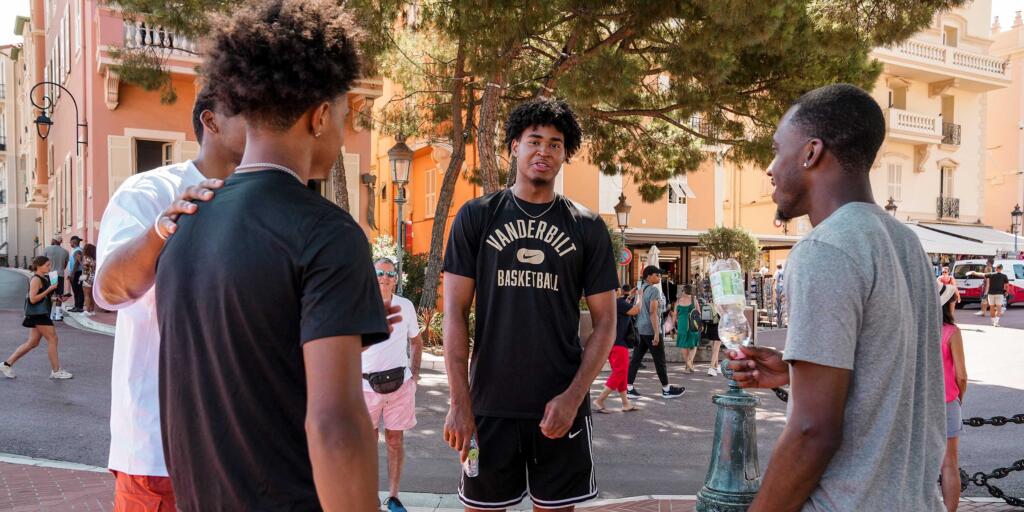 In the Commodores’ 81-54 victory over Kameet Basketball Monday night, Smith recorded 14 points — the second-highest total on the team — and three rebounds while making 3 of 8 attempts from 3-point range in his unofficial collegiate debut.

“It was fun. We’ve been playing against each other the whole summer, so it was nice to go against someone else,” he said. “We had a pretty good game, but we’re still looking to improve and are getting ready for the next one.”

After the travel day, the Dores will face Orange 1 Bassano at 11:30 a.m. CT Wednesday in their next action on the trip.

Exporing Monaco and Italy by Vanderbilt Athletics on on Exposure