A look back at the top Vanderbilt Athletics stories of 2020

NASHVILLE, Tenn. — It’s undeniable 2020 will be a year that will not soon be forgotten.

The past 12 months also provided more than their fair share of memorable moments for Vanderbilt, the Commodores and everyone associated with the black and gold.

In the midst of a world-wide pandemic, Vanderbilt Athletics continued to provide respite with historic occasions, heart-pounding victories and points of pride from January through December.

In no particular order, here is a look back at some of the more memorable moments from the 2020 calendar:

Vanderbilt’s soccer team had finished its regular season at a modest 4-4. Like most college programs, the Commodores played a modified schedule due to the COVID-19 pandemic and did their best to navigate a changing roster due to injuries and coronavirus safety precautions.

Then, on Nov. 22, the Commodores beat top-seeded Arkansas 3-1 to win the program’s first league tournament title since 1994.

“You have all the pieces that you need to win the SEC Tournament right here. There is no doubt in my mind.” –@Darren__Ambrose#AnchorDown pic.twitter.com/Q1eXyBBZLn

Sarah Fuller, a senior goalkeeper for the aforementioned championship Vandy soccer squad, joined the Vanderbilt football program Nov. 23 looking to lend a hand (or foot) to a Commodores’ team short on place kickers due to COVID-19 contact tracing.

A few days later Fuller was on the team plane to Columbia, Missouri, and Nov. 28 she trotted onto the field at Memorial Stadium at the University of Missouri to become the first female to play in a major college football game. Fuller took the second half kickoff in an historic moment that made international news.

But Fuller wasn’t done yet.

Two weeks later, she entered a game against Tennessee with 1:50 left in the first quarter and kicked an extra point. With 7:22 remaining in the fourth quarter of that game, she successfully kicked another.

Her helmet and uniform are now on display at the College Football Hall of Fame.

History has been made at Vanderbilt Stadium! #AnchorDown | @SarahFuller_27 pic.twitter.com/xAO2HOSeR4

Candice Lee came to Vanderbilt in 1996 to play basketball for the Commodores. Twenty-five years later she was appointed to vice chancellor for athletics and university affairs and athletic director.

On May 21, Lee officially took hold of an office she had held on an interim basis for three months. She became Vanderbilt’s first female athletic director and the first Black woman to head a Southeastern Conference athletics program.

The appointment also made her one of only five women currently leading a Power Five program. 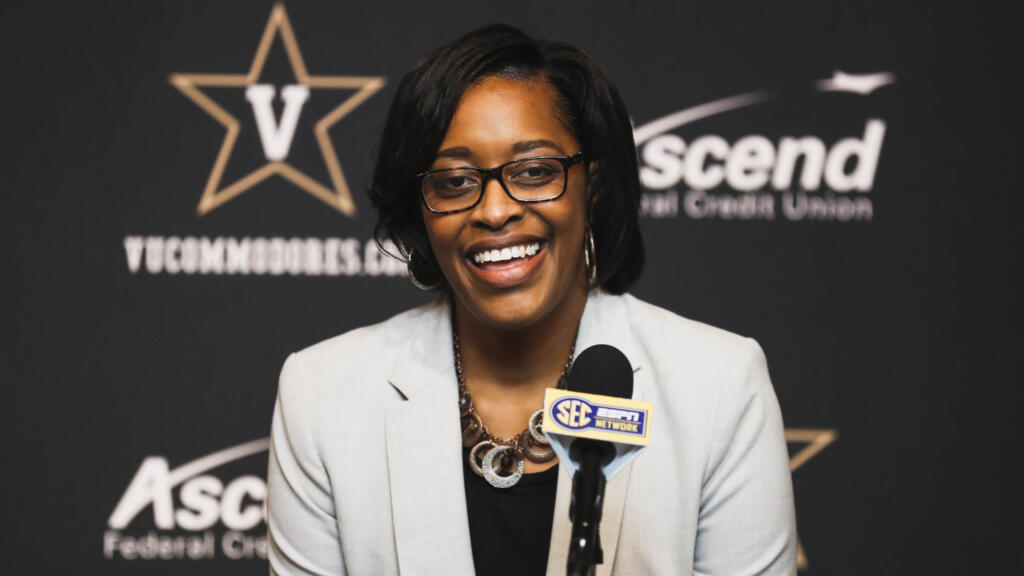 After beginning his college athletics career on the baseball diamond, Clark Lea returned to the football field as a walk-on fullback for head coach Bobby Johnson and the Commodores in 2002.

On Dec. 14, Vanderbilt hired Lea to be the 29th head football coach in program history.

Lea’s successful career as an assistant coach in college football most recently includes his role as defensive coordinator at Notre Dame where he’s currently serving until the Fighting Irish end their 2020 season.

A Nashville native and graduate of Montgomery Bell Academy, Lea has two degrees from Vanderbilt and has coached in eight bowl games.

The Vanderbilt men’s basketball team had fallen into a rut of league losses. A rut of 28 straight SEC defeats to be exact.

On Feb. 5, however, under the direction of first-year head coach Jerry Stackhouse, the Commodores came alive to beat No. 18 LSU at Memorial Gymnasium 99-90.

Saben Lee had 33 points and Maxwell Evans added 31. Lee’s thunderous dunk in the second half became an all-time highlight and Vandy shot 57.1 percent from the field as a team.

Vaughn was selected 76th overall in the third round of the NFL Draft by Tampa Bay in the culmination of a memorable Vandy career and the start of a professional one.

A Pearl-Cohn High School graduate, Vaughn played two seasons for the Commodores and racked up 2,272 yards in 24 games. He averaged 6.4 yards per carry and scored 21 times on the ground.

Vaughn is now in his rookie season with the Buccaneers.

A SENIOR DAY TO REMEMBER

To start the month of March, the Vanderbilt women’s basketball team played one of its finest games against visiting No. 15 Kentucky at Memorial Gymnasium.

Senior Mariella Fasoula – on Senior Day – poured in 24 points as the Commodores ended a 29-game losing streak over ranked opponents. Vandy began the fourth quarter down by nine before rallying past the Wildcats.

LeaLea Carter, also a senior that day, scored 10 points in the memorable victory. 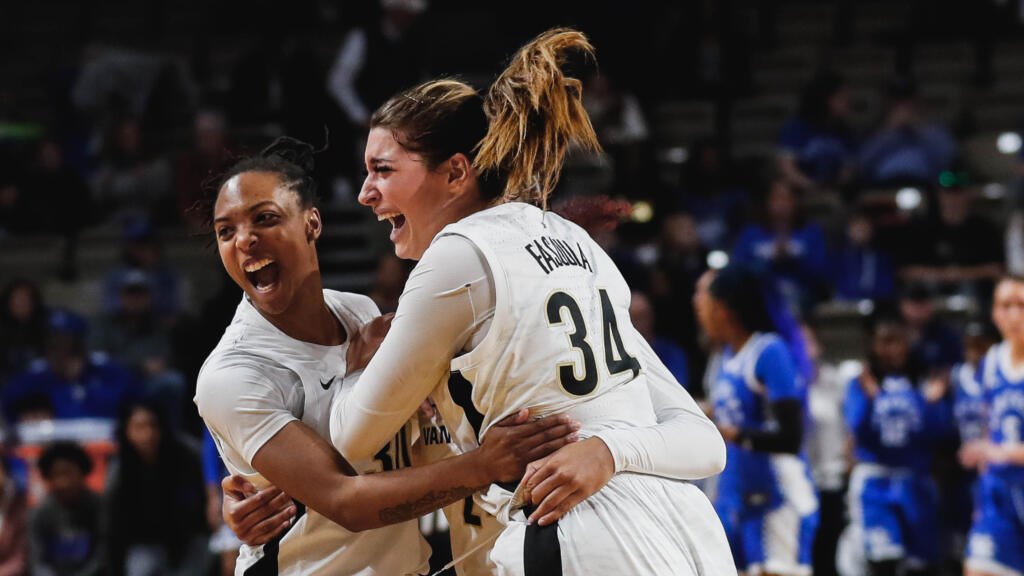 Walker Buehler enjoyed one of the best days of his baseball career Oct. 28 when he and his Los Angeles Dodgers teammates won the 2020 World Series over the Tampa Bay Rays.

A former Vanderbilt baseball star, Buehler started game three of the World Series and went six innings. He allowed one run on three hits and struck out 10.

The championship was the second major one in Buehler’s career after winning the 2014 College World Series with the Commodores.

FROM ANCHOR DOWN TO THE ASSOCIATION

Vanderbilt basketball fans had known for a while how special Aaron Nesmith and Saben Lee were. Now NBA fans will get that education as well.

Nesmith and Lee were each selected Nov. 18 during the 2020 NBA Draft, Nesmith to Boston with the No. 14 pick and Lee to Detroit at pick No. 38

A native of Charleston, South Carolina, Nesmith played in 46 games for Vanderbilt and averaged 14.7 points and 5.3 rebounds per game. Lee, from Phoenix, scored 1,338 points – including 594 as a junior, which ranks 10th all-time in a season in school history – in 96 career games for the Dores.

AUGENSTEIN ANCHORS DOWN WITH THE BEST

Vanderbilt senior John Augenstein, before he announced a decision to turn to professional golf in November, made Commodore Nation proud by wearing the black and gold and both the U.S. Open and the Masters Tournament.

Competing as an amateur, Augenstein made the cut at the Augusta National Golf Club in Georgia and finished with a four-round total of 291, 4-over par. He shot 3-under in his Masters debut and an even par 72 in the second round.

Augenstein also had the privilege of playing his practice round with the legendary Tiger Woods.

In June, Augenstein participated in the U.S. Open in California and shot 9-over in two rounds.

Despite a shortened season due to the COVID-19 pandemic, the Vanderbilt baseball program still had an SEC-best four student-athletes selected in the 2020 MLB Draft.

Austin Martin was chosen fifth overall by Toronto, Tyler Brown went in the third round to Houston, Jake Eder was selected by Miami in the fourth round and Mason Hickman joined the Cleveland organization in the fifth round. To add icing to the cake, Harrison Ray (Toronto) and Ty Duvall (Seattle) signed contracts as free agents.

Vanderbilt has now had 40 pitchers drafted in the last decade and six players selected in the top five.

Vanderbilt lacrosse will never have the fortune of knowing how the 2020 season could have turned out. But for one day in March, the Commodores saw the potential of how good they could be.

Sophomore Bri Gross scored with three minutes to play against No. 10 Denver at the Vanderbilt Soccer/Lacrosse Complex and Vandy held on for a 14-13 win – its first over a top-10 opponent in six seasons.

Vanderbilt trailed by as many as four in the contest. A Gross hat trick and four goals from Sophie Furlong fueled the Dores to the back-and-forth win.

Twice in the past 12 months the Vanderbilt men’s golf team brought home a trophy after a team tournament title – in March at the Desert Mountain Intercollegiate and in October at the Vanderbilt Legends Collegiate.

In Franklin in October, Vandy shot a remarkable 39-under and its three-day total in 813 was the second-lowest round in program history. Augenstein finished second individually in what would turn out to be his final outing with the Commodores.

Earlier in the year Augenstein had led Vanderbilt to a win at the Desert Mountain Intercollegiate in Arizona. Augenstein finished 15-under and Vandy shot 22-under par as a team.

The Commodores have now won 30 team tournament championships since 2001.

FOUR MORE FOR THE DORES

The Vanderbilt bowling program kept right on humming along in 2020 with four more trophies added to the trophy case.

After having its 2020 season cut short, the Commodores hope to get back to the NCAA Tournament this spring. 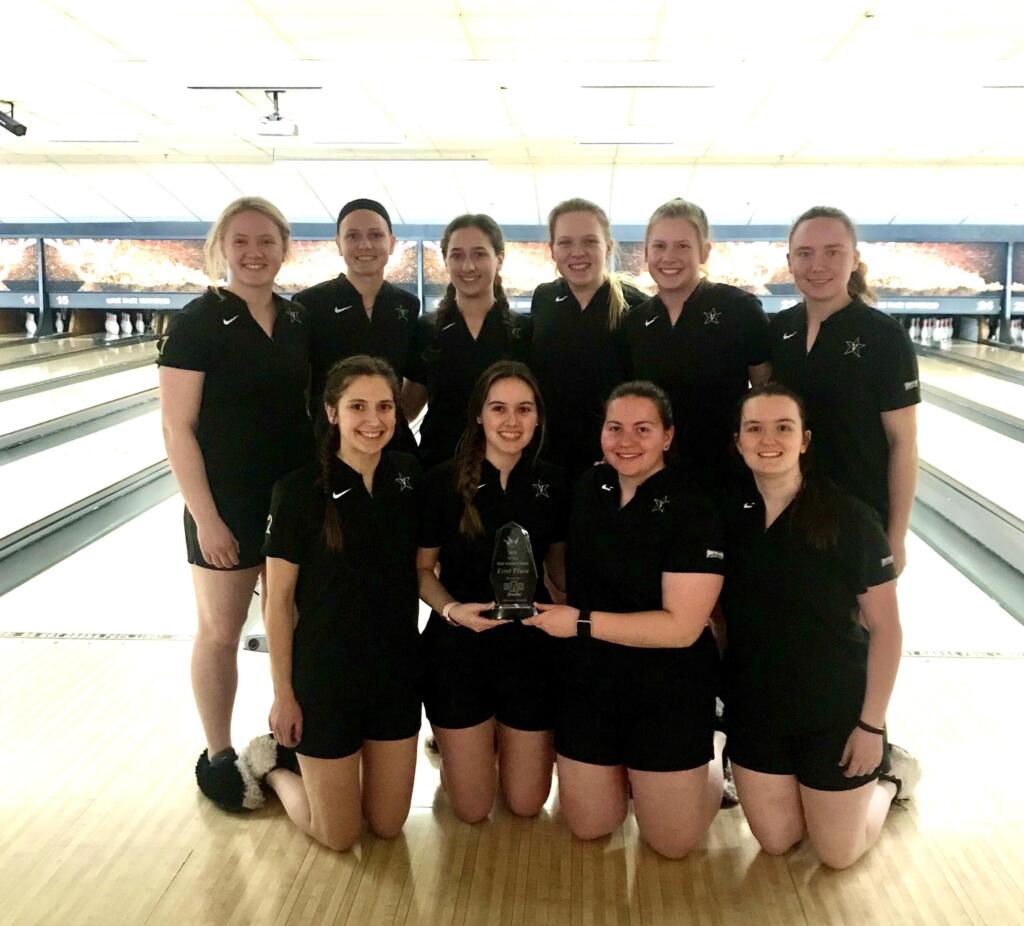 Vanderbilt women’s tennis began a new era this summer when Aleke Tsoubanos took over the program as head coach.

After 13 years on the Vanderbilt women’s tennis coaching staff, a period which followed a memorable career as a Vandy student-athlete, Tsoubanos was promoted into her new role in July.

A native of St. Louis, Tsoubanos was a standout student-athlete for the Commodores. During her career on West End, she was a three-time ITA All-American (2002-04), first-team All-NCAA selection, first-team All-SEC selection in both singles and doubles and was the first player to win the ITA All-American Riviera doubles championship two consecutive years with two different partners.