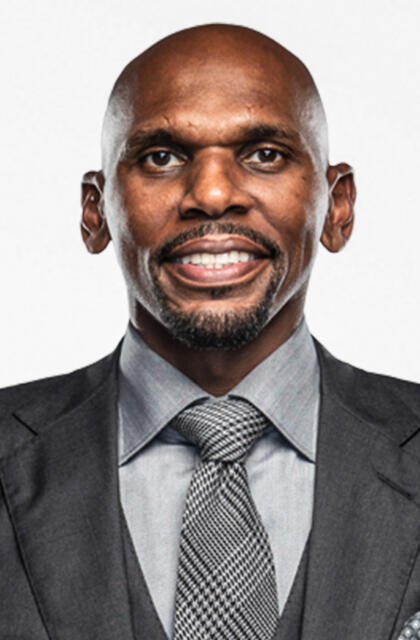 Jerry Stackhouse is in his fourth season at the helm of the Vanderbilt men’s basketball team in 2022-23. He was named the program’s 28th head coach on April 5, 2019.

Under Stackhouse’s tutelage, Vanderbilt is the only SEC program to improve its NET ranking in each of the past three seasons. The third year of the Stackhouse era featured the Commodores securing an NIT bid — the program’s first postseason appearance since the 2016-17 season. Stackhouse oversaw the three-year progression of Scotty Pippen Jr., who led the SEC in scoring in 2021-22 and went on to sign with the Los Angeles Lakers.

Stackhouse has made an incredible impact in turning around the Vanderbilt program. In his first season, two Commodores were selected in the NBA Draft, including lottery pick Aaron Nesmith who was chosen 14th overall by the Boston Celtics, and junior guard Saben Lee who was picked 37th overall by the Detroit Pistons. Stackhouse’s creative offensive sets enabled Nesmith to lead the nation in 3-point field goals made and 3-point field goal percentage (before a foot injury sidelined him after 14 games) and propelled Lee to three 30-point games and a second-team All-SEC selection in 2019-20.

Pippen Jr. earned All-SEC first team honors and set the school scoring record for a sophomore in 2020-21. He finished second in the SEC in scoring (20.8 points per game) and assists (4.9), while sophomore forward Dylan Disu led the SEC in rebounding (9.2) and was named the conference’s Scholar-Athlete of the Year.

Prior to taking the head coaching job in the G League, Stackhouse was an assistant coach for the Toronto Raptors during the 2015-16 season.

After playing for legendary head coach Dean Smith and earning Sports Illustrated Player of the Year, All-America first team and All-ACC honors at North Carolina, Stackhouse was selected by the Philadelphia 76ers with the third overall pick in the 1995 NBA Draft. He was named to the 1995-96 NBA All-Rookie first team after leading all first-year players in scoring (19.8 points).

In 2011, Stackhouse launched Stackhouse Elite, an AAU program based in Atlanta, Georgia. The program captured numerous titles in the 15U, 16U, and 17U divisions.

Stackhouse prepped at Kinston (N.C.) High School and Oak Hill (Va.) Academy and was one of the most highly recruited athletes in college basketball history. He became just the third freshman in ACC history to earn most outstanding player honors at the ACC Tournament.

Stackhouse and the Tar Heels also reached the 1995 Final Four. Weeks later, he announced he would enter the NBA Draft.

Going to the NBA, however, did not mean the end of his educational pursuits. Stackhouse received his bachelor’s degree from North Carolina in the fall of 1999, and completed the Business of Entertainment, Media and Sports at the Harvard Business School executive education program in 2017.