All Eyes on Mr. Jones

NASHVILLE, Tenn. — It has been a bittersweet month or so for Spencer Jones.

Vanderbilt’s star outfielder saw his time as a Commodore come to an end June 6 when Vandy fell 7-6 to Oregon State in an NCAA Regional. Since then, he has been preparing for the MLB Draft—which begins Sunday—and reflecting on his time wearing the black and gold.

“It’s hard. It’s hard to reflect over three years, even in the last few weeks that I have,” Jones said. “It’s nothing short of special. I couldn’t imagine me being in this position without being at Vanderbilt for three years and going through all the things that we’ve gone through with COVID-19 and then personally with injuries.

“It’s weird to think that it’s over. I was just establishing myself and finding some footing within that program and feeling like myself and how I could play. But it is what it is and how these things go. It’s time to move on. Bittersweet to say the least.” 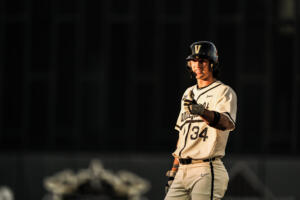 A 6-foot-7, 225-pound left-handed hitter, Jones returned to Nashville after that final defeat, collected his belongings and began to make a plan for the immediate future. Back home in Encinitas, California, Jones recharged the batteries and resumed training and working out as he mentally and physically prepares for the next big moment of his baseball career.

Jones, who took part in the MLB’s Draft Combine, is projected to be a first-round pick in the draft that starts at 6 p.m. CT Sunday. The event will be televised live by ESPN and MLB Network. A communications studies major two semesters short of earning his bachelor’s degree, Jones will watch the selections unfold with family and friends at his Southern California home.

“I have a pretty good support group. I just want to experience this with my family and make it all happy,” Jones said. “It’s all new to us.”

A 2019 graduate of La Costa Canyon High School, Jones was a heralded prospect before he even arrived at Vanderbilt. He was originally selected by the Los Angeles Angels in the 31st round of the 2019 MLB Draft and had a possible future as a pitcher and position player. 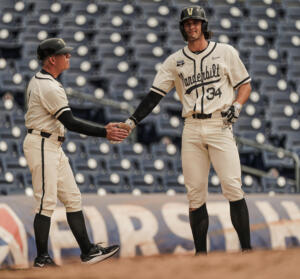 But in 2019, while pitching, Jones fractured his elbow. And then in 2020, back on the mound, Jones tore his ulnar collateral ligament and underwent surgery on his throwing arm. All that, combined with the COVID-19 pandemic, made Jones’ first two Vandy seasons in 2020 and 2021 far from normal.

“I learned more than anything just how to take care of myself—take care of my time, how to build a routine, how to be a teammate, how to work myself out and not over-work myself—how to be a professional, whether it be on the field or off the field,” Jones said. “Corbs (Vanderbilt head coach Tim Corbin) talks about being a professional all the time and how to turn this into a lifestyle. I feel like I’ve gotten so many tools from all the players that I’ve played with like Rock (Kumar Rocker) and (Jack) Leiter and being able to see A-Mar (Austin Martin) that first year. You learn a lot from those guys who are really, really talented players about how to take care of yourself and how to be that guy. 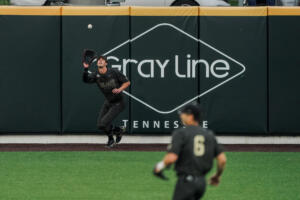 Those numbers, coupled with Jones’ towering physical frame, have professional scouts penciling him in as a top prospect. MLB.com ranks Jones as the 51st overall player going into the draft.

Jones has spoken frequently with Leiter, the No. 2 overall pick in 2021, about what to expect going into this week. But he said that the biggest lesson learned from former top draft picks like Leiter, Rocker and others was the importance of staying in the moment, knowing that everything else will take care of itself with the right preparation and right mindset.

Now Jones is ready to bring that mindset to Major League Baseball.

“I’m only going to get better. I’m only going to progress as I continue to understand this process and eventually understand professional baseball. I feel like I’m going to be able to put myself in a very good position to play really good baseball at the highest level.” 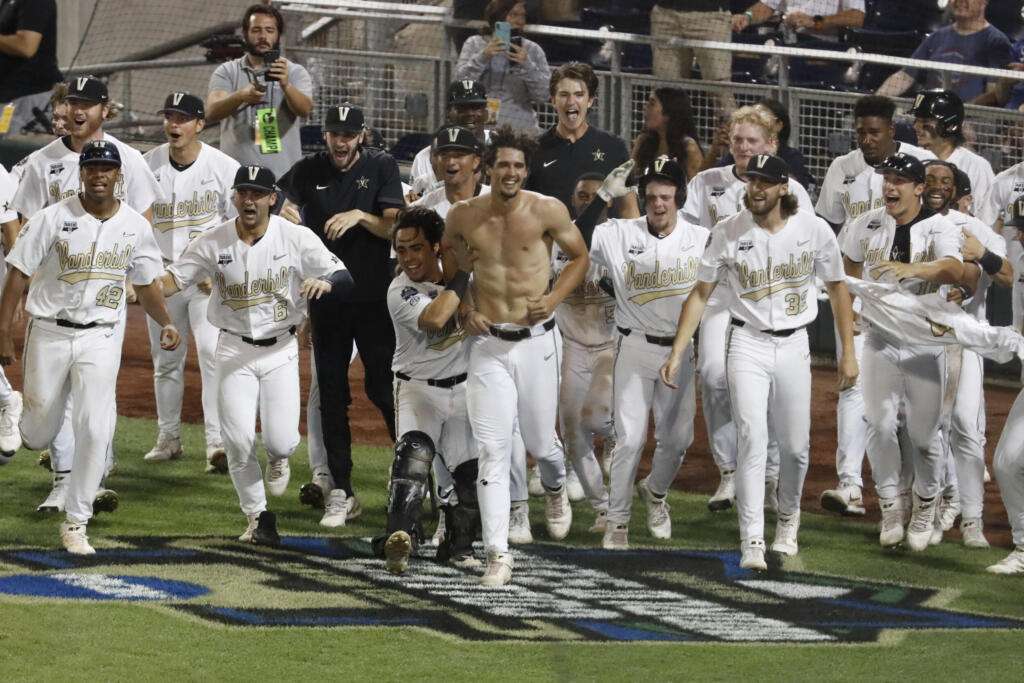 Other Commodores to Watch

While Jones is Vandy’s top MLB prospect, a handful of other Commodores could see their names called as well.

Jack Bulger, Dominic Keegan, Nick Maldonado, Chris McElvain, Grayson Moore, Thomas Schultz, Javier Vaz and Carter Young are all eligible to be selected. Keegan led the Commodores in 2022 with a .371 average, 14 home runs and 67 RBIs while Schultz went 4-2 with a 2.88 ERA and collected eight saves.

Rocker, who was selected 10th overall by the New York Mets in the 2021 MLB Draft before eventually going unsigned, is also projected to be drafted once again. Rocker went 1-0 in five starts this summer for the Tri-City ValleyCats and struck out 32 batters in 20 innings pitched with a 1.35 ERA.