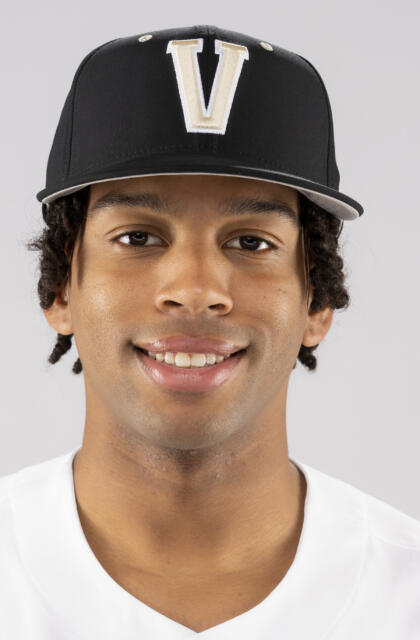 Head coach Tim Corbin on Vaz: “Undeniable young man. He is a story of perseverance and gratitude. He could have easily turned in another direction when it came to a college choice, but he built a resume of academic success at a junior college before transferring to Vanderbilt after his sophomore year. His energy towards his teammates and our program are unique. His efforts are in total coordination with the team and its mission. When he got his chance to play in the post season, he made it count and had a large impact on our success. Javy has defensive versatility throughout the field and an offensive speed component to his game. Well-respected teammate.”

As a Senior (2022)
• Sixth-toughest player to strike out in the SEC
• Doubled with an RBI at Arkansas (May 14)
• Double and two RBI at Georgia (May 8)
• Homered and doubled with two RBI at Georgia (May 6)
• Home run and three RBI at Auburn (April 9)
• Two RBI vs. Wagner (March 13)
• 7-for-14 with a home run, triple and 10 RBI in four-game series at Hawaii
• Grand slam in second game of doubleheader at Hawaii (March 5)
• Tripled and totaled five RBI in first game of doubleheader at Hawaii (March 5)
• First home run as a Commodore against Oklahoma State (Feb. 20)

As a Junior (2021)
• Saw action in 23 games, making 11 starts
• Started Vanderbilt’s final nine games of the season, including all seven games of the College World Series
• Recorded first hit in second game of doubleheader with Georgia State (Feb. 28), finishing a 1-for-1 game
• Crossed home plate for first run of season in series finale at Oklahoma State (March 14)
• Scored the tying run against Ole Miss in the SEC Tournament (May 25), helping Vanderbilt to a walk-off victory
• Scored one run in each of Vandy’s two wins against East Carolina in the NCAA Nashville Super Regional
• Began the ninth-inning rally against Stanford in the College World Series, reaching on a two-out walk before coming across to score the tying run

The Vaz File
• Attended LSU Eunice Junior College
• .365 average with two home runs, 13 RBI and 23 stolen bases as sophomore at LSUE
• 2020 Preseason All-American
• 56 starts as a freshman, batting .364 with 60 hits, 14 doubles, four triples, one home run and 39 RBI
• .515 slugging percentage, and .509 on-base percentage in his first year at LSU Eunice
• Led the Bengals to a 51-8 record in 2019, including an appearance in the Region 23 Championship
• Member of the 2018 Chancellor’s List
• Attended Huntsville High School (Huntsville, Ala.)
• Brother, Xavier Vaz, is currently a member of the LSUE baseball team
• Son of Roberto and Stephanie
• Father was a member of the Alabama baseball team (1996-97)
• Enjoys watching sports and playing video games
• Full name is Javier Rafeal Vaz
• Majoring in medicine, health and safety