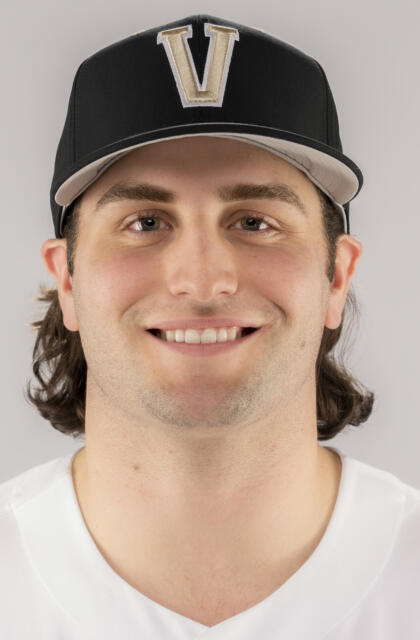 Head coach Tim Corbin on Maldonado: “Low maintenance young man. Asks for nothing. Consistent and very reliable. Became a very important member of our staff as the season grew. He takes the ball in any situation and competes. Loves the arena of competition. You are never guessing what version of him is going to show up – you know – he’s a puncher, pure and simple. Trustworthy kid with a great personality. Nick will be a high impact pitcher for us.”

As a Sophomore (2021)
• Made a team-high 28 appearances on the season, totaling 50.2 innings of work to lead all Vanderbilt relievers
• Sported a 2.31 ERA, the lowest of the Commodore relief pitchers
• Tied for the team lead in saves with nine on the campaign
• Tallied 59 strikeouts to rank second in the Commodore bullpen, while surrendering just seven walks on the season
• Limited opposing hitters to a .173 average against
• Made his season debut in relief on the second game of the twinbill versus Wright State (Feb. 22) – struck out one and walked two in a shutout inning
• Struck out a season-high of four on five occasions, including in 3.0 innings of relief in the NCAA Regional win over Georgia Tech (June 5)
• Recorded first save in the midweek win over Belmont (March 16) with 1.0 inning of work that included a punchout
• Struck out four in 3.1 innings and only allowed a single runner on base in the come-from-behind win over No. 4 Mississippi State (April 25), where he picked up his fourth save of the year
• Fanned 35 in his first 16 appearances (Feb. 22-May 7)
• Closed out NCAA Super Regional with 2.0 shutout innings and two strikeouts to beat East Carolina for a trip to the College World Series

The Maldonado File
• Prepped at Seton Hall Prep
• Missed senior season due to injury
• Hit .411 with 18 RBIs, eight doubles and two triples as a junior
• On the mound, went 6-2 with 70 strikeouts in 52 innings as a junior
• Two-time state champion (2015, 2016) where he was the winning pitcher
• Four-time all-state honoree
• Member of the Spanish National Honor Society
• Full name is Nick Mariano Maldonado
• Son of Frank and Gina
• Brother to Alexa, Frank and Chris
• Father, Frank, played baseball at Manhattan College
• Sister, Alexa, played softball at Notre Dame (2009-12)
• Brother, Frank, played baseball at Pittsburgh (2014-18)
• Brother, Chris, is committed to play baseball at Clemson
• Majoring in human and organizational development