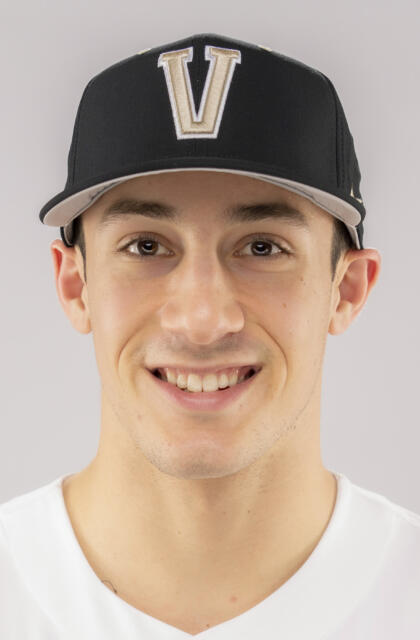 Head coach Tim Corbin on Bulger: “Jack is a very consistent young man in everything that he does on campus. He is a tremendous student, a great worker on the field and in the weight room. Jack cross-trained at several positions last season but will spend more time at the catching position this season. He has a strong baseball acumen and the ability to be a very good offensive player. Low-maintenance young man.”

As a Freshman (2021)
• Selected to the Freshman All-SEC Team
• Named SEC Co-Freshman of the Week on April 19, 2021
• Notched his first multi-hit outing of the season in the series opener with Georgia State (Feb. 26), finishing 2-for-4 with one run scored
• Added two hits in the series finale with the Panthers (Feb. 28) with a pair of runs scored
• Belted his first home run of the season with a two-run shot in the series finale against Illinois-Chicago (March 7)
• Finished with season-highs in hits and RBI in the second matchup of the weekend at Missouri (March 26), going 3-for-3 with three RBI and two runs scored
• Registered multi-hit outings in four consecutive contests, spanning from April 3-9
• Recorded home runs in back-to-back contests at LSU (April 2-3) to help Vanderbilt secure its first three-game sweep in Baton Rouge
• Closed out the series at Tennessee (April 17-18) with back-to-back three hit outings, including a pair of RBI in the series finale
• Scored two runs in the midweek matchup against Austin Peay (April 20), finishing 1-for-3 in the contest
• Drove in a run in the series-opening win over Kentucky (May 20), while going 3-for-4 from the plate