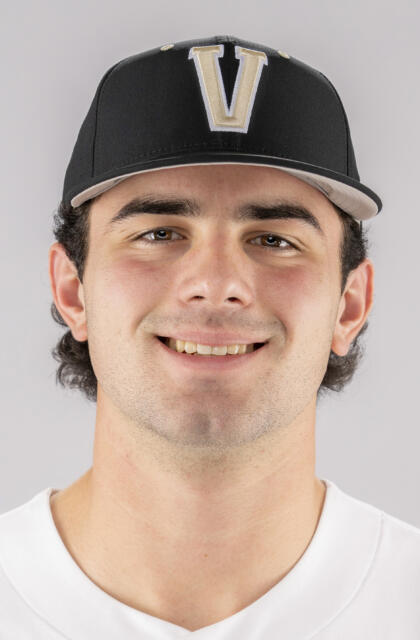 Head coach Tim Corbin on Keegan: “Dominic has been a very steady and consistent presence in our program for the last four years. We are grateful that he chose to come back to Vanderbilt for his final year. He has been a part of two national championship experiences and understands team commitment. His maturity and connection with the entire group, are reasons why Dom is so respected within the program. He gives our team very good defensive versatility with his catching skills and his experience at first base. He has grown each year as an offensive player and can change the scoreboard with his power. Dom is a very grounded and humble young man.”

As a Junior (2021)
• Selected by the New York Yankees with the 573rd pick in the 19th round of the 2021 MLB Draft
• Second Team All-America honors from Perfect Game
• ABCA All-Southeast Region first team selection
• Batted a team-high .345 across the season, while also leading the team in RBI with 57
• Slugged .638 to rank sixth in the SEC
• Belted 15 home runs, ranking second on the squad
• Named SEC Co-Player of the Week on March 1
• Selected as the Most Outstanding Player of the NCAA Nashville Regional
• Collected two hits and drove in another two in the season-opener against Wright State (Feb. 22)
• Drove in six runs in the 17-6 win over Georgia State (Feb. 28)
• Went 4-for-5 in with four RBI the 12-5 midweek win over Tennessee Tech (March 30)
• Drove in four runs in the series opening-victory over LSU (April 1)
• Had a 5-for-5 day against Kentucky (May 22) in the regular season finale
• Entered the postseason with 20 hits in the final 11 regular season contests
• Belted a career-high two home runs in the first game of the NCAA Nashville Regional against Presbyterian (June 4)

The Keegan File
• Prepped at Central Catholic (Lawrence, Mass.)
• Perfect Game’s top catcher in Massachusetts
• Ranked No. 14 catcher in the class of 2018 nationally (Perfect Game)
• All-conference and all-scholastic honors all four years
• Led the Raiders to four-straight MVC large titles
• Batted .402 (112 for 278) with 75 runs, 69 RBIs and 39 extra-base hits in high school
• As a senior, batted an area-best .463 (38-for-82)
• Posted a .546 on-base percentage while .768 slugging as a senior
• Logged a team-high 19 RBIs and an area-high 30 runs as a senior
• Communication studies major
• Recipient of the Hendrix Athletic Scholarship
• Son of James and Kara
• Brother to James
• Majoring in communication studies