Lea, however, isn’t one to get to overly worked-up about such a trivial note. There are too many other pressing matters at hand as the Vandy alum looks toward the start of spring practice, the 2021 season and, ultimately, the construction of a program he can call his own.

“It starts with the belief in what is possible here,” Lea said. “We don’t want to be too specific or narrow what that can be. We want there to be a baseline energy around finding out what that potential is.”

In the last 64 days Lea has finalized the majority of his coaching and support staff, completed Vanderbilt’s 2021 signing class and done hundreds of other foundational tasks in order to lay the building blocks of what Commodore football will look like under Clark Lea.

The former Vandy fullback and Notre Dame defensive coordinator recently took a moment to speak with VUCommodores.com about how he has handled his first handful of weeks back on West End and what to expect moving forward:

All 11 spoke about Lea’s vision being at the core of what drove them to join the team at Vandy.

“The idea is that good coaching is about inspiring movement forward. It’s about relationships. It’s about doing things the right way,” Lea said of his staff. “We all believe in accumulating small wins in the margins. Just finding all those little areas we can maximize and optimize that to fuel a winning product on the field. 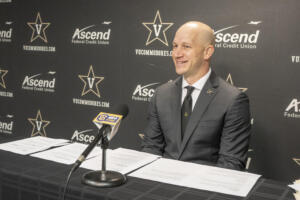 “That vision and thought process excites the staff because the idea is that as a coach, you can have an impact. If it becomes purely about talent acquisition, you’re just rolling the ball out and letting things happen. We’re going to leave nothing to chance here and be smart in our approach.”

And part of that approach has consisted of filling out an extensive and impressive roster of staff members that includes Barton Simmons, Casey Stangel, Earl Bennett and Nik Valdiserri. They all have joined forces with Lea to create a new era of Vanderbilt football.

Spelling Leader with L-E-A
Lea holds two degrees from Vanderbilt University, both in political science. The lessons he learned as a student-athlete and then graduate student, he said, have shaped his ability to be a critical thinker, analyze data and communicate through both the written and spoken word.

“It’s about a discipline to do what’s necessary to achieve in any area. I learned that through my time here as a student,” Lea said of his college days. “Sometimes you have to write the paper. Sometimes it takes all night and you’re not going to be victimized by that. You learn how to do the necessary work, do it to a standard, and to take pride in it.” 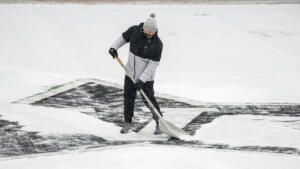 He has always marveled at the leadership styles of Tim Corbin, Don Meyer and Ricky Bowers. He has coached alongside Brian Kelly, Rick Neuheisel, Dave Clawson and John Stiegelmeier.

These days his literature preferences can be found in the historical biography section, where he studies Abraham Lincoln, George Washington, John Adams, Theodore Roosevelt and Grover Cleveland, to name a few.

“For me it’s always about finding fresh perspective. Our problems aren’t unique,” Lea said. “We’ve dealt with the same dilemmas for centuries and we can always learn from the experiences of others – past successes, past failures.

“Leadership has to be an authentic voice and has to have a uniquely personal style, but we can learn from the lessons of others.”

Clark’s Commodores
Most of the young men who don the black and gold in 2021 won’t be those who were hand-selected by Lea and his staff. Most of the team’s true freshmen had committed to the school and program long before Lea was hired in December. And the returning Commodores, of course, played for a different head coach in 2020.

Lea said for the immediate future he’ll focus his recruiting efforts in a, “five-hour radius” around Music City. The Montgomery Bell Academy graduate also agreed that his journeys to Los Angeles, South Dakota, upstate New York and North Carolina help in his ability to make connections across the country.

“The thing my traveling has assisted with is the ability to relate to people from different backgrounds and different areas. Ultimately, that’s what recruiting is: this ability to be relational and to get to know people on their turf,” Lea said. “I feel like my journey has delivered me to this opportunity. I think it has prepared me for it and I’m excited to use it to fuel me forward.” 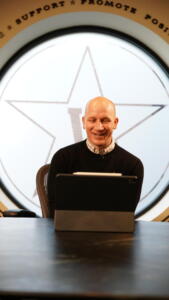 That shouldn’t be viewed as a negative.

Next month, Vanderbilt will hit the turf for its first spring practice under Lea and company. Brandon Hourigan, the director of strength and conditioning, will be charged with shaping the team from a physical standpoint while Kaelene Curry, the director of mental performance, is tasked with helping shape the Dores off the field.

Lea’s coaching staff all the while will be busy working on a technical and tactical plan.

An Authentically Vanderbilt Process
“We want to reimagine this program. We want to reimagine its place in the league and approach in from an angle that allows us to reach for what’s possible,” he said. “We’ll certainly have to move quickly in some areas, urgently at times, but everything we do will be plotted out and thought out on the front end.”

Inside the locker room Lea hopes to create more of an environment than a culture. He said a winning environment will be demanding, laser-focused, detailed and have accountability and ownership.

The Lea process, meanwhile will be calculated, methodical and deliberate. It will be a process unique to the Commodores.

“The nature of the calendar will force us to be urgent in some areas, but everything that we do will be thought-through and we’ll take a smart approach,” he said. “We’ll take an approach at times that requires us to be outside the box because I think that’s being authentically Vanderbilt.”