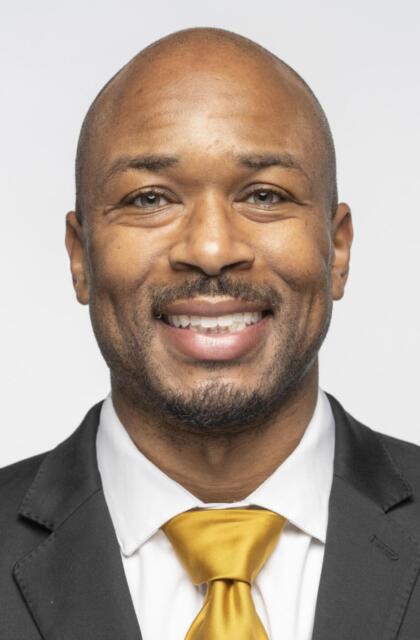 Vanderbilt graduate Norval McKenzie joined the Commodores as the run game coordinator and running backs coach in January, 2021, after two seasons at Louisville.

In his first season back in Nashville, McKenzie mentored a young group of running backs following a season-ending injury to Re’Mahn Davis in the third game. Sophomore Rocko Griffin Jr. led the team in rushing with 517 yards and four rushing touchdowns. He eclipsed the 100-yard mark in three games, including the final two contests of the season at tenth-ranked Ole Miss and Tennessee. Freshman Patrick Smith added 360 yards.

At Louisville, McKenzie’s running backs excelled as he guided Javian Hawkins to a record-breaking freshman season and a team-high 822 yards and a squad-best seven rushing touchdowns in 2020.

Before joining the Louisville staff, McKenzie, a 2018 Broyles Award nominee, spent the previous three seasons as the running backs coach at Arkansas State. The Broyles Award is given to the best assistant coach in college football.

In 2018, McKenzie’s running backs were an integral component of the offense that averaged 186.4 yards/game on the ground, guiding the Red Wolves to an 8-5 record.

As the special teams coordinator, McKenzie’s units were some of the best in program history. The Red Wolves set an NCAA record for punt return defense by holding opponents to minus-15 yards for the season, and closed the year ranked sixth nationally in kick return defense.

Marcel Murray, who finished seventh in the Sun Belt in rushing in 2018, ran for 860 yards and eight scores, while Warren Wand totaled 792 yards and four touchdowns to help the Red Wolves finish fifth in the conference in rushing. Murray was tabbed the 2018 Sun Belt Conference Freshman of the Year while Wand closed his career in the top five in school history in rushing yards.

McKenzie’s impact was felt during 2017, when he helped the Red Wolves rank No. 10 nationally in total offense, averaging a school-record 494.8 yards/game. The unit also accounted for 10 combined touchdowns as the team ranked No. 13 in the country in scoring offense with 37.8 points/game. In that season, Wand and Johnston White combined for 1,145 yards and nine touchdowns.

In McKenzie’s first season, 2016, the Red Wolves won a Sun Belt championship with a 7-1 record and defeated UCF 31-13 in the Cure Bowl. During that campaign, Wand and White combined to rush for 1,351 yards and 12 touchdowns. Wand, a second-team all-conference honoree, rushed for a team-high 879 yards, while also posting 24 receptions for 279 yards and three more scores.

At Furman, McKenzie instructed a pair of All-Southern Conference running backs and two others who were named to the league’s all-freshman team. Jerodis Williams was a two-time All-SoCon choice after rushing for 2,225 yards and 20 touchdowns in his junior and senior campaigns. Williams also earned All-America honors in 2012 when he led the FCS in kickoff returns (35.9 yards/return).

Hank McCloud, who completed his career ranked 10th in Furman rushing history, garnered all-conference recognition in 2013 after running for 1,110 yards and five scores. Triston Luke rushed for 385 yards and a pair of scores in 2015 to find a place on the league’s all-freshman team, while Marcus Anderson earned the recognition in 2013, when he posted 334 rushing yards and two touchdowns.

McKenzie helped lead Furman to a 2013 SoCon championship. In 2011, the Paladins earned wins against FCS No. 5 Wofford then FCS-member Appalachian State, ranked No. 3 at the time of the victory.

Following graduation from Vanderbilt, he began his coaching career at Hiram (Ga.) High School, working two seasons there before returning to Vanderbilt as a graduate assistant coach for the 2008 and 2009 campaigns. During the 2010 season, he served as an assistant recruiting coordinator and aided with player development.

The 2008 season was highlighted by Vanderbilt posting its first winning campaign (7-6) since 1982 with a 16-14 victory over Boston College in the Gaylord Hotels Music City Bowl – the program’s first bowl triumph since 1955.

McKenzie earned an undergraduate degree from Vanderbilt in secondary education, political science and American history in 2005. He completed his master’s degree in education at Vanderbilt in 2010. 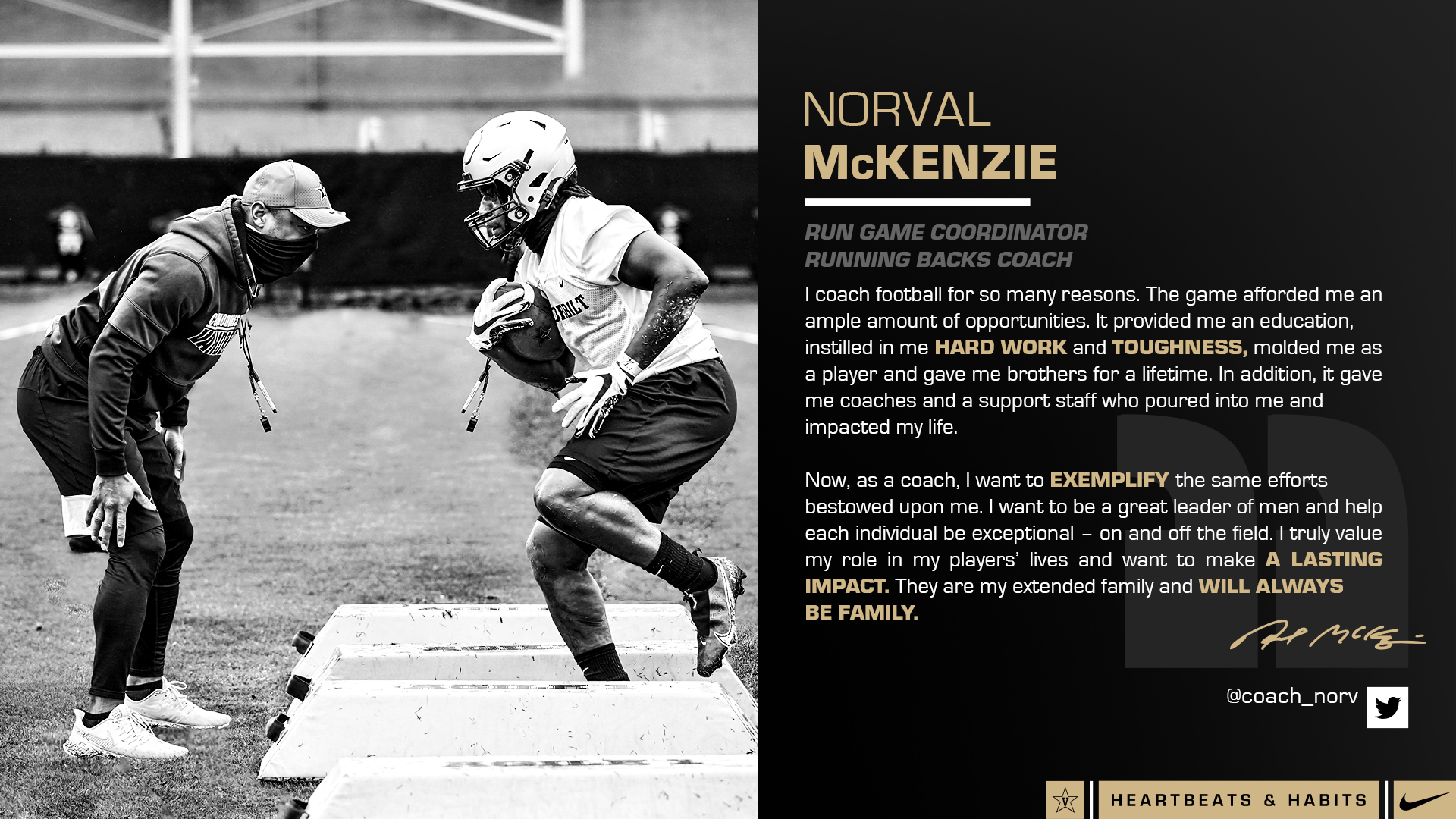