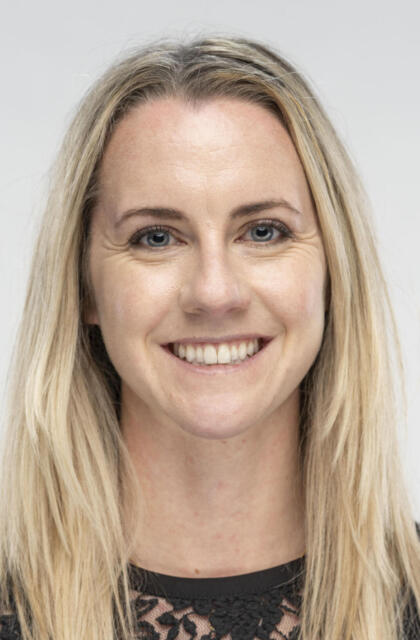 Feature Pieces
VUCommodores.com – Curry and the Commodores
The Athletic — Vanderbilt’s brain coach is a ‘core component’ of Clark Lea’s rebuild

Kaelene Curry joined the Vanderbilt football program as the director of mental performance in 2021, following a six-year stint with the Selking Performance Group.

Curry, a licensed professional counselor in Colorado, served as a mental performance coach, speaker and consultant for the Selking Performance Group. She was also a mental health counselor with Green Couch Counseling and an adjunct professor for the sport and performance psychology graduate program Denver University.

She spent the 2014-15 softball seasons as an assistant coach and recruiting and camp coordinator at Sonoma State, aiding in scouting and game preparation. Curry did mental performance coaching with both Northern Colorado’s and Sonoma State’s softball teams.

She began her coaching career during the 2014 season as a volunteer assistant coach at Northern Colorado.

Before coaching, Curry topped off a standout playing career at University of Missouri Kansas City. Upon graduation, she was second in Kangaroo history in single season batting average (.390) and career average (.350) while holding the program single-season records for runs (46) and on-base percentage (.516) and career marks for runs (142) and hits (223). She was chosen the Summit League Player of the Year in 2011.

A native of Downers Grove, Illinois, Curry graduated from the University of Missouri Kansas City with a degree in psychology and earned her master’s in sport and performance psychology from Denver in 2014.