The Commodores are under the direction of first-year head coach Clark Lea who was a three-year member of the Vanderbilt football program serving as a fullback from 2002-04. Lea received his undergraduate (2004) and graduate (2007) degrees from Vanderbilt in political science.

“I knew this would be different,” Lea said. “I knew it would feel different for me. When you’re responsible for a unit or a position group you have such a narrow focus when you take the practice field. There are very specific things you want to accomplish.

“For me, this is about just taking a really broad look at the program, how it functions, how it transitions. I’m putting my eyes on every position group and individual to make sure we’re doing the things we need to do in our drill work to be the developmental program that we want to be. I keep an eye on every aspect of the program with how we practice, how we communicate with each other and all the things we’ve talked about this point.”

EARN EVERYTHING
Vanderbilt completed its initial workout without jersey numbers. The Commodore defenders donned black Vanderbilt jerseys while the offense had on white. Each player had the word Vanderbilt across his chest.

“We’re going to earn everything in this program,” Lea said. “We rent those numbers. We don’t own them until we’re ready to go work within them and to leave them better for the next person. That’ll come. I don’t want to put a timeline on it. We’re monitoring the manner in which our players occupy the spaces within this program and on our campus. That also does not come all at once.

“This will be according to each individual and his commitment level to move this program forward. The biggest thing for me we want to strip down all the extraneous right now and just focus on how we’re building this team together. The rest of it will come with time.” 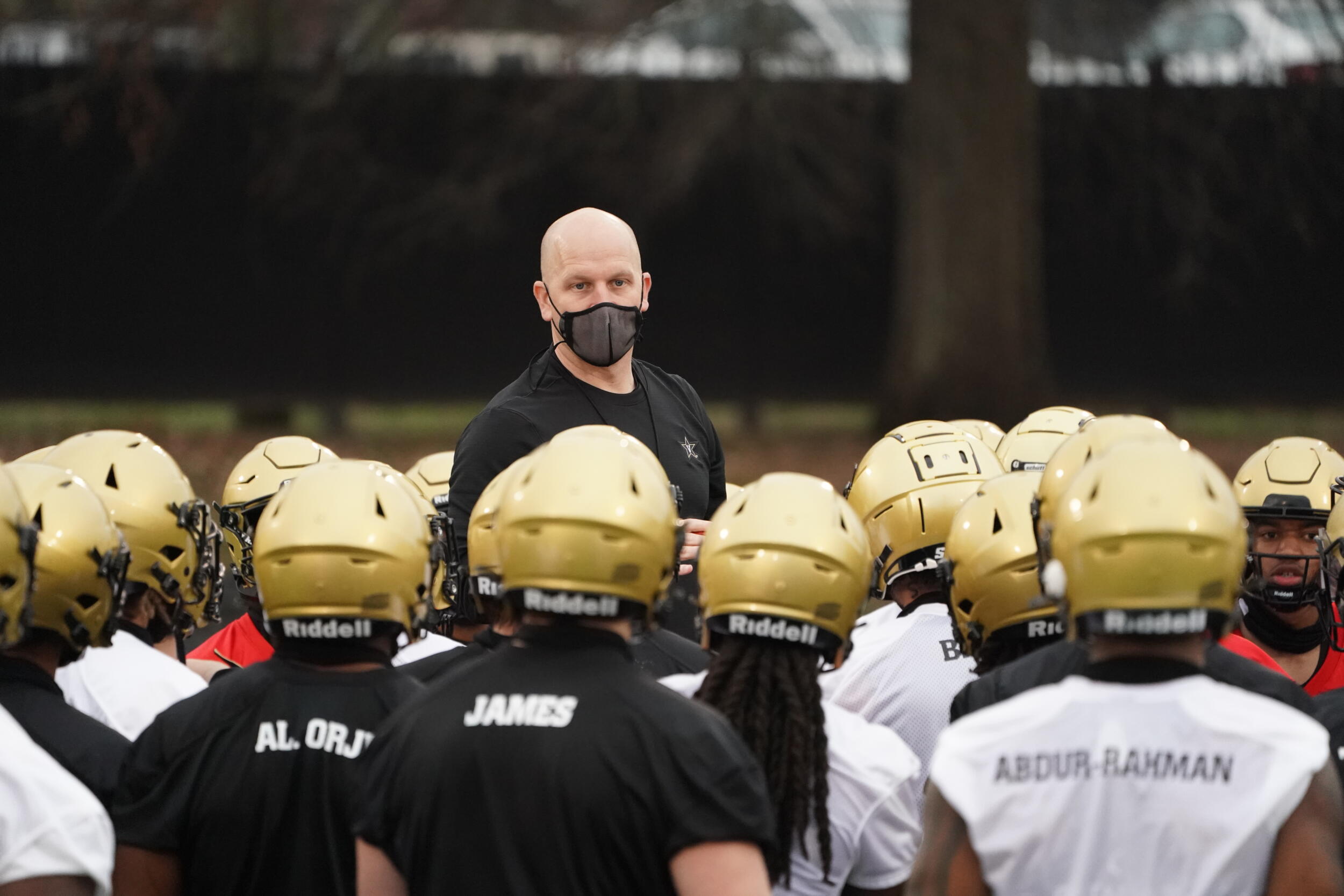 ALL ABOUT THE STAR V
Since Lea arrived on campus, the focus has been on the Vanderbilt Star V logo.

“This has been important to me as I’ve thought about this program ever since I was here, honestly,” Lea said. “No one is allowed to assign the value of being a part of this program except for those within the program. No one can tell us what it means to be a Vanderbilt football player except a member of this program which we define and what we’re willing to invest in this program and what will sacrifice for this program.

“We want to strengthen the Star V everything we do. This is ours. This logo is ours. This is the one signifier we have. And we need to make it special. Not by talking about it, but through our actions and through our dependability, accountability and ownership. That mindset kind of drives you and drives our behavior in this program.”

COMMODORES GO THROUGH PRO DAY
On Monday, a trio of Commodores went through the school’s annual pro day activities.

Defensive lineman Dayo Odeyingbo, who played in 44 career games with 29 starts, ended his Vanderbilt career with 125 tackles, 31 tackles for loss, 12 sacks, one interception, one caused fumble, two fumble recoveries and 22 quarterback pressures. He ranked fifth in Commodore history in tackles for loss and was a second team All-SEC selection in 2020. 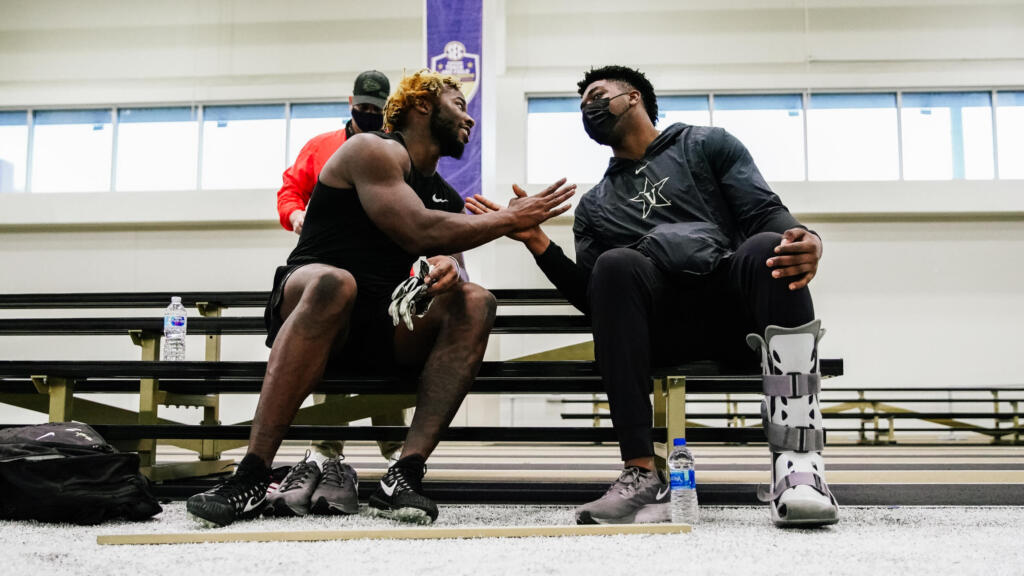 Meyer wrote about his pro day experience and training for the memorable day here.

NINE EARLY ENROLEES TAKE PART IN SPRING BALL
Seven early enrollees and two transfers arrived at Vanderbilt in January and will be spending spring practice with the Commodores.

Offensive lineman Junior Uzebu spent the last three years with West Virginia playing in two games during the 2019 season. Running back Re’Mahn Davis played in 16 games at Temple during the 2019 and 2020 seasons. He finished with 271 carries for 1,259 yards (4.6 yards/carry) and nine touchdowns to go along with 27 receptions for 243 yards (9 yards/catch) and two scores.