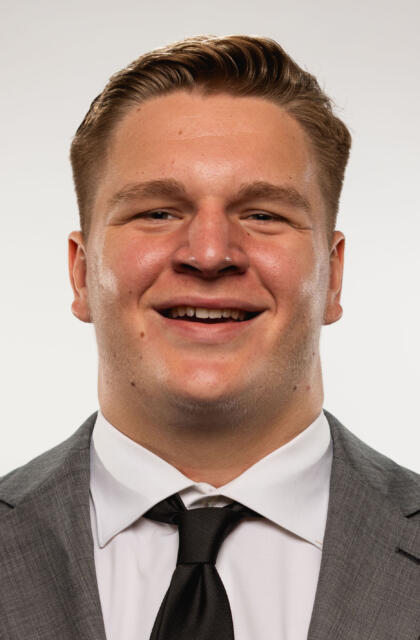 The Pitchford File
• Lettered three years at East Coweta under coach John Small
• Consensus three-star prospect, according to ESPN.com, 247Sports.com and Rivals.com
• Three-time All-Region 2-7A selection
• 2019 Newnan Times-Herald All-County honoree
• Guided East Coweta to the 2020 Region 2-7A championship, the program’s first since 2002
• Four-time Georgia High School Association (GHSA) 7A playoff participant
• As a senior, helped the Indians to a 10-2 record and a trip to the GHSA 7A playoffs as the No. 1 seed
• East Coweta went on an eight-game winning streak before falling to Parkview in playoffs
• Aided the offense as it scored 32.1 points per game and registered 5.4 yards a rush in 2020
• During junior year, team went 6-6 and qualified for the GHSA 7A playoffs
• Part of an offense that scored 24.6 points per game and averaged 5.1 yards a rush in 2019
• Son of Natalie and Blaine Pitchford
• Father played football at Troy University
• Has two older sisters, Baylin and Kathryn
• Won free tickets to the Super Bowl after winning a European youth sports video competition
• Undeclared major