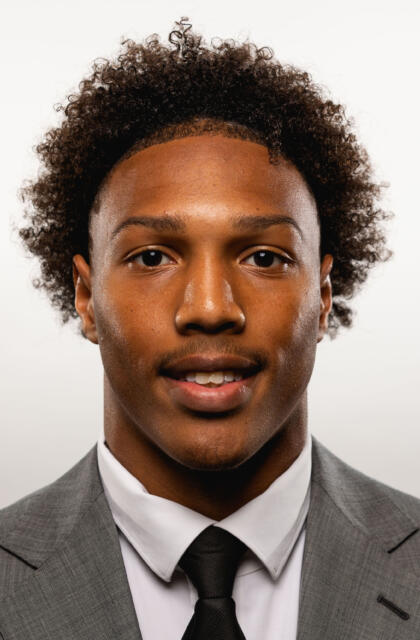 The Russell File
• Lettered three years at St. Thomas Aquinas under coach Roger Harriott
• Consensus three-star prospect by ESPN.com, 247Sports.com and Rivals.com
• Helped the Raiders to an 8-1 mark in 2020 and Florida High School Athletic Association (FHSAA) Class 7A state championship
• After a 37-14 victory against Bloomingdale in the semifinals, during which he was the MaxPreps.com Defensive Player of the Game, claimed the state title with a 31-21 triumph over Edgewater
• Program captured the school’s 12th state championship, the most of any Florida high school
• As a junior, booked 18 tackles and intercepted two passes as St. Thomas Aquinas went 15-0 and won a FHSAA 7A state title
• Joins Gunnar Hansen and Quincy Skinner Jr. as Raiders to sign with the Commodores in 2020
• Son of Lysandra and Twan Russell
• Father was a four-year letterman (1993-94-95-96) at the University of Miami, earned all-conference honors as a linebacker in 1996 and was a fifth round NFL Draft pick in 1997 by the Washington Redskins, playing for the Redskins, Miami Dolphins and Atlanta Falcons during professional career
• Has an older sister, Taylor, and a younger sister, Tory
• Undeclared major