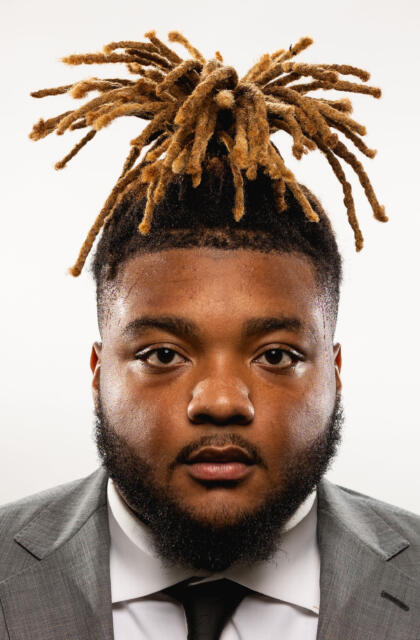 The Sugick File
• Lettered three years at National Christian Academy under coach Andre Kates and one year at Rock Creek Christian
• Consensus three-star prospect, according to ESPN.com, 247Sports.com and Rivals.com
• Listed as the No. 31 defensive tackle in the country by Rivals.com, No. 46 by ESPN.com and No. 53 by 247Sports.com
• The No. 22 prospect in Maryland, according to ESPN.com and 247Sports.com and No. 19 by Rivals.com
• Two-time defensive player of the year
• Honorable mention All-MET selection
• Team did not play in the fall of 2020 due to COVID-19
• During sophomore year, booked 73 tackles and 9.0 sacks
• As a freshman, helped National Christian to a 9-2 record
• National Christian Academy began its varsity football program in 2013 and is the alma mater of NBA star Kevin Durant
• Son of Tasheeka Hawkins and Terry Lee Sugick Jr.
• Has two younger brothers, Terek and Trent
• Undeclared major