NASHVILLE, Tenn. — After 13 years on the Vanderbilt women’s tennis coaching staff, former Commodore standout Aleke Tsoubanos has been promoted to head coach while Geoff Macdonald remains on staff as an assistant coach after 26 years at the helm.

“There is no one more capable or more prepared to lead our women’s tennis program than Aleke Tsoubanos,” said Vanderbilt vice chancellor for athletics and university affairs and athletic director Candice Lee. “As a student-athlete and coach on West End, Aleke has lifted Vanderbilt to an elite level, and has impacted numerous Commodores whom she has mentored into successful professionals in tennis, business, and in life. 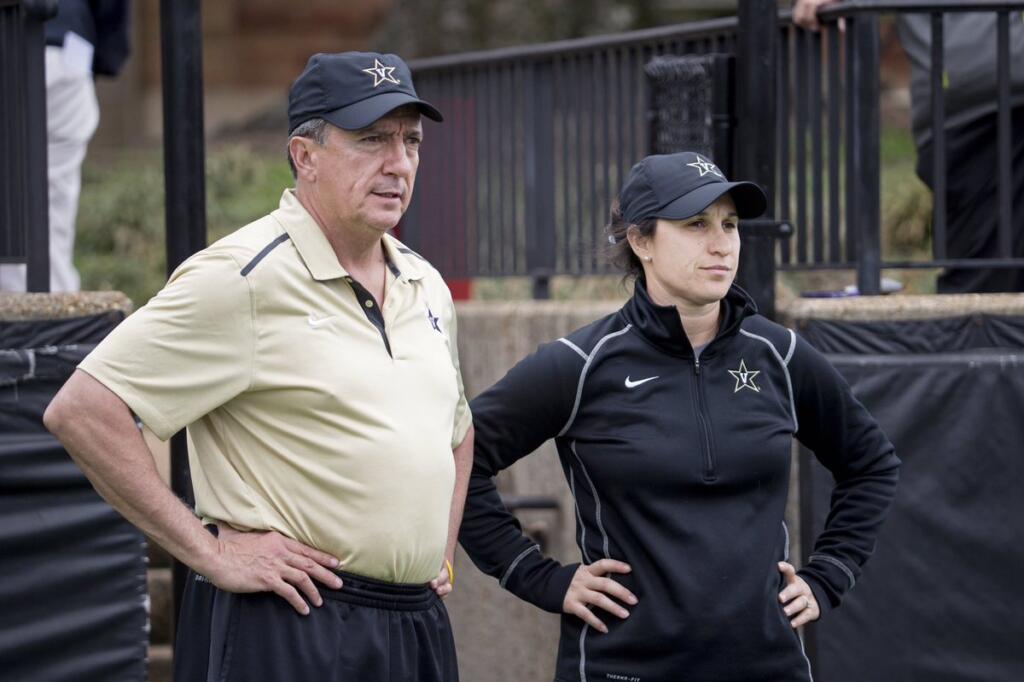 “I am honored and thrilled to become the next head coach for Vanderbilt women’s tennis,” Tsoubanos said. “This is truly a dream come true. I want to thank Candice Lee for her trust in me and the opportunity to lead this illustrious program. I also want to thank coach Macdonald for his incredible support, mentorship, and leadership that has helped mold me as a collegiate tennis coach. I am so excited about our team and the future of Vanderbilt women’s tennis.”

“Aleke is just an incredible human being and it’s been my privilege to coach her and then work alongside her for the past 13 years,” Macdonald said. “We have accomplished so much together, and I am glad we will continue to coach together going forward. Aleke and I discussed this transition over the past few years and I’m so excited to watch her excel and take over as head coach.”

One of the most-respected college coaching duos in the country, Tsoubanos and Macdonald led the Commodores to the program’s first national championship in 2015. The pair has also ushered the Dores to 236 wins, 12 NCAA Tournament appearances and back-to-back SEC Tournament and regular-season titles in 2017-18. 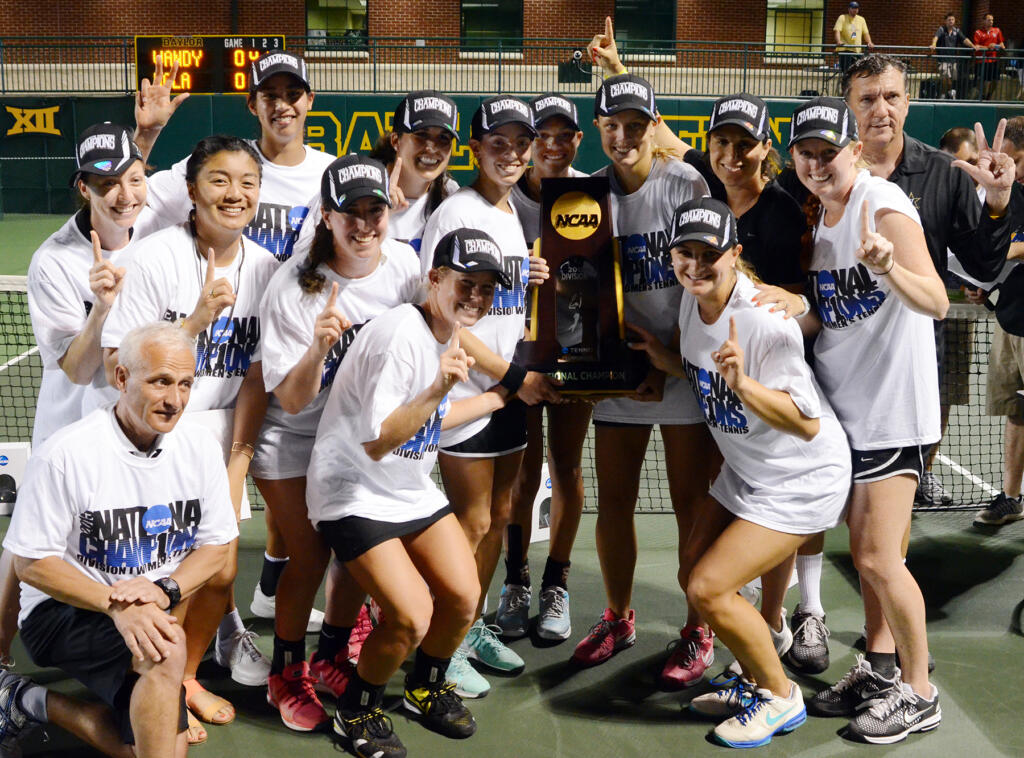 Since 2008, the duo has produced nine singles ITA All-Americans as well as three All-America doubles teams, in addition to 32 All-SEC honorees, including 17 first-team recipients and nine SEC All-Freshman team members.

Off the court, 70 student-athletes were named SEC All-Academic honorees over the past 13 seasons and three were named SEC Scholar-Athlete of the Year.

A native of St. Louis, Tsoubanos was a standout student-athlete for the Commodores. During her career on West End, she was a three-time ITA All-American (2002-04), first-team All-NCAA selection, first-team All-SEC selection in both singles and doubles and was the first player to win the ITA All-American Riviera doubles championship two consecutive years with two different partners. Tsoubanos also excelled off the court where she earned All-SEC Academic Team accolades.

Inducted into the Vanderbilt Hall of Fame in 2015, Tsoubanos still holds four school records. She partnered with Kelly Schmandt in 2004 to win 15 consecutive doubles matches and she owns the highest doubles winning percentage in a career, winning 82 percent of her doubles matches from 2000-04. She also has the most career doubles victories with 119 and registered 32 doubles victories in a season with both Sarah Riske (2003) and Kelly Schmandt (2004)

The Commodores enjoyed some of their most successful years while Tsoubanos was a member of the team. Vanderbilt made the NCAA title match in her freshman season and made the NCAA quarterfinals (2003) and semifinals (2004) in her final two years in black and gold. 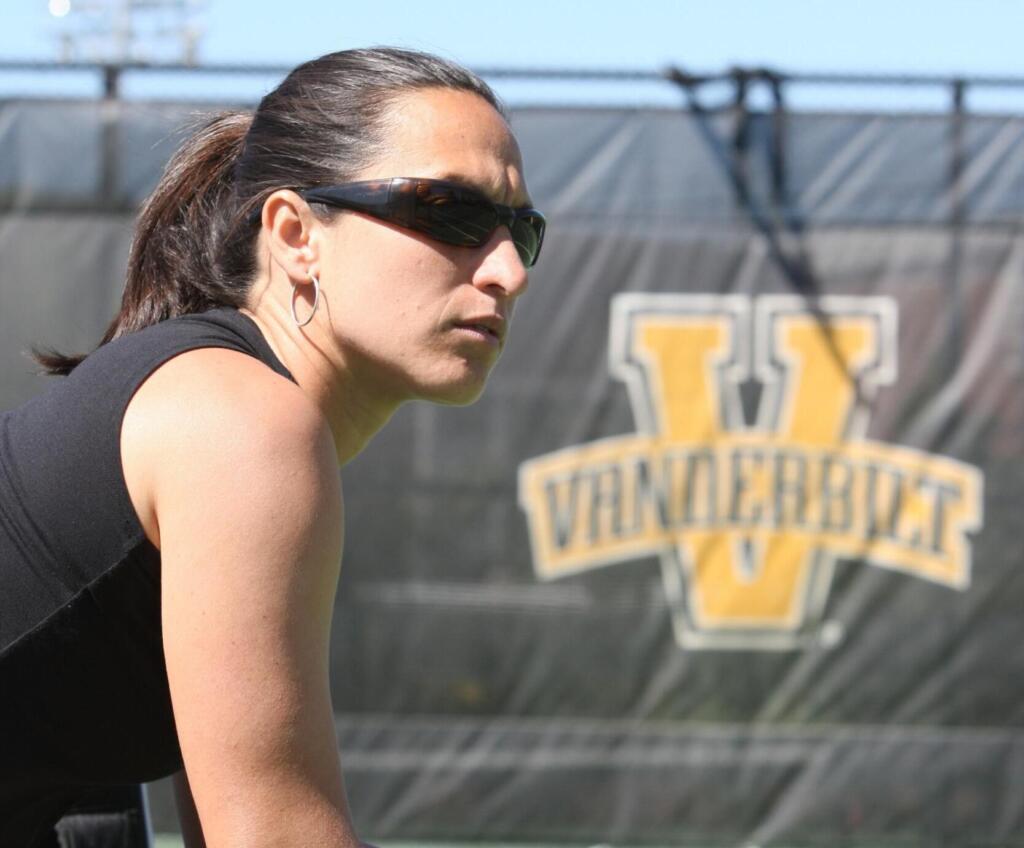 Tsoubanos also spent two seasons with World Team Tennis for her hometown team, the St. Louis Aces, in 2005 and 2006. While with the Aces, she scored doubles wins over such players as Anna Kournikova and Meghann Shaughnessy.

Tsoubanos resides in Nashville with her husband, Dr. Jason Valentine (associate professor of mechanical and electrical engineering at Vanderbilt) and their three children: Andrew, Evie and Lia.