The following is a piece written by Taiana Tolleson for VUCommodores.com as she describes her career at Vandy. 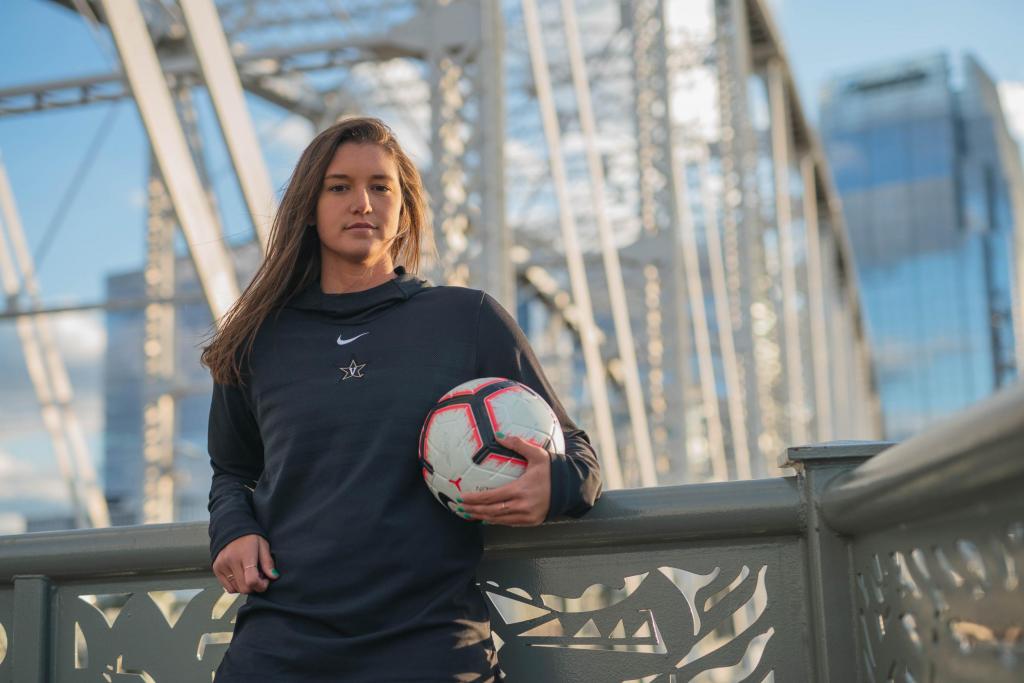 There are so many things I could say about my experience at Vanderbilt, but I don’t think there are enough words to truly sum up how grateful I am for my time here.

If you would have told me as a junior in high school that I would play soccer for a top-level program and get a degree from one of the best academic schools in the nation, I would have laughed in your face. Not because I didn’t think I was good enough, or because I didn’t think I was smart enough, but because no one from my island had ever done it before.

I’m from a small town in Kailua-Kona, Hawai’i. Yes, Hawai’i – so cool right?! However, it is not all paradise when you live there and see what it’s like beyond the beautiful beaches and five-star resorts. It is a lot harder to get the opportunity to leave, and a lot of the time, people never do. It may be because we are so far from the other states and people are scared of stepping out of their comfort zone, or because of all the families living in poverty, but it could also be due to living in a state where teen pregnancy, drug use and dropping out of high school has become more and more normalized.

Experiencing some of these issues first hand and seeing how prevalent these factors are in the lives of those who live in Hawai’i makes it easy to think that you’re not supposed to make it out or experience anything different. From the high school class of 2016, only nine people from the entire state of Hawai’i went on to play soccer at a Division I college. In the years before that, the numbers only decrease. Knowing those statistics made it hard to believe I ever had a chance to be one of those people. 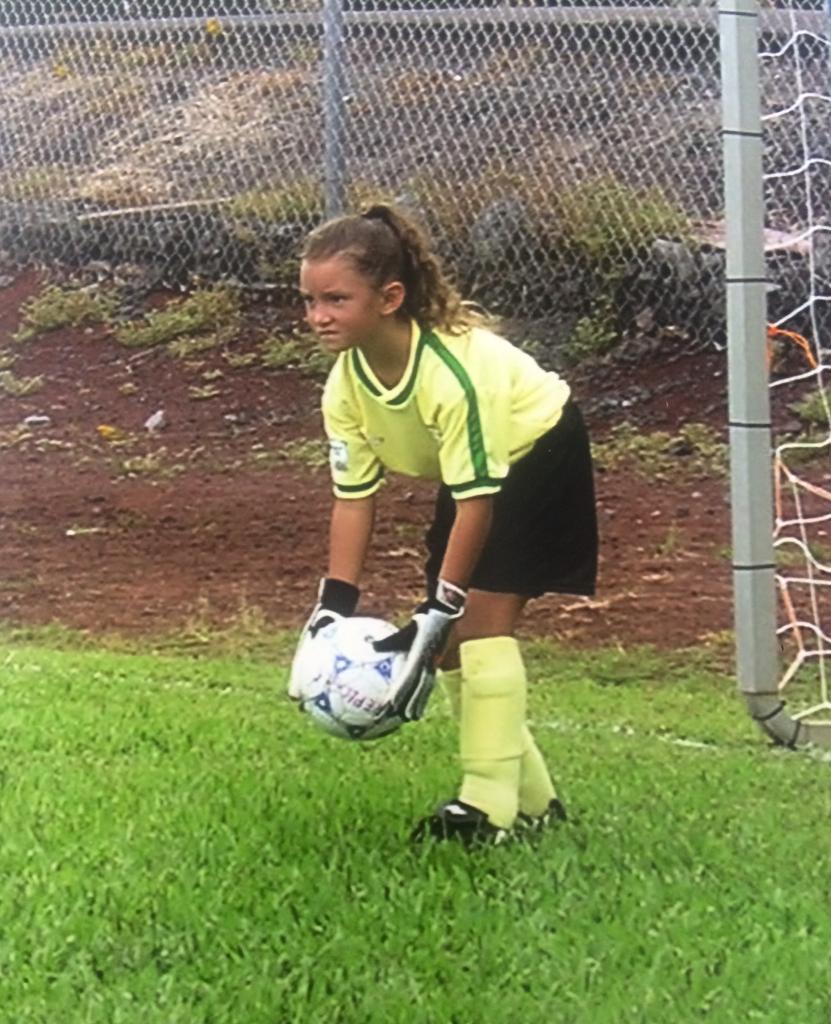 I knew graduating from college would give me opportunities that living in Hawai’i with a high school diploma could not. I realized soccer was something I could use to get a higher education, knowing my family didn’t have the resources to pay for it alone. I hadn’t received many offers – but none from any Division I schools prior to my junior year of high school. At a Las Vegas college showcase in March, when my club coach told me that the head coach of the Vanderbilt women’s soccer team was interested in recruiting me, I lit up and thought, “Well that’s it, I’m there.”

Little did I know, I was far from making it. On my unofficial visit in April, Vanderbilt head coach Darren Ambrose told me that I needed to bring my ACT and SAT scores up if I wanted to play for the program. I was devastated and remember going home thinking there was no way I could do that.

But between the weekends spent taking practice tests and five SAT and ACT tests later, the sacrifices paid off and I was signing my letter of intent to play soccer at Vanderbilt University. 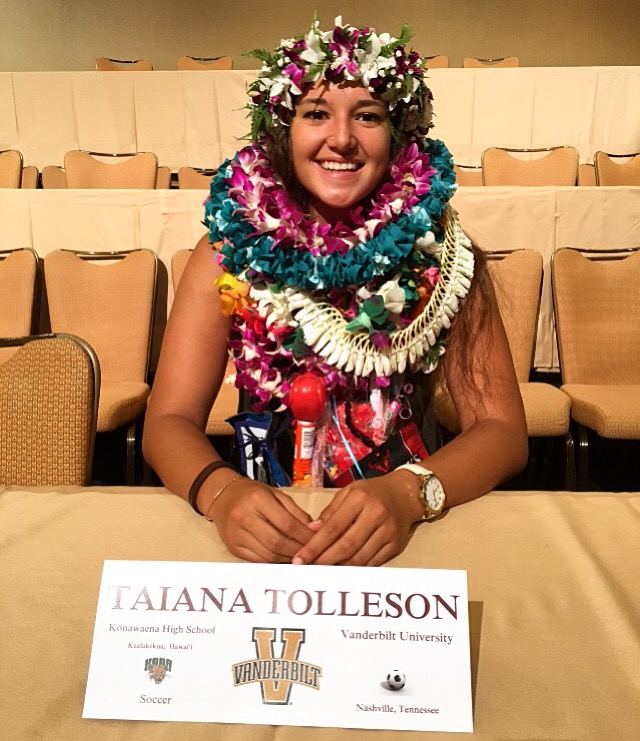 As exciting as it was to step foot on campus and begin the next chapter of my life in Nashville, Vanderbilt has not always been the home I would say it is now. The adjustment without my family by my side and the beach five minutes away was hard. Every aspect of your life changes and the difference on the field and in the classroom is something that took a lot of getting used to for me.

You go from being one of the best players on your team and having an amazing GPA to not seeing much playing time and having to learn how to study at the level that Vanderbilt demands, all while needing to find a way to balance your time between practice blocks and classes each day. It is not easy, and at one point during my freshman fall I fell into a small depression and remember thinking, “Vanderbilt may not be where I belong.” I didn’t know it then, but deciding to stay and stick it out was the best decision I have ever made.

During freshman and sophomore year I didn’t see a lot of time on the field at all. A few minutes here and there and in only about six games my sophomore year. It was rough, but it also helped me build characteristic traits that I would have never developed without this experience. It taught me to always put the team before myself and more importantly how to have a good attitude when I have faced hardships that are a lot deeper than playing time.

A unique aspect about our class is that we came in with two goalies, something you rarely see on college teams. Lauren (Demarchi) and I were in the same boat for freshman and sophomore year when it came to playing time and when junior year came around, neither of us knew what was going to happen now that we were the only upperclassmen keepers.

We both came in fit and eager to play and luckily both saw time on the field. We split time equally for the first 10 games of the season before she rightly earned the full-time position and finished the season off playing all 90 minutes in games.

That hurt. A lot. Realizing I was no longer in the lineup with a lot of season left was definitely the hardest thing I had experienced during my time on the team here. However, it is also the best thing that could have happened. I took a few days to wrap my head around it and get my anger out and told myself that if it was the best thing for the team I would keep a good attitude about it and continue to support Lauren and try to make her better every day in practice.

This has also helped with the situation between Lauren and I again for our senior year. We have continued to split time each game and we have never been closer off of the field. We push each other to get better every day and pick each other up when things aren’t going our way. We both want to see each other succeeding and this has helped us become not only better players but better people. 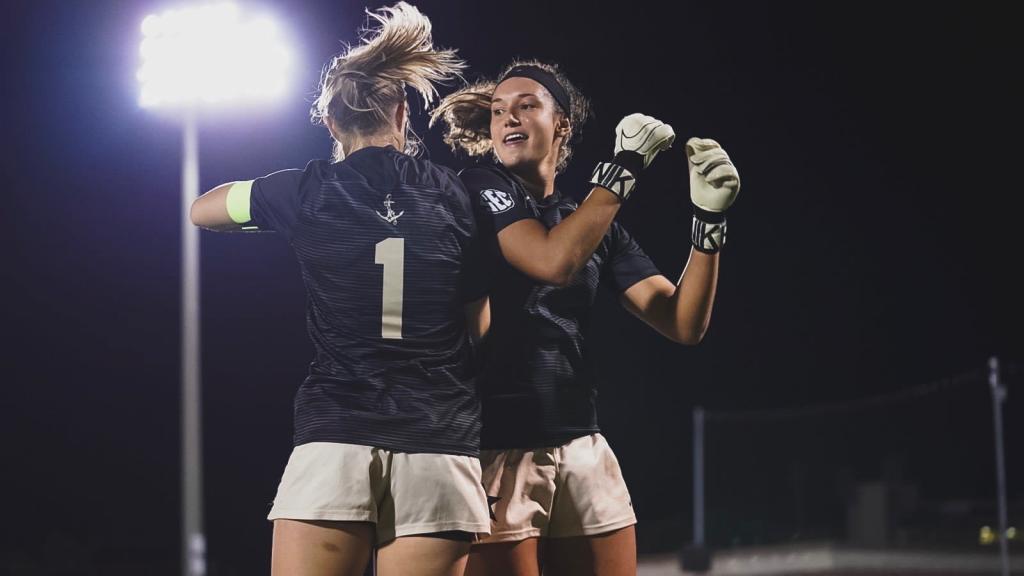 As a whole, it has been such a long and special journey for our senior class. We came in during a time when Darren and the staff knew where they wanted the program to be, but didn’t know if he had the right players and culture to get there, which goes far beyond how great of a soccer player someone is. During our time here we have experienced many challenges and obstacles on our journey to being where we are at culturally. Don’t even get me started on the ROTC training and the amount of sandbags circuits we did our freshman year!

As hard as all of this was, we got the opportunity to rebuild the core values, culture and set higher standards which has helped in the successes we have achieved in the last couple of years. I know there have been many moments I could talk about from the past four years here, including beating Florida for the first time since 1997, winning the SEC, the long bus rides, pre-game dance parties and even Maddie Elwell’s slip up in the team room (if you know, you know).

But the biggest moment from my college career would be beating Tennessee for the fourth time with 46 seconds left in the second overtime. The game was scoreless and I remember walking back on the field for overtime thinking, “We’re going to win, there’s no way we’re losing this game.” When the corner kick came with a minute left I moved a little closer to the halfway point hoping the ball would reach the back of the net and that the run to join my team was a little shorter.

When the ball went in and the ref blew the whistle I could see the entire field from where I was and I saw many emotions on the faces of the team, especially the seniors. I ran in to meet the team, tears of joy rolling down my face and it’s a moment I’ll never forget. Starting off SEC play for the last time and beating our biggest rival for the fourth year in a row was something special and not something everyone can say they’ve done. 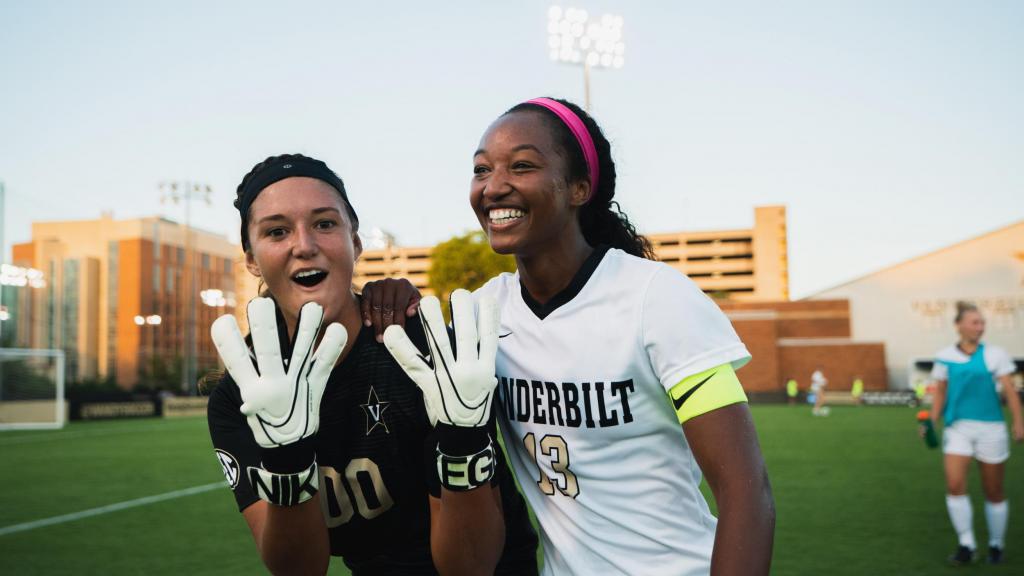 Playing college soccer at Vanderbilt has given me the chance to be a role model. I am an older sister to four siblings and many little cousins. They taught me responsibility and maturity early in life and they’re the reason I have pushed myself to be where I am today. I hear my little brothers in second grade telling me they want to go to college and they have no clue what college even is. Besides my family, I have the opportunity to be a role model to other girls in my community who have the same dreams I once had growing up. It means a lot to be from a place as special as Hawai’i and I love that the list of Division I soccer players has continued to grow over the past few years.

There are many things that I am thankful for at Vanderbilt. It’s given me a place that became home when I was homesick. It’s given me the opportunity to live through the greatest moments on and off the field. As I reflect on the past four years there are so many amazing memories and people who come to mind. It hasn’t been the easiest and there have been many obstacles faced, but I am so grateful for the person I have seen myself become.

I have grown as a player and, most importantly, as a person in ways I could have never imagined had I not taken the leap of faith to move more than 4,000 miles away from home. The Vanderbilt soccer program became much more than just a team to me – it became my family.  We are incredibly close and have an incredibly unique team dynamic. Each and every person I have met and gotten to know over the past four years will have a place in my heart forever and I am so proud to have been a part of something this special.

My mom always told me that if I worked hard enough, I would play soccer at the collegiate level. Of course, she turned out to be right and playing for Vanderbilt has been a dream come true. I could thank so many people for helping me get to where I am but I could never do to show my true gratitude. 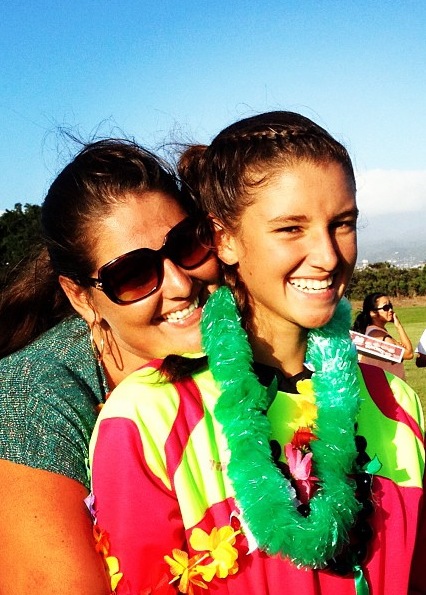 I will always be appreciative of the people I have gained, the places I have been and an experience I once dreamt of. You have been too good to me over the past four years – thank you, Vanderbilt.

All any of us can do is the best we can, and then support each other if your teammate’s best was better than your own

Hannon Eberts reveals how injury turned out to be pivotal, positive experiences