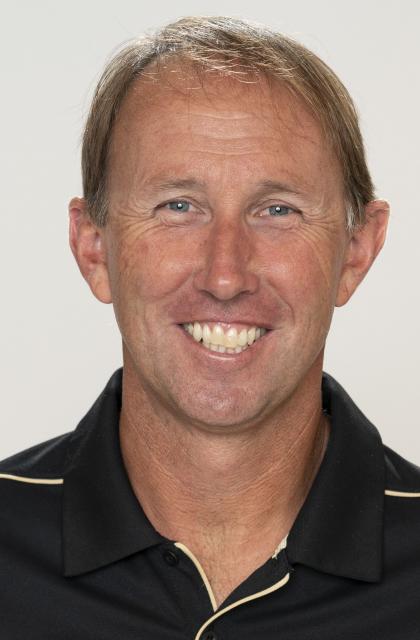 Feature Stories
Play Like You Mean It: A Passion for the Game

The 2022 season is the eighth for head coach Darren Ambrose, who has reinvigorated and reimagined a championship expectation of the Vanderbilt women’s soccer program since his first day on campus.

In 2021, Ambrose led the team to an 8-8-3 record and third-place finish in the SEC East. In his seventh season at the helm of Vanderbilt soccer, the team recorded six shutouts and outscored their opponents 31-21. Following the end of the regular season, four Commodores were named All-SEC under Ambrose’s tutelage, including Raegan Kelley as a First Team honoree.

The end of the 2021 season saw the Commodores’ second-consecutive NWSL draftee in Maddie Elwell whose name was called by the Washington Spirit 15th overall.

Already one of the most successful coaches in program history, Ambrose led Vanderbilt to SEC trophies in three consecutive seasons. Starting with the 2018 SEC regular-season crown, the Commodores won the 2019 SEC East title before going on to claim the 2020 SEC Tournament championship in 2020. Along the way, Ambrose has guided the Commodores to 14 wins over nationally-ranked opponents across his first six seasons, including four victories over top-10 teams. For comparison, the Commodores had just eight wins over ranked foes before Ambrose arrived in Nashville ahead of the 2015 season.

A winner of 78 matches thus far at Vanderbilt, Ambrose already stands as the third-winningest coach in program history while averaging 11 wins per season since 2017. With a strong track record of developing talent, he has helped mentor players like Haley Hopkins and Myra Konte with Hopkins being named an All-American twice in three seasons at Vanderbilt while Konte became the first Vanderbilt player selected in the NWSL Draft in January 2021 when she was picked 30th overall by the North Carolina Courage.

The extended 2020-21 season reflected challenges the COVID-19 pandemic brought to the world, but Ambrose helped his team navigate adversity from the start to achieve his championship vision in capturing the 2020 SEC Tournament title in dominating fashion.

After fighting through a 1-3 start to the season with three one-goal losses, Vanderbilt went on to win seven of its last eight games on the way to the SEC title, the first tournament title for the Commodore program since 1994. Scoring 11 goals in eight games during the regular season, Ambrose had his Commodores ready to roll in the tournament with the program netting 14 goals across four games against top SEC competition on the way to hoisting the trophy.

Vanderbilt’s 14 goals during the 2020 tournament set a new SEC record. Along the way, the Commodores defeated Mississippi State 4-0 in the second round before taking out top-15 programs in second-seeded and 13th-ranked Tennessee 4-2 in the quarterfinals, third-seeded and eighth-ranked Texas A&M 3-1 in the semifinals and top-seeded and sixth-ranked Arkansas 3-1 in the final. With the three wins against top-15 teams, it also marked the first time in Ambrose’s six years with the program the Commodores defeated nationally-ranked opponents in three consecutive games. Thanks to momentum from the SEC title, Vanderbilt went on to earn its best national ranking in program history, checking in at No. 4 in the nation.

With the 2020 NCAA Soccer Championship moved to April and May of 2021, Vanderbilt had earned the automatic bid to the tournament thanks to the SEC title but it wasn’t done there. Punching its ticket to a fourth-straight NCAA Tournament to mark the second-longest run of consecutive tournaments in program history, Vanderbilt put an exclamation point on the journey by garnering its first-ever NCAA Tournament seed at No. 16 and reached the second round of the tournament for the third time in four seasons.

In 2019, Ambrose led the Commodores to a 14-5-2 record and an SEC East title for the first time since 1997. The Commodores locked up the No. 2 seed at the SEC Championship and advanced to the semifinals before falling to eventual champion South Carolina. Vanderbilt earned a trip to the NCAA Tournament for the third straight season while falling on the road at Clemson in penalty kicks. The squad posted the third-most shutouts in program history (11) and in part to an impressive 8-2 home record.

The Commodores went 16-4-1 with an 8-1-1 record in conference play during the 2018 campaign to earn their third SEC regular-season championship. It was the program’s first SEC title since 1994 and Ambrose was named SEC Coach of the Year for the team’s efforts. Vanderbilt earned its fourth straight SEC Championship appearance, receiving a bye as the No. 1 overall seed. The Dores would then go on to host a first-round NCAA Tournament match for the first time since 2005 and defeated Murray State, 4-0.

The Dores went 13-7-2 in 2017, with their 13 victories being the most since 2005 season. With a 6-3-1 SEC record. Vandy advanced to the NCAA Tournament and upset Ohio State for the team’s first tournament win since 1998. Stephanie Amack led the Dores on the season with five goals, while Kaitlyn Fahrner played 16 games in goal and allowed 15 goals against 74 saves.

In his first season with the program, Ambrose led the Commodores to an SEC Championship appearance while notching their first winning season (9-8-4) since 2009. The team’s nine wins were the most in six years. Defense set the tone in 2015, as Vanderbilt posted six shutouts for the second straight year and allowed just 23 goals, the fewest since 2006.

Before joining the Vanderbilt program, Ambrose spent 15 seasons at Penn and departed as the Quaker’s all-time winningest coach (148-71-35 overall, 54-34-17 Ivy League). His teams reached the NCAA Tournament three times and won three Ivy League championships. Ambrose-led units finished in the top three of the Ivy League in 10 of his 15 seasons, including seven of his final eight.

In 2010, Ambrose led Penn to its second outright Ivy League championship and third overall as the Quakers went to the NCAA Championship for the fourth time in program history, falling to Big Ten champion Penn State. The next year, the Quakers enjoyed a record-setting campaign, going 14-2-1 in 2011 to tie the program record for overall wins and break the mark for winning percentage. In addition, Penn allowed a school-record seven goals and led the nation in shutout percentage.

Ambrose spent three years as the women’s and men’s assistant coach at Rhodes (Tenn.) and was an integral part of the success of programs that had a combined record of 77-33-3, a Southern Collegiate Athletic Conference championship and three second-place finishes, as well as three NCAA Tournament appearances.

Ambrose began his coaching career at Rhodes as a graduate assistant for both programs from 1993-95. He then went to Connecticut to serve as the men’s assistant coach under legendary head coach Joe Morrone before returning to Rhodes in the fall of 1996.

Ambrose, who holds a United States Soccer Federation (USSF) “A” License and a National Soccer Coaches Association of America (NSCAA) Advanced National Diploma, has also taken an active role in soccer education programs. He served as an instructor for the Tennessee State Soccer Association, and at Rhodes he taught USSF “E” and “D” license courses to Rhodes players who were beginning their coaching careers in the local community. He has been published in the Tennessee State Soccer Journal and in the English publication for “Entering the Field,” a sociological look at the growth of soccer in the United States. Ambrose is also an instructor for NSCAA goalkeeping courses.

While in goal for the Rifles, Ambrose garnered some impressive honors, including Adidas National Player of the Year in 1992-93. He was also the first USC-Spartanburg player to be named GTE Academic All-America in 1992-93. In 2002, Ambrose was inducted into Spartanburg’s Hall of Fame.

Ambrose earned a B.S. in management accounting at USC-Spartanburg and in 1995 completed an M.Ed. in sports administration at Memphis.

Ambrose and his wife, Sherry, have two daughters: Madison and Ainsley.