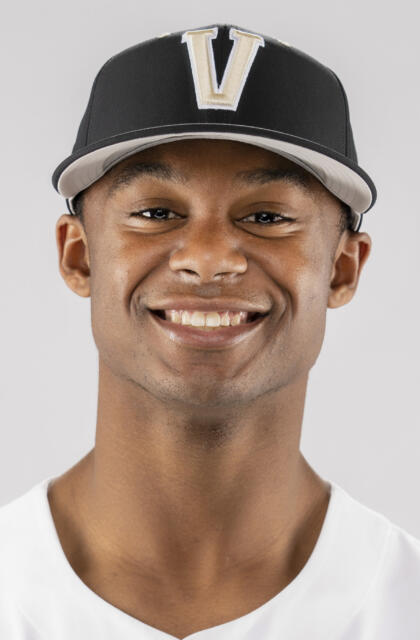 Head coach Tim Corbin on Bradfield Jr.: “Enrique adjusted very well to the college game. He got the opportunity to get on the field early and he made the most of his opportunities. He became a very steady and durable presence on the field for us. There is an obvious speed element to his game that impacts the offensive and defensive sides of the ball for our team. What is most enjoyable to watch, is his ability to compete. He loves the arena of competition and has a fearless attitude toward the game. Competes academically as well…very good student.”

As a Sophomore (2022)
• Consensus All-America
• NCBWA All-America first team
• Perfect Game All-America second team
• ABCA/Rawlings All-America second team
• Baseball America All-America third team
• D1Baseball All-America third team
• All-SEC first team
• SEC All-Defensive Team
• Dick Howser Trophy semifinalist
• ABCA/Rawlings Southeast All-Region first team
• 2022 Spring SEC Academic Honor Roll
• Second in NCAA DI and led SEC in stolen bases
• Led league in triples and ranked 25th in country
• Fifth in SEC in runs scored
• SEC Player of the Week (May 16)
• Hit game-winning, three-run homer in 10th inning at fourth-ranked Arkansas (May 13)
• Stole home with two outs in bottom of the ninth to tie game vs. Indiana State (May 10) before scoring game-winning run in bottom of the 11th
• Scored a run in each of the first seven games of the season
• Drove in four runs on 4-for-6 day, including a home run and triple, in SEC opener vs. Missouri (March 18)
• Three hits at South Carolina (March 25)
• Hit two doubles at Auburn (April 9)
• Tripled and drove in three runs vs. Florida (April 16)
• Stole four bases at Kentucky (April 23)
• Went 4-for-5 with a double, three stolen bases and four runs scored at Georgia (May 6)
• Stole three bases at Arkansas (May 15)
• Went 4-for-5 with a double and RBI vs. Middle Tennessee (May 17)