NASHVILLE, Tenn. — To anyone that has come to know Georgina Sellyn, it’s not a surprise she’s conquered every challenge that has been set before her.

But even for a young woman to come all the way from Glasgow, Scotland, to the United States, earn two degrees from Vanderbilt and to now be heading to Vanderbilt’s prestigious medical school, the journey does seem somewhat unimaginable.

“I’m honestly so grateful,” she said. “When you think about it like that it’s kind of hard to believe that’s me. It’s been a long road and I’ve worked hard for it and I’ve had a lot of support along the way from my family and friends and coaches and teammates. I really couldn’t have done it without the support system that I found here.

“I feel so lucky that I’m able to keep achieving my dreams, from playing tennis at a Division I college, to now being able to go to medical school and become a physician. I’m just thrilled.”

Sellyn arrived in Nashville in 2012 to begin her college career. But before that, Vanderbilt head coach Geoff Macdonald remembers Vandy associate head coach Aleke Tsoubanos connecting with Sellyn in Florida for a recruiting meeting.

Sellvn had landed at 2 a.m. local time after a delayed flight, awoken at 9 a.m. and hit balls for 90 minutes. After stopping due to nausea, she came back and hit for another hour more.

“You look for a toughness in a player,” Macdonald said. “She’s really tough.”

That toughness would be on display throughout Sellyn’s career. She recovered from two wrist surgeries and an ankle surgery during her time on West End and helped the Commodores win an SEC Tournament championship in 2017. 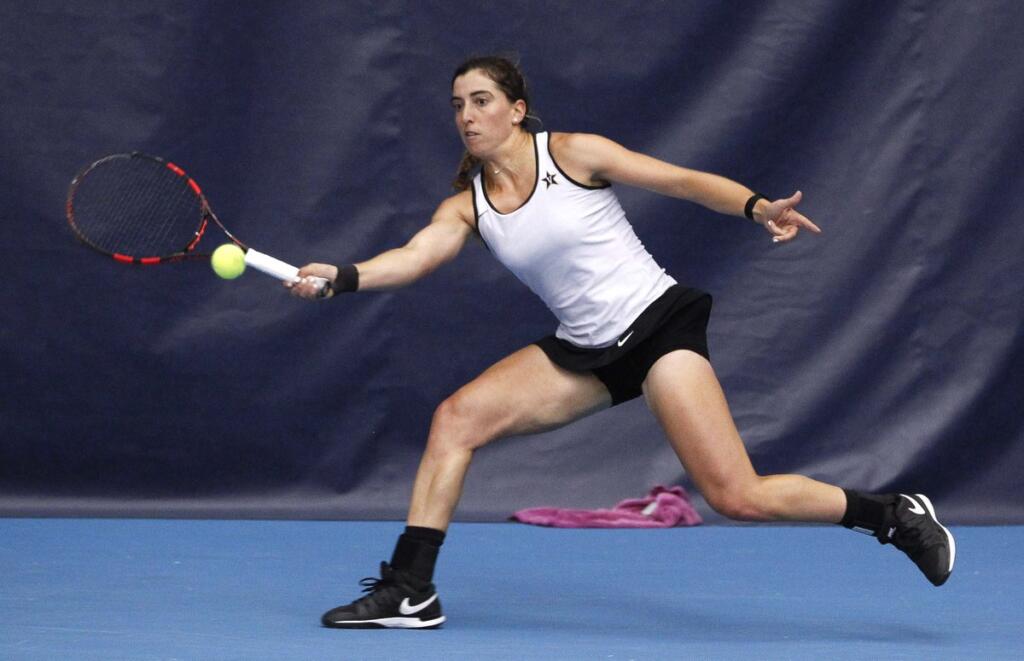 Macdonald recalled how Sellyn was sidelined during Vanderbilt’s 2015 national title run, but remained with the team to serve as an on-court coach for Astra Sharma who clinched the national championship.

A similar moment came the start of the 2013-14 season Sellyn had severely injured her ankle. She rehabbed furiously to return in time for NCAA Regionals and won 6-3, 1-6, 7-5 in a match the long-time Vandy coach won’t soon forget.

“It was probably one of the most courageous things I’ve ever seen,” Macdonald said. “She was crying and was in so much pain – tears were coming down her face. But she just gritted her teeth and won. We iced her up and the team celebrated the win and I said, ‘You don’t need to play,’ and she just said, ‘Let’s see what happens.’

“She went after it again when we played Florida in the Round of 16. We lost a close match, but she was out there in the third set battling away.”

Sellyn’s grit and determination on the court was paralleled by her prowess and steadfastness in the classroom. She made the SEC Academic Honor Roll four times and was twice the SEC’s Scholar Athlete of the Year.

After obtaining an bachelor of arts in cognitive neuroscience in 2016 and a master of arts in medicine, health and society in 2017, Sellyn wasn’t quite ready to step away from the courts quite yet. She joined the Vanderbilt program as a volunteer assistant – a role she held until the end of this last season.

“I enjoyed being able to still be a part of the team because it’s a very special experience that you go through so I was honored to be a part of that in a different way,” she said. “I liked being able to continue my relationships with my former teammates that were still on the team and develop relationships with the younger girls that I wouldn’t have gotten a chance to meet and get to know.”

“It was also really interesting working with (Macdonald) and (Tsoubanos) and being able to learn from them in a different way, not as a player but as a coach, and kind of see their methods to coaching and connecting with the girls. I feel like I learned a lot from them.” 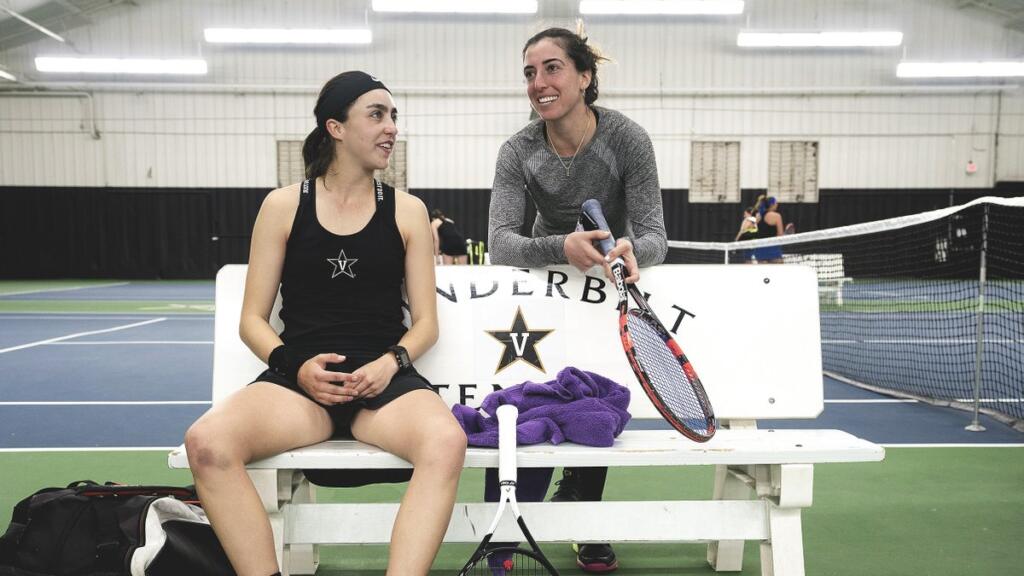 Sellyn’s career in coaching? Likely over for the foreseeable future.

On May 1, Sellyn was officially taken off the wait list at the Vanderbilt University School of Medicine. She had been accepted there and into three other medical schools, but held out for what she termed her dream start to a career as a physician.

And as it turns out, those painful physical setbacks during her playing career served as a blessing in disguise.

“My junior year I had an unfortunate ankle injury that led me to have surgery,” Sellyn said. “That allowed me to spend a lot of time in the medical field and get to know physicians and I began shadowing them and doing some research and that’s why my passion for it really exploded and I realized that this is what I want to do.

“I just absolutely loved being in the hospital – didn’t really matter what I was doing, I just wanted to be there.”

A commitment to a goal and conquering of that goal is no surprise to her former coaches and teammates. Sydney Campbell became fast friends with the Scottish star as the duo became roommates and then, later, co-captains for the Commodores.

They recognized the ability in each other to resort to tough love when adversity got in the way. Campbell recalls a match at Auburn in which both her and Sellyn had been in a slump – but instead of moping about recent results the pair decided to metaphorically slap each other around a little bit to rise out of the funk.

Campbell also recounted time and time again when Sellyn would coach up her teammates in the way no one else could.

“She was just such a good encourager,” Campbell said. “She was such a good teammate in that regard of knowing how to get you going in a loving, but in a let’s-get-after-it type of way.”

Sellyn won more than 70 matches during her career at Vandy, and she did so at every singles spot in the lineup while also playing doubles. Another facet of her personality that stood out to Macdonald as he reminisced about her career. 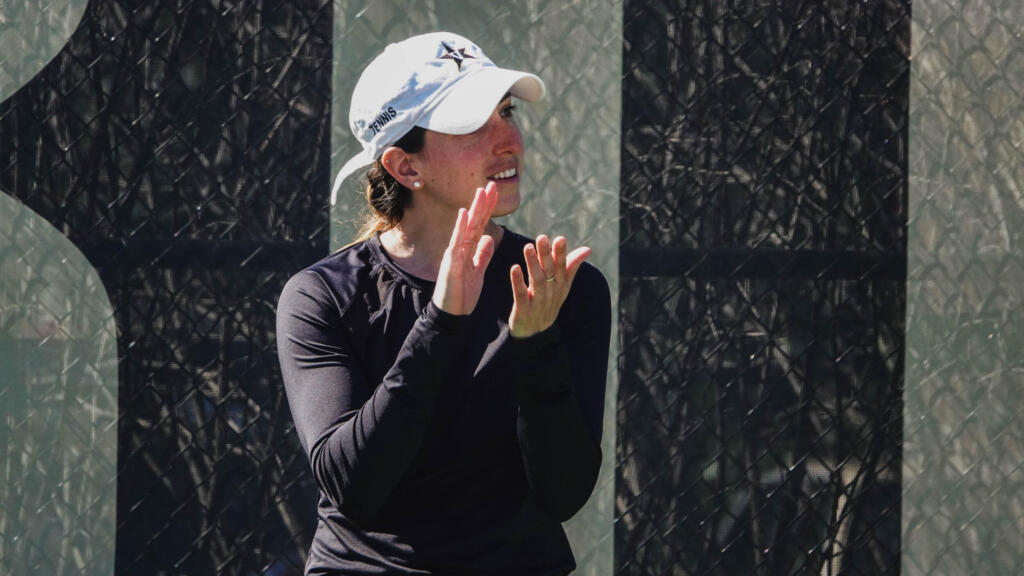 But now Sellyn is putting down the tennis racket for the stethoscope as she sets out to win more important battles. No one will be surprised when she comes out on top again.

“You love seeing someone have a dream and a goal and work for it and for it to come true,” Macdonald said. “That’s Georgina.”