Head coach Derek Mason and first-year offensive coordinator Todd Fitch are looking for one of four potential starters to step forward this fall as the team’s No. 1 quarterback when the season starts Sept. 26 at Texas A&M.

“Watching these quarterbacks play, I like their rhythm, their cadence, their ability to command a huddle,” Mason said. “They just got to continually step on the grass and get better.”

The four quarterbacks vying for the starting gig are all new to West End.

Freshman Ken Seals (6-3, 218) and junior Jeremy Moussa (6-3, 219) enrolled at Vanderbilt in January and were able to participate in the limited spring practice the Commodores had before the COVID-19 pandemic canceled the remainder of spring workouts. Moussa was also nursing a minor injury during that time.

“Been really impressed with (Seals),” Fitch said earlier this month. “The short time we had with him in the spring, he got all the reps, the three or four days we had. He showed a glimpse of being really mature, a pretty smart kid who picked things up well and he has kind of picked up where he left off.”

Junior Danny Clark (6-4, 232) and freshman Mike Wright (6-3, 187) joined the competition later this summer. Clark, a former four-star recruit, began his college career at Kentucky before playing at Copiah-Lincoln (Mississippi) in 2019.

It’s a quartet that brings four different styles to the position and that allows Mason and Fitch some ability to get creative with their primary signal caller.

“That room, we’re giving everyone a fair shot right now,” Fitch said. “We’re giving them all an even look at what’s going on. We’re going to figure out how they manage it and then we’ll set the depth chart as the thing goes on.

“They’re all competitive, they’re all very in to learning football, they’re football guys and they’re working well together.”

Defensively, Vanderbilt should be more than cautiously optimistic about its chances to have a formidable unit in 2020. One of the reasons for that is a mix of rotational depth and exciting, young talent that could allow the Commodores to be fresh and fierce week-in and week-out.

“We got more guys with pronounced skillsets in 2020 and what we have to do is make sure that we continue to move forward with the technique. Technically you got to be proficient when you talk about pad level, when you talk about hands, when you talk about the the ability to go speed to power and finish. Finish was a tough thing for us a year ago and now what I believe is that we’re hounding those fundamentals so that we can be better when the opportunity presents itself.”

For first-year defensive coordinator Ted Roof, Vandy has strength in numbers in the trenches with veteran defensive linemen and a pair of now-eligible transfers in Malik Langham and Derek Green. The secondary is also an experience unit, but also has promising youngsters in Jaylen Mahoney, Gabe Jeudy, Justin Harris and Donovan Kaufman.

The linebacking corps, led by Dimitri Moore and Andre Mintze, has the least amount of experience among the three levels, relatively speaking. But while many of those student-athletes haven’t been in a starting role, they’ve seen the field and been in the program for many seasons. 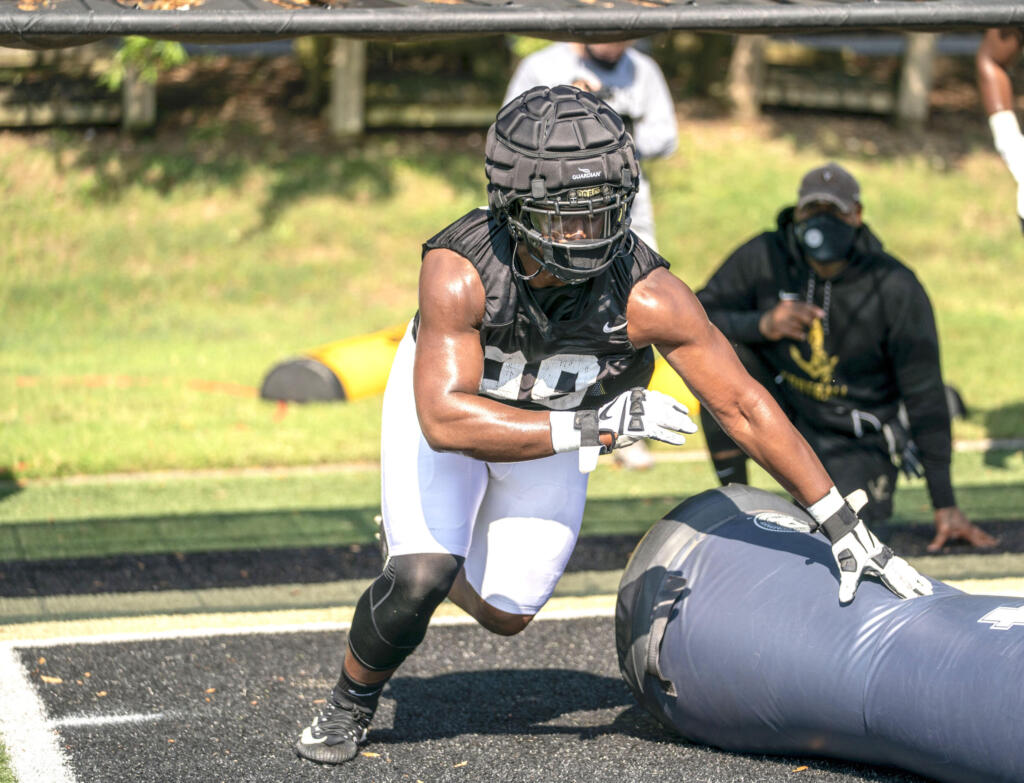 “When you look at this defense, it’s a new defense, but it’s full of guys that played a year ago. That’s going to help this defensive group mature,” Mason said. “It’s not necessarily about the scheme, it’s really about fundamentals. In order for us to play fast, physical and be good in terms of getting off the field, it’s going to take a united focus by everybody to play the type of ball that coach Roof wants these guys to play.

“I think development is important, I think growth and experience is important, but when you have guys with dominant skill sets as young guys, they’re going to play.”

The oft-overlooked but no-less-important area of special teams has its preseason battles ongoing as well.

Returning starter and sophomore Harrison Smith and redshirt freshman Jared Wheatley have been getting the majority of snaps at punter. Mason said the competition at placekicker has been a positive one and he has faith in those student-athletes to consistently make kicks of 35-45 yards. 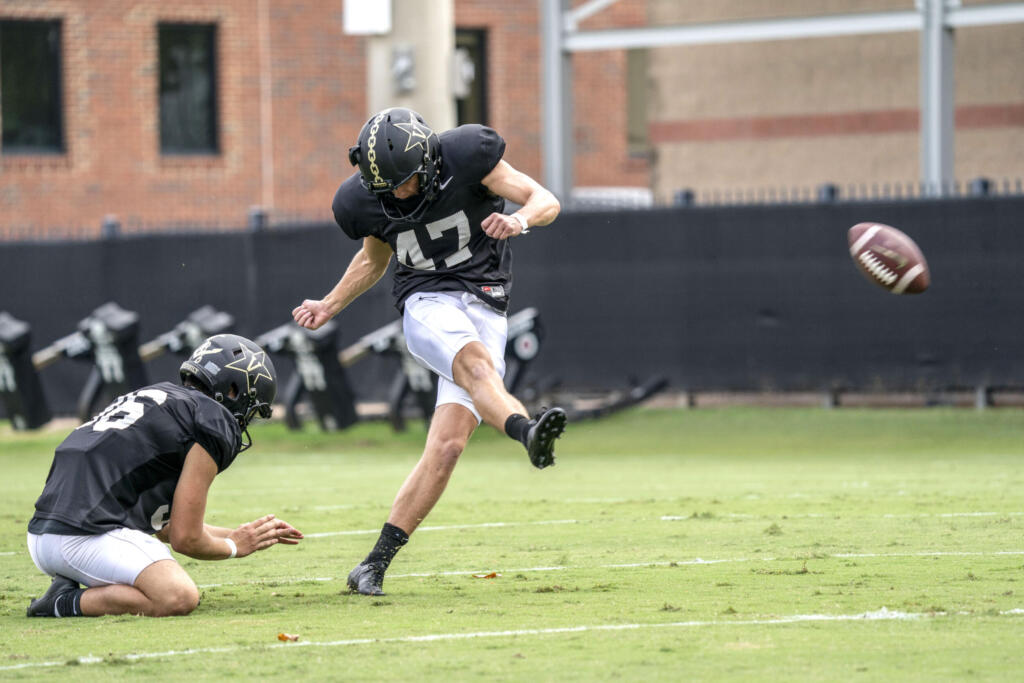