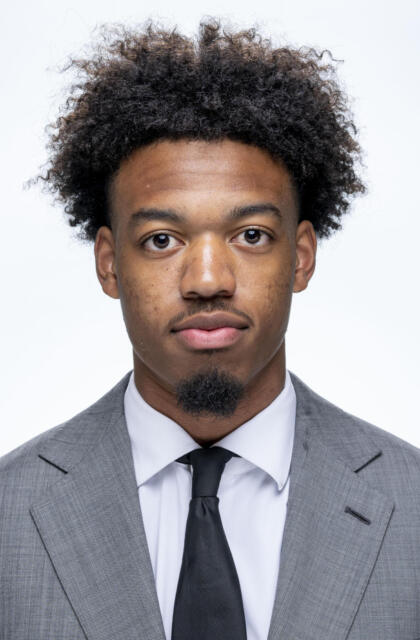 Student-Athletes Features
VUCommodores.com — The Wright Stuff
The Athletic — Vanderbilt’s Mike Wright needs a word limit, but the ‘belief he brings’ is limitless

As a Junior (2022)
• Team captain
• Played in 10 games with six starts
• Finished the season completing 57.4 percent of passes (85-for-148) for 974 yards and 12 touchdowns
• Also rushed 71 times for 517 yards and five touchdowns
• Started the first three games of the season, earning a pair of wins
• Also started a pair of games in relief of injured AJ Swann, defeating Kentucky and Florida
• Threw for 108 yards and three touchdowns in win over Florida
• Ran for 126 yards and a score while passing for 184 yards and a touchdown in win over Kentucky
• Quarterbacked first SEC win since 2019 in victory over Wildcats
• Recorded six touchdowns and career-high 245 passing yards in win against Elon
• Posted four touchdowns in win at Hawaii
• Maxwell Award Watch List

As a Sophomore (2021)
• Started five of the last six games of the season
• Appeared in 10 of 12 games
• Made first collegiate start at South Carolina, completing 11-of-21 passes for 206 yards while rushing for another 43
• Ran for 152 yards in start versus Missouri
• Scored rushing touchdown in season finale at Tennessee

As a Freshman (2020)
• Six games played
• 6-of-10 passing for 51 yards and one touchdown with one interception
• 14 rushing attempts for 15 yards and one score
• One of seven Commodores to score a touchdown during the season
• Three carries for seven yards vs. No. 20 LSU
• First career pass attempts against South Carolina, including 25-yard completion
• Season-high five carries against South Carolina, four vs. Missouri
• First career touchdowns — one rushing, one passing — at Kentucky
• First‐Year SEC Academic Honor Roll

The Wright File
• Three-star prospect by ESPN, Rivals and 247Sports
• Nation’s 23rd-ranked dual-style quarterback by Rivals
• Georgia’s 38th-ranked prospect by Rivals
• Team’s offensive MVP as a senior
• Led team to 13-1 record and Georgia 4A state semifinals as a senior
• 3,369 yards of total offense (2,653 passing yards and 716 rushing yards) and 50 touchdowns as a senior
• 187-of-291 passing (.643) and 37 touchdowns as a senior
• 2019 region offensive player of the year
• 2019 all-region first team
• 106-of-161 passing for 1,521 yards and 18 touchdowns as a junior
• School’s 200-meter dash school record holder
• Full name is Michael Wright Jr.
• Son of Michael and Lakisha Wright
• Parents hail from Memphis, Tennessee
• Father is an engineer
• Mother is a school principal
• Three siblings: Alan, Ava and Mya
• Double major in the College of Arts and Science, studying communication studies and human and organizational development