A senior captain, John Neil Brown was named First Team All-America by the nation’s coaches. He also was a three-time All-Conference recipient.

Known as “Bull,” Brown helped anchor both sides of the line of scrimmage. 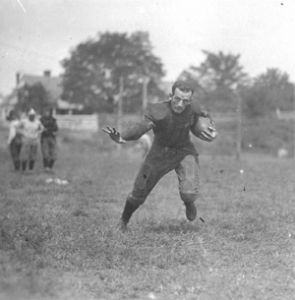 Brown was a key contributor on the line for the 1926 Commodores. He missed 1927, only to return as a standout in 1928-29. One of his best defensive games came against Minnesota and legend Bronko Nagurski.

Brown also was a standout rightfielder on the baseball team.