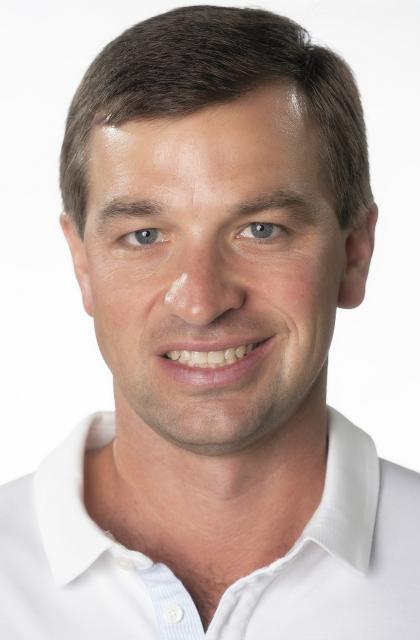 Gator Todd joined the Vanderbilt men’s golf program as an assistant coach in 2017.  The 2021-2022 season, Todd’s fifth in Nashville, was the best campaign in Vandy golf history.

During the 2021-22 season, Todd helped lead the Commodores to a No. 2 end-of-season national ranking as Vandy won the stroke play portion of the NCAA Championships and earned the No. 1 seed where they would advance to the semifinals in match play. Gordon Sargent won the NCAA individual title and was named national freshman of the year.

The Dores went 133-2 during the spring portion of the schedule which marked one of the best runs in college golf history.

Todd also helped Vanderbilt win a second straight SEC Championship. The Dores won the stroke play portion of the event to earn the No. 1 seed, then defeated Mississippi State, LSU and Florida, respectively, all by a 3-2 score. Sargent was named SEC Freshman of the Year and Todd assisted head coach Scott Limbaugh to his fourth SEC Coach of the Year honor.

Todd would coach four All-Americans, including first-team selections Sargent and Cole Sherwood. Sargent and Sherwood were also Haskins Award finalists and selected to represent the United States on the 2022 Palmer Cup team.

During the 2020-2021 season, Todd helped guide Vandy to the program’s second SEC Championship after beating Tennessee 4-1, Alabama 4-1 and Arkansas 3-2, respectively, in match play. He then helped lead Vanderbilt to its first ever NCAA Regional title.

The Dores would go on to advance to the Elite Eight at the national championship for the fifth time in a six-year span. Vanderbilt would end the season ranked seventh nationally. Todd assisted Vanderbilt head coach Scott Limbaugh to his third SEC Coach of the Year honor in five years and William Moll was selected to the United States Palmer Cup and was second team All-America.

During the 2019-2020 season, Todd helped steer Vanderbilt to two team titles and a No. 9 national ranking. Although the season was cut short to the COVID-19 pandemic, Todd coached two All-Americans and his third straight SEC Player of the Year in John Augenstein. Augenstein would also be tabbed first team All-America while being named to the United States Walker Cup and Palmer Cup teams.

During the 2018-2019 season, Todd helped lead Vanderbilt to an end-of-season No. 2 national ranking as the Commodores advanced to the semifinals of the national championship after finishing second in the stroke play portion of the event. Todd coached three All-Americans including first team selection and SEC Player of the Year Will Gordon. Todd assisted Limbaugh to becoming SEC Coach of the Year while Limbaugh was also named Palmer Cup captain for the United States team.

Vanderbilt was represented by All-Americans Gordon, Augenstein and Patrick Martin in the Palmer Cup.

Todd helped steer Vanderbilt to four team titles and a No. 4 end-of-year national ranking during the 2017-2018 season. Todd would coach four All-Americans including a first team selection and SEC Player of the Year Theo Humphrey. The commodores would advance to the national championship and go on to finish ninth in the stroke play portion missing match play by a single stroke.

In his five seasons at Vanderbilt the Commodores have won 19 team titles and finished with a top-10 national ranking every season. Todd has coached three SEC Players of the Year, 14 All-Americans – with five of those being named to the first team – and has coached seven Palmer Cup selections.

In 2021 Todd helped sign the nation’s No. 1 recruiting class as Vandy added Gordon Sargent and Jackson Van Paris.  Sargent would enter college as the No. 1 junior in the World Amateur Golf Rankings as well as being tabbed National Player of the Year by USA Today.

Todd came to Vanderbilt after spending one season at Marquette. Marquette would go on to win the 2017 Big East title and, along with head coach Steve Bailey, Todd was part of the Coaching Staff of the Year. Todd coached All Big East players Oliver Farrell and Matt Murlick as well as Big East Freshmen of the Year Matthew Bachmann.

Marquette would advance to its third NCAA Regional appearance in program history that season.

From 2010-2015 Todd competed in more than 75 professional events in the United States, Europe and South America.  Todd earned 17 top-10 finishes during that time on the NGA and EGOLF Tours. In 2011 Todd advanced to The Final Stage of PGA Qualifying school after finishing tied for second at the second stage of PGA Tour Q School. He went on to earn conditional status on the Nationwide Tour for the 2012 season.

Todd played college golf at the University of Alabama under head coach Jay Seawell from 2004-2008. Todd was a First Team All SEC Selection while notching 14 top-10 finishes in 44 tournaments, highlighted by a career low round of 64. Todd played in three NCAA Championships and, in Todd’s senior season, the Tide won the 2008 SEC Championship for the first time in more than 30 years and earned the programs first ever season-ending No. 1 national ranking.

Todd is a native of Florence, Alabama, where he won the Alabama high school individual championship and was tabbed a junior golf All-American at Coffee High School. His father, Richard Todd, was a national champion quarterback at Alabama and was the sixth overall pick by the New York Jets and first quarterback taken in the 1976 NFL Draft.

What they’re saying about Gator Todd …

Todd Anderson, Director of instruction at the PGA Tour Performance Center at TPC Sawgrass
“I had the pleasure of teaching Gator for many years. His competitive spirt and playing experience will be a huge benefit to coach Limbaugh and the Vanderbilt golf program.”

Former Commodore and PGA Professional Luke List
“Gator Todd will be a fantastic addition to the Vanderbilt men’s golf program. He is a quality individual and brings a strong competitive background. Coach Limbaugh has already developed a winning culture with the boys and Gator will only add to that prowess.”

Former Commodore and PGA Professional Brandt Snedeker
“I’m so excited for Vanderbilt golf on hiring Gator Todd as the new assistant coach. He is a high character individual that will bring enthusiasm and a desire to be the best. I look forward to watching him help Vanderbilt win many more championships.”