A New Jersey native, Werckle overcame injuries to become one of the team’s finest linemen. In 1951, he was named as a Second Team All-America by INS and the AP.

By 1949, he was given little chance to succeed after twice breaking a leg in practice. By 1950, the injury jinx was beaten, with Werckle playing more minutes than any teammate. Across the South, Werckle was known for his blocking and tackling abilities. 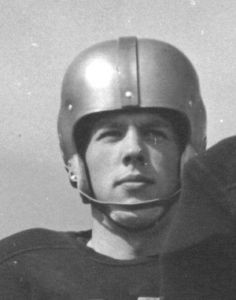 In 1951, Werckle earned First Team All-SEC recognition after serving as a captain.

Werckle was selected in the NFL Draft by Detroit. Later, he earned distinction as a Marine Corps officer in Korea.