Welcoming Two of the Best to Vandy

We couldn't be more excited to have you with us @GordonSargent5 and Jackson Van Paris.

“This is certainly a landmark day for our golf program and Vanderbilt University,” Vanderbilt head coach Scott Limbaugh said. “In my opinion, these are the two best golfers in the country and for both of them to choose Vanderbilt says so much about our great university and our commitment to excellence on and off the course.

“(Vanderbilt assistant) coach (Gator) Todd did an outstanding job helping us identify these guys and he deserves a lot of credit in us being able to attract a class like this.”

A four-time Rolex Junior All American, Van Paris hails from Pinehurst, North Carolina, where he competes for Pinecrest High School. Van Paris, in 2018 at the age of 14, became the youngest player to win a match at the U.S. Amateur since Bobby Jones in 1916. 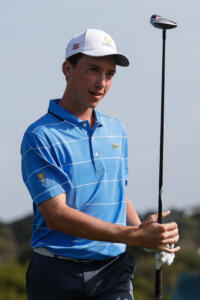 Ranked seventh nationally by Golfweek and fourth by Rolex, Van Paris won the 10th annual Junior Invitational at Sage Valley by shooting 9-under par with rounds of 71-69-67 – including 4-under on his final nine holes of the tournament. He also captured the 2020 Sea Pines Junior Heritage with a birdie on the first hole of a playoff.

In 2019, Van Paris won the AJGA Simplify Boys Invitational with a birdie on the second playoff hole.

A member of the 2017 ACDS Junior All Star Team, a 2020 AJGA Player Representative, AJGA Foundation Board Member and four-time NCISAA all-state selection, Van Paris also competed in the 2017 Evian Junior Cup in France where he won the individual competition and led the United States team to victory.

Van Paris has been a part of team titles with the United States in the 2019 Junior President’s Cup, with the East Team at the 2019 Wyndham Cup and with The O’Neal School in the NCISAA state golf tournament

“Jackson is an elite competitor – he’s won on the biggest stages in junior golf,” Limbaugh said. “He is a winner and has a natural ability to get the ball in the hole. He has a high care level for doing things the right way on the course and in the classroom. We expect him to make an immediate impact once he gets to West End.”

Van Paris organized and hosted the Carolina Cup through the AJGA’s Leadership Links program raising more than $250,000 for charity. The beneficiaries of the Carolina Cup have been The Nicklaus Children’s Healthcare Foundation, The First Tee of the Sandhills and the AJGA’s Ace Grant Program.

Sargent, a three-time Rolex Junior All American, was the recipient of the 2020 Paul S. Simon Character Award at the Sage Valley Invitational and twice the Alabama boys Junior Player of the Year. He’s ranked third by Golfweek, Rolex and the Junior Golf Scoreboard.

A senior at Mountain Brook High School in Birmingham, Alabama, Sargent is a two-time AJGA champion, the 2020 Alabama State Amateur champion and the 2019 Alabama State Junior champion. Off the course, Sargent co-founded the Alabama Cup charity event which has raised more than $150,000 for the AJGA Ace Grant and Alabama charities. 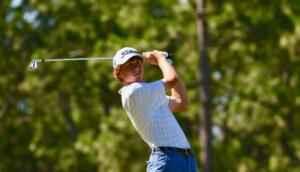 “For years Gordon has been one of the best junior golfers in the country,” Limabugh said. “His talents will allow him to excel academically and athletically. He has a well-rounded game and has a high competitive character. We expect him to make an immediate impact next fall.”

Both Van Paris and Sargent are expected to join the Vanderbilt program for the 2021-22 season.

“Gordon and Jackson have competed and won at the highest levels of junior and amateur golf and, more importantly, they are high-character guys that have made positive impacts on their local communities through the game of golf,” Limbaugh said. “We could not be more excited that they will continue to help our program grow and have a great impact on our University.”