'Vanderbilt Football is a Part of Me'

Linebacker Anfernee Orji reflects on career as a Commodore

NASHVILLE, Tenn. — The Vanderbilt senior class has been through more than most relative to its peers across the landscape of college football: The COVID-19 pandemic, a winless season, a coaching change.

Those factors, among others, have been enough for many now-former Commodores over the past few years to decide to choose a different path. There are a handful, however, who arrived either in the summer of 2018 or 2019, who have decided to stay and give their all for Vanderbilt football.

That group will be recognized Saturday when Vanderbilt plays its regular-season finale at 6:30 p.m. Saturday against arch-rival and 10th-ranked Tennessee. Anfernee Orji is proudly part of that small faction of the program.

“It’s unique, but I wouldn’t change it at all,” Orji said of his time in Nashville. “I feel like my career here has been amazing.”

Currently the Southeastern Conference’s leading tackler at 9.4 stops per game, Orji came to Vandy in 2019 somewhat in the shadow of his older brother Alston Orji. Alston had arrived at Vanderbilt the summer prior and had played in 11 games as a true freshman during the 2018 season.

The two brothers had become stars in Rockwall (Texas) despite having been more focused on academics than athletics during most of their youth. Their prowess on the football field soon became undeniable as each developed into four-star recruiting prospects as stars at Rockwell High School.

Alston and Anfernee played together through the 2019 and 2020 seasons at Vandy before Alston decided to depart Vanderbilt. Alston finished his career earlier this season after playing in a few games for Campbell and then deciding to retire from the sport.

Anfernee, meanwhile, has become a leader and defensive stalwart for the Commodores. He has led Vanderbilt in tackles the last three seasons and upped his total in each consecutive campaign.

Orji’s 102 stops in 2022 is a career high and the 6-foot-2, 230-pound linebacker goes into the weekend with 266 career stops under his belt. He has put himself in position to further his playing career as a professional.

“I feel like I’m an NFL player, but it’s always never enough,” Orji said. “There’s always more to give. I feel like I’ve been improving through my career and I feel like I can improve more in the years to come.

“Everyone in college football wants to play in the NFL, but I have to focus on right now so I can get there.”

The middle son of a surgeon and computer engineer who are both natives of Nigeria, Orji is on track to graduate in December with a degree in communication of science and technology and hopes to combine his interest in business with engineering in his future endeavors. Orji’s involvement in the Omega Psi Phi fraternity and with Vanderbilt’s Black Student Athlete Group has allowed him to develop relationships he never imagined possible, he said.

Orji has also shown a willingness to go above and beyond for those in need.

On Jan. 31, in Nashville, Laura Fisher was reportedly struck by a light utility vehicle and suffered numerous serious injuries. Fisher’s boyfriend, Greer Martini (now at LSU), was a defensive quality control coach for Vanderbilt football at the time.

“I couldn’t imagine losing a loved one. So any way I could help alleviate the pain—I knew the cost was going to be insane,” Orji said. “I feel like like that’s why (Name, Image, Likeness) became a thing because of things like that, so we could help other people and help people who really need it. Getting an opportunity to do that is just incredible.”

This week of preparation for Orji has been much like all the others as he and the Commodores (5-6, 2-5 SEC) have prepared to face the Volunteers (9-2, 5-2 SEC). Orji has spent the last few days practicing, training, rehabbing and readying hisself for what could be his final outing in a black and gold if he decides to turn his full attention toward professional football after the season.

Orji has also spent time chatting with Alston and younger brother Alex Orji, a freshman quarterback at Michigan, about football, school, music, film and life. The Vandy linebacker is trying to keep his focus on the present while recognizing Saturday will likely be the last go-round for a group that has done all they could for the Commodores. 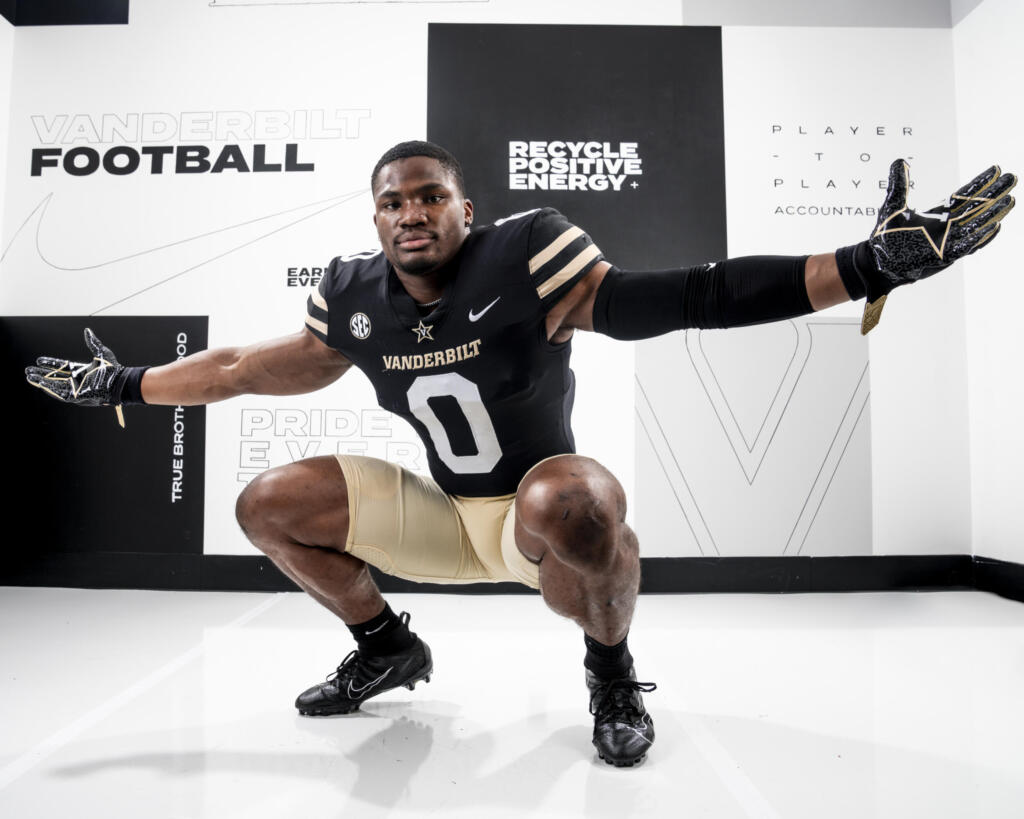