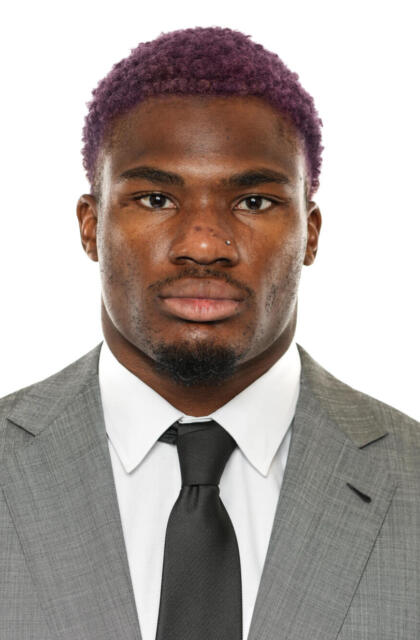 Student-Athlete Features
The Hustler — ‘Instant chemistry’: The Orji brothers bond on the field is rooted in family and perspective
The Hustler — Orji’s time on West End is waning but his impact on Vanderbilt football is indelible
VUcommodores.com — ‘Vanderbilt Football Till I Die’

As a Junior (2021)
• Led team with 93 tackles and 13 tackles for loss, starting all 12 games
• Finished 12th in the SEC in total tackles
• Added one sack, one pass break-up, two QB hurries and a forced fumble
• Made 13 tackles at Colorado State, most by a Commodore in a game during 2021 campaign
• Recorded three tackles for loss in win over UConn, most in a game by a Vandy player that season
• Had at least one tackle for loss in eight of 12 games on the year, including six of eight SEC games
• Phil Steele Preseason All-SEC (linebacker; 4th team)

As a Sophomore (2020)
• Nine games played and started
• 66 tackles, 1.5 tackles for loss, one sack, two pass breakups and one caused fumble
• Led the team in tackles
• Within the SEC, 16th in tackles per game (7.3)
• Seven or more tackles six times
• Nine or more tackles three times
• Seven tackles at No. 10 Texas A&M
• Eight tackles against South Carolina
• Nine tackles at Mississippi State
• First career forced fumble at Kentucky
• Nine stops against No. 5 Florida
• Career-high 13 tackles, the most for a Commodore in 2020, in the home finale against Tennessee

As a Freshman (2019)
• Nine games played
• Six tackles, one quarterback hurry and one pass defended
• Two stops against Kentucky

The Orji File
• Prepped at Rockwall (Texas)
• Four-star prospect by Rivals, three-star prospect by ESPN and 247Sports
• 299 tackles and five interceptions in four-year varsity career
• 94 tackles and pair of interception returns for touchdown as senior co-captain
• 96 tackles as sophomore in 2016
• 2017 all-district
• 2016 Region 11-6A defensive newcomer of the year
• Academic all-state second team
• Varsity letters in football, track and wrestling
• Born in Dallas
• Full name is Anfernee Chikezie Orji
• Son of Willy and Mariam Orji
• Two brothers, Alston and Alex
• Alston played football for Vanderbilt and Alex is a quarterback at Michigan
• Played in school orchestra from fifth to 11th grade
• Nigerian American
• Majoring in communications and science technology