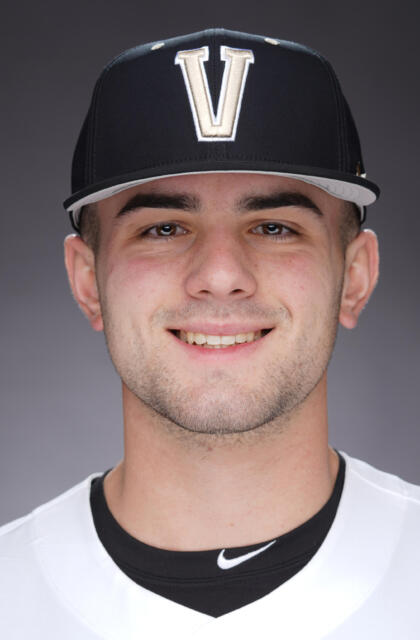 Head coach Tim Corbin on Keegan: “Dom was starting to blossom offensively at the beginning of last year. He brings a very strong presence to the ballpark everyday with his seriousness, attitude and investment level. He is a team guy and he only wants to accomplish one thing…positive team results. His steadiness and consistency are realized academically as well. Besides being a strong offensive piece, Dom’s defensive value stretches behind the plate and at first base…he is a very good thrower. He is a very grounded and humble young man.”

• Selected by the New York Yankees with the 573rd pick in the 19th round of the 2021 MLB Draft
• Second Team All-America honors from Perfect Game
• ABCA All-Southeast Region first team selection
• Batted a team-high .345 across the season, while also leading the team in RBI with 57
• Slugged .638 to rank sixth in the SEC
• Belted 15 home runs, ranking second on the squad
• Named SEC Co-Player of the Week on March 1
• Selected as the Most Outstanding Player of the NCAA Nashville Regional
• Collected two hits and drove in another two in the season-opener against Wright State (Feb. 22)
• Drove in six runs in the 17-6 win over Georgia State (Feb. 28)
• Went 4-for-5 in with four RBI the 12-5 midweek win over Tennessee Tech (March 30)
• Drove in four runs in the series opening-victory over LSU (April 1)
• Had a 5-for-5 day against Kentucky (May 22) in the regular season finale
• Entered the postseason with 20 hits in the final 11 regular season contests
• Belted a career-high two home runs in the first game of the NCAA Nashville Regional against Presbyterian (June 4)