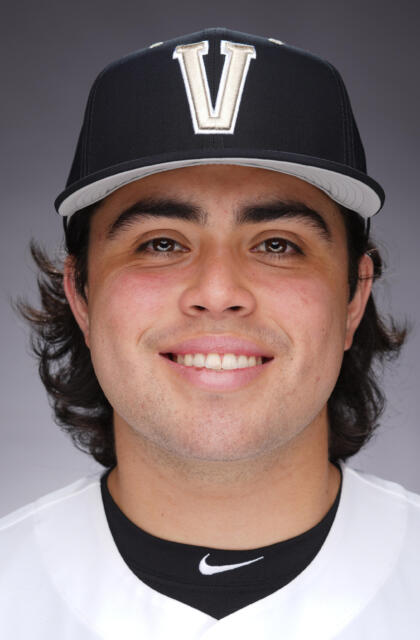 Head coach Tim Corbin on Rodriguez: “CJ was very impactful to our ball club last year and will be again this year. The pitching staff placed a high level of early confidence in CJ’s receiving skills. He showed the ability to handle a staff as a freshman while throwing with a great deal of consistency. He also emerged as a consistent offensive part of our team. CJ has great team qualities. His personality is consistent, pleasant and supportive. He is a very enjoyable kid.”

As a Sophomore (2021)
• Selected by the Oakland Athletics with the 158th pick in the fifth round of the 2021 MLB Draft
• Saw action in 58 games, making starts in 52 of those contests
• Ranked third on the team in on-base percentage with a mark of .393
• Registered a team-low 19 strikeouts, while walking 36 times
• Made season debut in first game of Wright State doubleheader (Feb. 22), going 1-for-4 with an RBI
• Recorded first hit of season on February 24 against Western Kentucky
• In the first nine SEC contests, recorded nine RBI (March 19-April 3) – notched three on two occasions, his season-best
• Homered in three straight contests (Mar 21-26), against South Carolina and Missouri
• Went a perfect 4-for-4 in a midweek contest against Eastern Kentucky (April 13)
• Scored twice in the 11-inning NCAA Regional-clinching win over Georgia Tech (June 6)