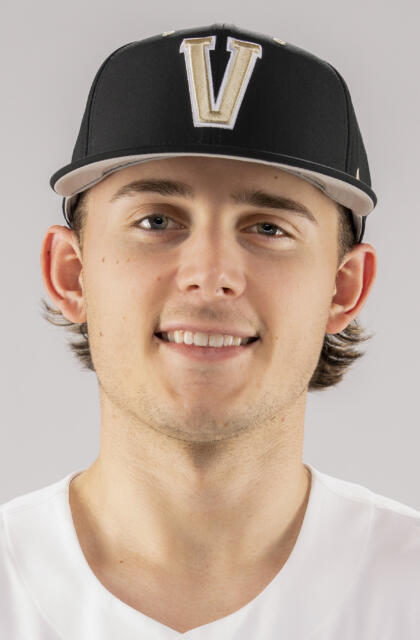 Head coach Tim Corbin on Young: “I am proud of Carter’s growth and consistency in the classroom. His organization and maturity are starting to pay dividends in all areas of his student-athletic life. Once he worked his way back from an injury this fall, he began to experience greater growth physically as well. Carter plays the game with a very even heart rate. His defensive skills are high level, and his offensive abilities are surging in the direction of making him a complete player.”

As a Sophomore (2021)
• Started 61 games at shortstop as a sophomore
• Led the team in home runs with 16 on the campaign, which tied him for sixth in the SEC
• Registered 52 RBI, which placed him second on the squad
• Selected to the Newcomer All-SEC Team
• Named SEC Newcomer of the Week on April 5
• Started season with a 14-game hitting streak
• In both games against Wright State (Feb. 22), went 3-for-8; including a double, a triple and a stolen base
• Brought home four runs in the series opener against Illinois-Chicago (March 5)
• Stole a base successfully in four games from March 7-13
• Roped two doubles in the series-clinching win over Missouri (March 26)
• Clubbed two home runs in the series opener with Alabama (May 7)
• Drove in two of Vanderbilt’s four runs in the NCAA Super Regional-clinching win over East Carolina (May 12)