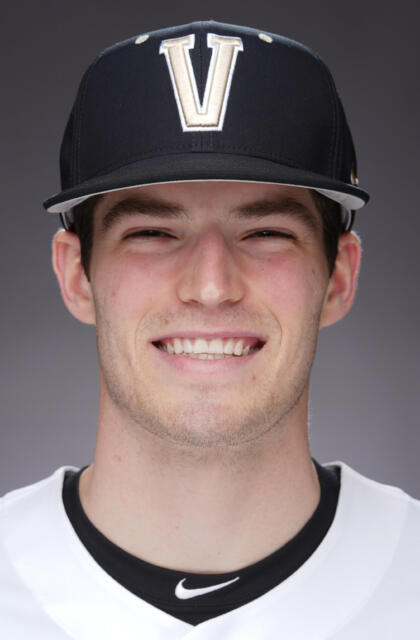 Head coach Tim Corbin on Murphy: “Like his family members, Luke had a strong desire to be at Vanderbilt as a kid. We are the beneficiaries of his love for this University and his strong baseball abilities. There are not many kids that possess the overall arm talent that Luke has. Over the last year, he has been able to harness his pitch package and really hone in on his overall development on the mound. He is improving daily. Luke loves the team environment.”

Student-Athlete Features
VUCommodores.com — Fastball of Luke
The Tennessean – Cousins Luke and Grayson Murphy pushed each other in sports

As a Junior (2021)
• Selected by the Los Angeles Angels with the 110th pick in the fourth round of the 2021 MLB Draft
• Tied for the team lead in saves with nine on the campaign
• Made 28 appearances, which ranked second on the squad, totaling 41.1 innings of work
• Recorded 61 strikeouts, marking the most of the Commodore relievers
• Retired three via the punchout in 1.0 inning of work against Wright State in Game 2 (Feb. 20)
• Recorded his first win of the season in the final series of the regular season versus Kentucky (May 20), striking out four and allowing a hit in 2.0 innings of work
• Struck out a season-high six Ks in the May 26 victory over Ole Miss – in 3.1 innings of work, he only allowed one run on two hits
• Etched at least one punchout in all but two appearances
• Threw a career-long 3.2 innings in the 11-inning, Regional-clinching win over Georgia Tech
• Struck out four, walked one and allowed a hit while allowing two runs
• Pitched a perfect inning in Game 1 of the NCAA Super Regional versus East Carolina