Oh it’s vital, but not more so than anything else in the foundational stages of Lea’s tenure.

“The message to our whole team is that everything is important. I don’t think one thing is more important than the other,” Vanderbilt assistant head coach Justin Lustig said. “Every day is important. Every minute is important.

“From each strength training session to the mental performance part to each special teams meeting – it’s all important. We’re just taking it step by step and trying to get one percent better.” 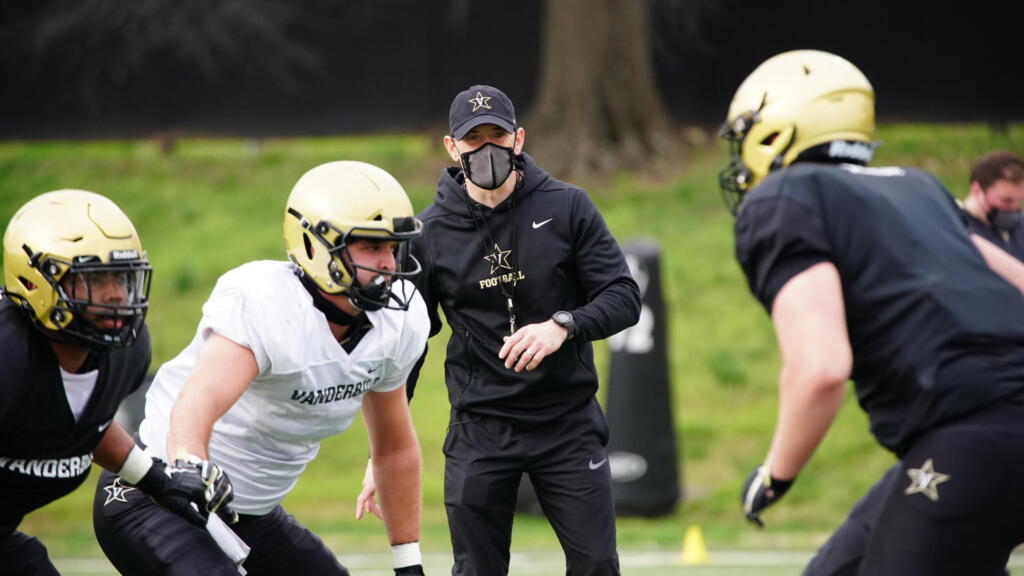 Lustig was one of Lea’s first assistant coaching hires earlier this year. The Bucknell graduate came to West End after stops at Eastern Illinois, Louisiana Lafayette, Ball State and Syracuse, respectively. A more notable stop along the way was at Edinboro (Pa.) where, as head coach, he led the Fighting Scots to a 9-2 record one year after that program was 0-11.

The mentality of knowing what it takes to turn a team victorious stood out to Lea.

“He’s a winner,” Lea said. “That guy is a winner. I value having him here so it’s been a lot of fun to grow that relationship on a personal level.”

While Lustig’s roles include directing the Vanderbilt tight ends and special teams, he’s also someone Lea can confide in, bounce ideas off of, talk about the big picture with and discuss team messaging. Lustig was also selected to help build Lea’s program because of his success specifically in special teams, an area of the game that allows winning teams to dominate in the margins of field position, possession and the creation of explosive plays.

While Lustig is now back on the field this spring looking to mold Vandy special teams into one of the nation’s top units, the past few months have given him a front-row seat to watching all his new colleagues walk through the door.

“Coach did an unbelievable job of putting this staff together,” Lustig said. “It’s a combination of good people, smart men who all have the same objectives. Everyone is trying to get better. Everybody gets along and is pulling in the same direction. I think that alignment is so critical in putting together a successful organization.” 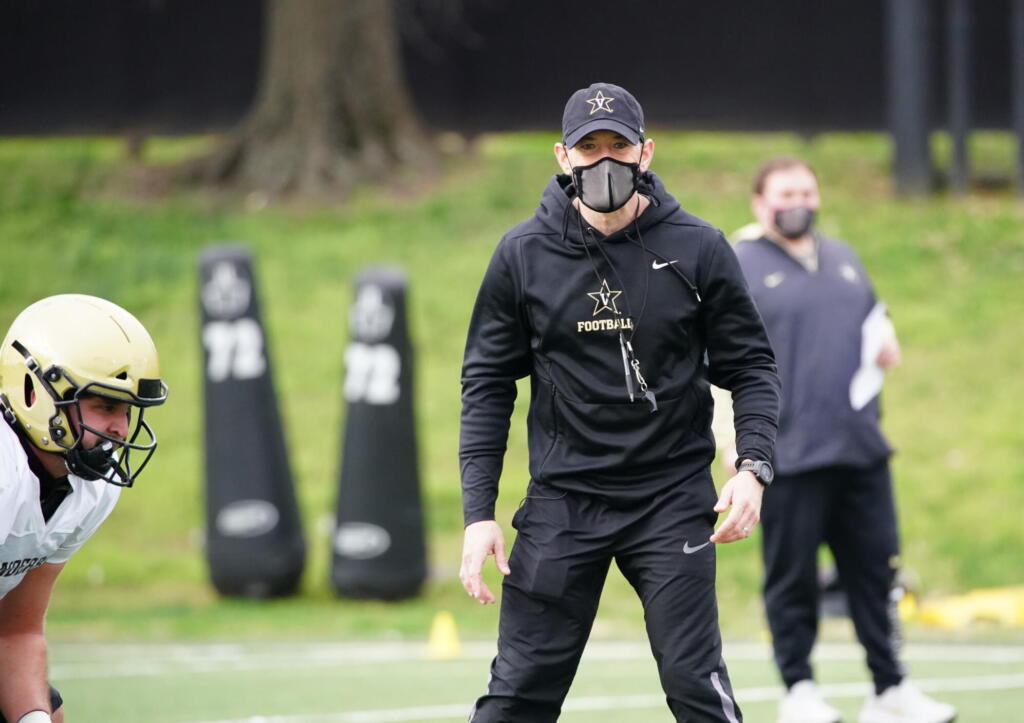 Lustig and Lea had never worked together before 2021. The two simply knew each other from their matchups between Lustig’s Syracuse teams and Lea’s Notre Dame’s squads.

The opportunity for Lustig to come to Nashville with the Vandy alum was one he couldn’t pass up for a chance to reinvent himself and his system. Now he’s looking for a specific type of Commodore to make Vanderbilt the best it can be.

“Coach talks about being a humble worker and I think that shows up so much in special teams,” Lustig said. “Humble workers are not necessarily striving to get their name in the papers. They’re the guys who are blocking on the punt unit and blocking on the field goal unit.

“They have to be busting their butts to get better at what they do so we can all have success as a team.”