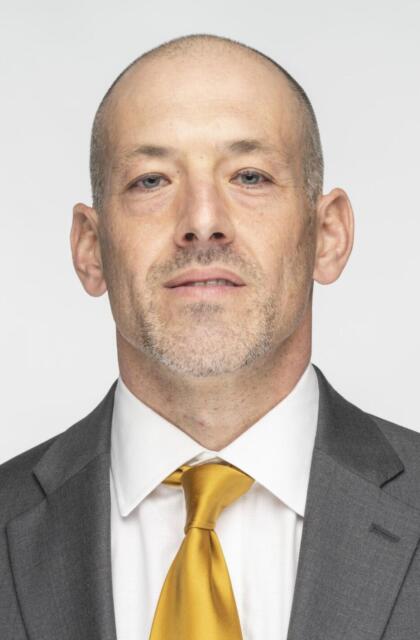 Justin Lustig, a Broyles Award nominee as the nation’s top assistant coach, serves as associate head coach and special teams coordinator for the Commodores, while also coaching the tight ends. Lustig was promoted from assistant head coach following the 2021 season.

His debut season in Nashville saw kicker Joseph Bulovas twice win SEC Special Teams Player of the Week after the graduate student kicked game-winning field goals against Colorado State and UConn. Bulovas finished the 2021 season 14-for-19 on field goals with a long of 50 yards while connecting on all 15 point-after attempts.

During his time at Syracuse, Lustig served as the special teams coordinator each season. He guided the Orange running backs in 2017 before shifting to outside receivers from 2018-20. For the 2019-20 seasons, Lustig added assistant head coach responsibilities.

Lustig coached eight All-ACC players at Syracuse, including six specialists. Szmyt captured the 2018 Lou Groza Award as the nation’s best placekicker. The third freshman to ever win the award and a unanimous All-American, Szmyt made an ACC-record 30 field goals and became the second kicker to lead the FBS in scoring (11.6 ppg).

In his first year as Syracuse’s outside receivers coach, Lustig oversaw the development of Jamal Custis, a 2018 All-ACC second team honoree. In 2019, Trishton Jackson was voted to the All-ACC second team after he became the first Syracuse junior to record a 1,000-yard receiving season. The 2020 season was capped by Taj Harris being a third team all-league pick.

Before joining the Orange, Lustig was the head coach at Edinboro in 2016, when he was named the D2Football.com Coach of the Year. Lustig inherited an 0-11 team and led the Fighting Scots to a 9-2 record, the biggest turnaround in Division II football history. Along with his national coach of the year award, Lustig was voted the Don Hansen Football Gazette Super Region One Co-Coach of the Year and the Pennsylvania State Athletics Conference West Coach of the Year.

He was the special teams coordinator and running backs coach from 2011-15 at Ball State, leading the Cardinals to appearances in the 2012 Beef O’Brady’s Bowl and the 2013 GoDaddy Bowl.

After starting his coaching career as an assistant at Christopher Newport from 2001-02, Lustig spent the 2003 season as the cornerbacks coach at Villanova. He returned to Christopher Newport for the 2004 and 2005 seasons, working as special teams coordinator, recruiting coordinator and defensive backs coach. His four-year tenure with the Captains featured a USA South Atlantic Conference co-championship and three NCAA Division III playoff berths.

Following his stint at Eastern Illinois, Lustig worked for two seasons at Louisiana Lafayette as the special teams coordinator and running backs coach.

A 1996 graduate of Pennsylvania’s Cathedral Prep, Lustig played collegiately at Bucknell. He was a four-year starter at defensive back for the Bison and captained the team as a senior.

He earned his bachelor’s degree in English and history from Bucknell in 2000. He received his master’s degree in human resource management from George Washington in 2005.

Lustig and his wife, Beth Ann, have two sons, Samuel and Henry. 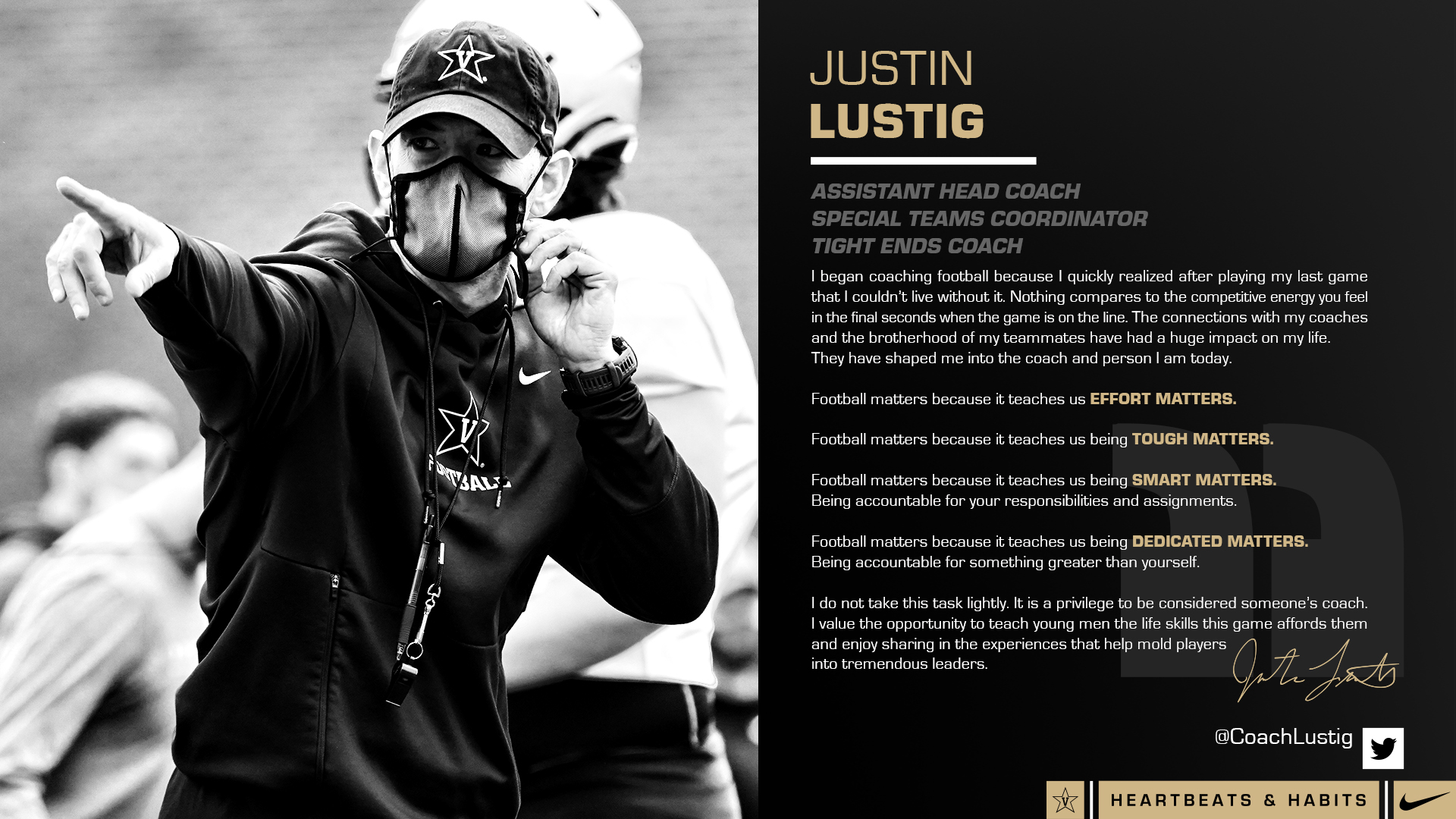