Since his time as a Vanderbilt Commodore in the 1950s, Caldwell has gone on to become a championship tennis player at the age of 87. 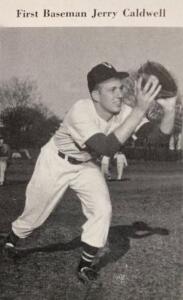 In May, Caldwell became the 2022 World Champion in Super Seniors double plays at the International Tennis Federation World Championship in Florida. Caldwell and teammate Albert Lyle won 4-6, 6-4 and 10-5 to claim the championship at Coral Lakes in Boynton Beach, Florida.

Known to family, friends and competitors as, “Mr. Vanderbilt,” Caldwell has been consistently ranked in the United States Tennis Associations men’s doubles rankings for years. His ITF World Championship is the highest title an amateur tennis player can win.

Caldwell and Lyle defeated the No. 3, No. 2 and No. 1-ranked teams en route to their championship. The tournament featured more than 700 competitors from more than 30 countries. 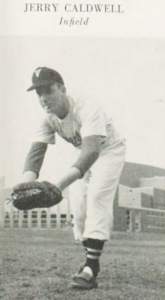 An avid Vanderbilt fan who helped organize his class’s 50th reunion in 2007, Caldwell graduated from Hillsboro High School in Nashville and earned an ROTC scholarship to Vanderbilt where he earned a degree in mathematics in 1957. After serving in the United States Navy, Caldwell started a career with International Business Machines where he strove to promote the usage of personal computers by students in public education.

Caldwell has been inducted into the Hillsboro High School Athletic Hall of Fame, the Georgia Tennis Hall of fame and the Southern Tennis Hall of Fame, is the president of the Atlanta Lawn Tennis Association and was the tournament director for the 1974 World Championship of Tennis.

Married to wife Margaret, also a Vanderbilt alumna, Caldwell earned a master’s degree from Georgia Tech in 1969 and currently lives in Vinings, Georgia. 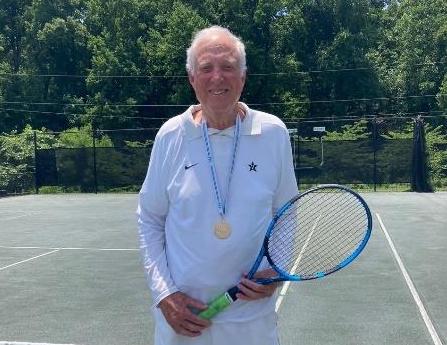