NASHVILLE, Tenn. — The Masters – the most prestigious tournament in the history of golf.

It is a tournament where the greatest golfers in the world gather in Augusta, Georgia, to compete for a green jacket. The invitations are exclusive. To be invited is to be elite.

Only six amateurs in the world each year receive the opportunity to play in the tournament. This week, Vanderbilt’s John Augenstein will have that opportunity to make his mark.

As the runner-up in the U.S. Amateur in 2019, the Owensboro, Kentucky, native qualified for the moment he has been waiting for his entire life.

“I grew up loving this tournament,” Augenstein said. “Every kid dreams of playing in it. It is an incredible course with so much history.” 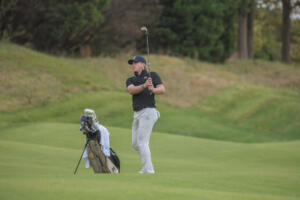 Augenstein’s journey to Augusta started early. At three years old he started going to the range with his dad. At age seven he played in his first tournament. From then on, Augenstein knew this is what he wanted to do.

“I have always been obsessed with golf,” Augenstein said. “I have never wanted to do anything else.”

In high school, Augenstein had to stop playing other sports because he wanted to use whatever daylight was left after school to work on his golf craft. He would have to make up classwork to compete in tournaments across the country.

In 2014 he won a Kentucky state high school individual championship and in 2015 he was named Kentucky’s Mr. Golf. As one of the top-10 players in the country, most colleges went after Augenstein, but only one really stood out.

“There was never a doubt I was not going to Vanderbilt from the day they reached out,” Augenstein said. “Coach (Scott) Limbaugh played a large part in my reason for coming here.”

As a freshman, Augenstein gained the country’s attention early.

He clinched the SEC Championship after winning the deciding matches in the semifinals against Florida and the finals against Texas A&M. That year he was awarded as SEC Freshman of the Year and became a GCAA Freshman All-American.

Now as a fifth-year senior, Augenstein is on the back end of his college career.

In his time with the Commodores, he has 21 top-10 finishes including winning the Mason Rudolph Championship and the Desert Mountain Intercollegiate. Earlier this month he finished second at the Vanderbilt Legends Collegiate.

Last season, Augenstein was named 2020 SEC Player of the Year and a GCAA first team All-American.

He also won the 2018 Players Amateur that allowed him to play in the PGA Tour’s RBC Heritage tournament. The highlight of his career so far is when he played in his first PGA major tournament, the 2020 U.S. Open.

Although he did not make the cut in either PGA tournament appearance, Augenstein learned a lot.

“I expect to do well in any tournament that I play in,” Augenstein said. “They were both great experiences and I walked away with positives that helped me mature as a player.”

For The Masters, Augenstein has been preparing all year. He has made multiple trips to Augusta for practice rounds and has studied the course as well as he could. 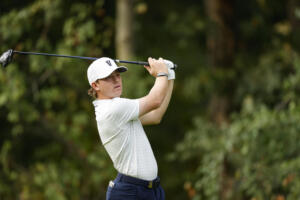 “The course fits my game well,” Augenstein said. “It requires shaping shots and working the ball different ways to get to flags. There will not be a shot that I have not hit before.”

In 1995, Tiger Woods made his Masters debut as an amateur and made a name for himself. Twenty-five years later, Augenstein will have that same opportunity.

The tournament is scheduled to begin Thursday.

“It is an incredible honor and I am looking forward to it,” Augenstein said. “This is a culmination of years of work and I am very thankful to be here.”