A First for Fuller ... and for All

NASHVILLE, Tenn. — There was a missed call from Ken Masuhr.

Odd, Sarah Fuller thought. The season is over. What more could he possibly want?

“Have you ever kicked a football before?” The Vanderbilt soccer associate head coach asked.

Fuller said yes, she had. 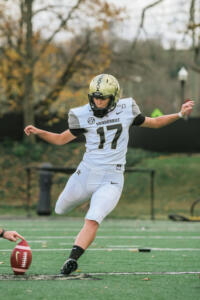 An hour later, Fuller, a senior keeper for Vanderbilt’s SEC championship soccer team, was on the practice field getting introduced to, “a lot of new people really quickly,” and joining the other Vanderbilt specialists in front of some goal posts.

“I made the first one and I kept making them,” Fuller said. “It sounds really good to me. It’s different than a soccer ball, but it felt good.”

Fuller has been on an emotional and physical roller coaster since Nov. 15. It was then that Fuller and her soccer teammates beat Mississippi State 4-0 in the SEC Tournament in Orange Beach, Alabama, in what turned out to be the start of an historic postseason.

Vandy eliminated Tennessee, Texas A&M and Arkansas, respectively, to win its first SEC Tournament title since 1994. Fuller played every minute in goal in the culmination of a trying season.

She, like her peers, was next planning to return home for the holiday break before resuming classes online to end the semester.

Instead, at 11 a.m. Saturday, she could become the first ever female to play in a Southeastern Conference football game if she takes the field with the Commodores at Missouri. The game will be televised by SEC Network.

“(Monday) I decided I was just going to take in the win and take in the soccer aspect,” Fuller said. “(Tuesday) it’s like now let’s get into the football stuff. It hits me every now and then I’m like, ‘Whoa this is all happening.'”

Because of contact tracing within the Vanderbilt football program, the Commodores will be down a limited number of specialists Saturday when they take the field against Missouri.

Thus, Fuller will put on a football uniform and be available should head coach Derek Mason call her name. 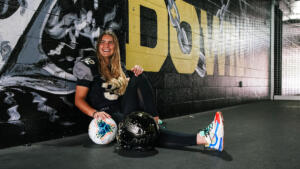 To add another speck of unbelievability to the story, Fuller mentioned that she and the Vandy soccer team were watching last Saturday’s game between Vanderbilt and No. 6 Florida. The Wylie, Texas, native happened to assert out loud that she could probably do what she saw college kickers doing on television.

“I did not know I manifested that into a reality,” Fuller said.

A three-time selection to the SEC Academic Honor Roll, Fuller had mostly been a reserve for the Commodores until 2020. But she played in nine matches this past season, collected 28 saves and recorded three clean sheets.

Off the field Fuller strives to make the world a different place and her resume includes a summer internship with Thistle Farms and End Slavery Nashville. When she straps on her helmet Saturday the back of it will read “Play Like A Girl” to encourage young women to get involved in athletics and to become aware of a science, technology, engineering and mathematics camp scheduled for March in Nashville. 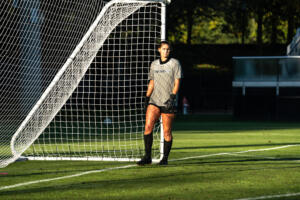 And speaking of Fuller’s helmet, well, should she put that helmet on Saturday and actually get to step onto the field, history will be made. No female has ever played in a Power 5 regular season game before and only two others – Katie Hnida for New Mexico and April Goss for Kent State – have ever appeared in a Football Bowl Subdivision contest.

“I think it’s amazing and incredible. But I’m also trying to separate that because I know this is a job I need to do and I want to help the team out and I want to do the best that I can,” Fuller said. “Placing that historical aspect aside just helps me focus in on what I need to do. I don’t want to let them down in anyway.

“It’s an honor they called on me to be able to do this and help them out.”

Vanderbilt (0-7, 0-7 SEC) will be going for its first win of the season in what has been a more than unusual week in the most unusual of seasons. The Commodores had been scheduled to face Tennessee at home before a last-minute schedule change has the team headed to Missouri.

“I have a great inner circle that I know is going to keep me in check and hold me accountable for things and make sure I’m doing this right,” she said. “And that’s what I want to do, to just represent my family well and represent the school well.” 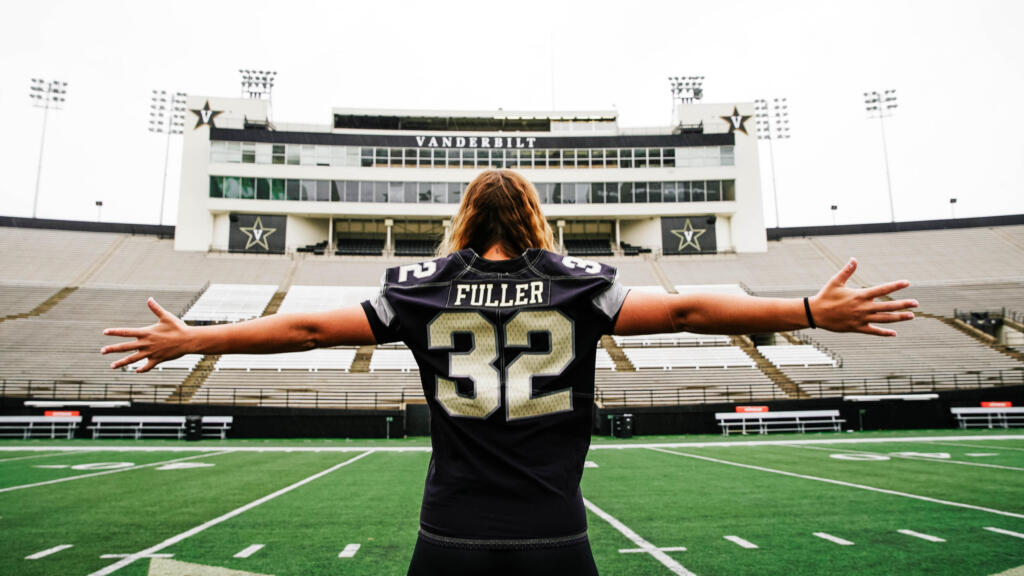