NASHVILLE, Tenn. – One came from California. Another hails from England. The third is a Texas native with family originally from Mexico.

“It’s a group that came in as good players and made themselves really good here,” head coach Geoff Macdonald said. “Now, all of them are All-SEC players.”

This weekend, that trio and No. 8 seed Vanderbilt host Texas A&M in NCAA Super Regional action at the Dores’ Currey Tennis Center. The Commodores advanced to their sixth consecutive Sweet Sixteen by ousting Miami (Ohio) and Georgia Tech in early rounds last weekend.

Contreras, Dvorak and Smith each hope to cap their Vanderbilt careers with an NCAA title. But regardless of how 2019 ends, those three seniors will have helped lead the Dores to immense success during their tenures in Nashville.

“My freshman year [2015-16], when we beat Virginia, we were just so excited to get to the Final Four,” Contreras said. “I wouldn’t have expected to be there two more times. It comes as a shock each time something happens. You earn it — it’s not given to you. I’d rather have to fight for what we’ve won. I’d rather show and prove that we’re a good team.” 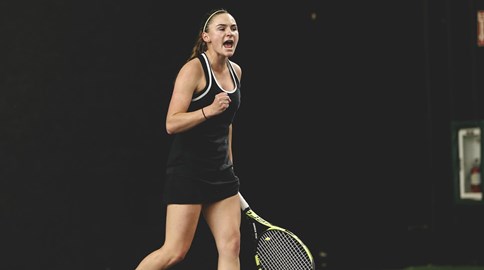 The Commodores have been more than good with Contreras and company in tow. Contreras and Dvorak arrived as freshmen for the 2015-16 campaign, with Smith transferring to Vanderbilt the next season following a year at Rice University. In all, the three student-athletes have played a role in Vanderbilt winning four SEC titles – two regular season and two tournament – reaching three Final Fours and finishing as NCAA runner-up last season. They could also add to that legacy in the coming weeks.

Contreras, Dvorak and Smith have brought home elite individual honors, as well. Contreras, an Austin, Texas, native, has ranked as high as No. 3 nationally in singles and has already staked her claim as the program’s all-time leader in career singles wins. She is a three-time All-American and 2018 SEC Tournament MVP while also taking part in several extracurriculars, such as Student-Athlete Advisory Committee, Vanderbilt Student Government and service trips abroad. All the while, Contreras has thrived as a mechanical engineering major.

"She has come a long way," Macdonald said. "There were a lot of schools who didn't recruit Fernanda because they thought she was a little too slight and could get overpowered. But she's proven to be a brilliant tactician and had a great career. She's quite a remarkable young woman." 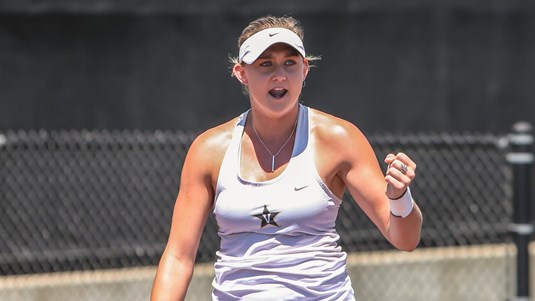 Dvorak earned Second Team All-SEC honors in 2018 and was at her most clutch late in the season. Last April, the Laguna Beach, Calif., product Dvorak clinched Vanderbilt’s 4-3 comeback victory over No. 10 Florida, which clinched the Dores’ second straight SEC regular season championship and the No. 1 seed in the SEC Tournament. Down 4-1 in the third set, Dvorak took five straight games to clinch Vanderbilt’s second straight SEC regular season title. That week Dvorak earned SEC Player of the Week honors for the first time in her career.

This season, Dvorak has bounced between the 5 and 6 spots in the lineup and provided added depth for the Commodores in both singles and doubles. 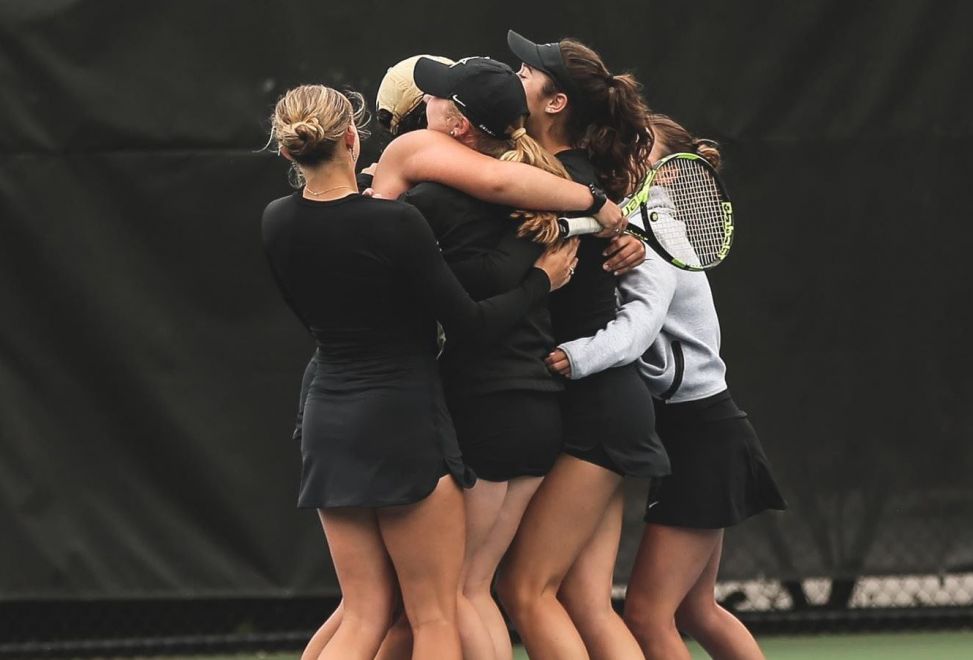 “Summer reminded me of [former Vanderbilt All-American] Frances Altick in recruiting: Very consistent, very intense, a tenacious competitor,” Macdonald said. “She was a rock at [position] 6 last year.” Smith wasted little time making history once she arrived at Vanderbilt as a sophomore in 2016-17. She teamed with singles All-American Astra Sharma to form a potent doubles duo; the pair reached a No. 1 ranking in the country and earned the top seed in that year’s NCAA doubles tournament, the first Vanderbilt tandem to achieve that feat. Smith garnered All-America status as part of that doubles team.

Meanwhile, Smith has climbed as high as No. 42 in singles during her career and clinched a handful of key matches this spring, including over Ole Miss on Senior Day in April.

“I don’t think the team achieves without Emily Smith being here,” Macdonald said. “I give her enormous credit.”

The final chapter for Vanderbilt’s seniors remains unwritten, and the journey continues Saturday against Texas A&M. But Macdonald, in his 25th season at Vanderbilt, has seen a quarter-century’s worth of senior classes come and go. Each crop of seniors leaves its own legacy, and Macdonald said he won’t forget the impact of this year’s trio of veteran leaders.

“You look at what these young people do, it’s amazing,” Macdonald said. “I’m lucky to be here, because you get to offer SEC tennis and a world-class education. I am very gratified to see them take it seriously and go after it in both realms. They’re becoming something pretty amazing.”