NASHVILLE, Tenn. — On his way to campus each day from Antioch, Jabari Brown passes a goat farm.

“I see goats on the way to work and then I’m seeing G.O.A.T.s in the office,” Brown quipped.

Brown’s office is adjacent to Hawkins Field and down the hall from Vanderbilt head coach Tim Corbin and his staff. Brown is there daily because he earned the opportunity to be named the first recipient of the annual Maggie Corbin Minority Baseball Apprenticeship, a position awarded to a minority candidate.

“We just thought he would be perfect as the first recipient,” Maggie Corbin said. “He was really excited about it, so it worked out. It’s been great.”

With the assistance of the Vanderbilt Athletics department and Vanderbilt athletic director Candice Lee, Maggie and Tim Corbin created the internship because they were tired of hearing about the narrative about the lack of minority coaches in college baseball – so they decided to do something about it.

“Let’s be actionable about it and provide an opportunity to someone. Those doors aren’t easily opened,” Tim Corbin said. “The root of it is really the fact that at the foundational level where kids decide to play the game or not, they’re looking for people like themselves who are either playing it or coaching it.

“When they don’t see that it’s easy to move into another sport or do something else. We felt like this was the first step.”

A few years ago, at an American Baseball Coaches Association Convention in Nashville, Brown heard Tim Corbin speak. He shot a text message to his best friend about the experience.

That friend, one Ro Coleman, urged Brown to simply introduce himself after Corbin’s presentation. So, Brown waited patiently at the back of the room until Corbin had finished and made pleasantries with a long line of others.

“When Jabari introduced himself we talked a little bit and I said, ‘Make sure you stay in touch with me,’ ” Corbin said. “He did and then I just followed his path going forward.” 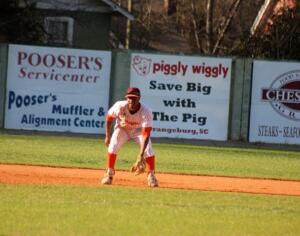 Brown and Coleman grew up together in Chicago. They became best friends and remained close even when Coleman transferred to Simeon High School to advance his college baseball prospects while Brown remained at De La Salle High School.

Coleman went on to star for the Commodores from 2014-17 and was part of a national championship team as a freshman. Brown took an opportunity to play at Division II Claflin in Orangeburg, South Carolina, where he helped the Panthers to a conference title and NCAA Tournament berth.

Brown had been an assistant coach at his alma mater since 2018.

“I’m extremely happy for him,” Coleman said about Brown joining the staff at Vanderbilt. “I don’t think any other person deserves this more than him. He will be able to create a change in this game of baseball just because of his want-to. He’s so young and just so passionate about it. I just love it for him.”

Brown played basketball, football and soccer in his youth, but he always returned to the diamond – and also took the advice from his father that he should probably stick with the sport that he excelled at the best. Brown developed as a standout middle infielder took a chance on college baseball when his travel ball coach connected him with the staff at Claflin.

A short stint playing independent baseball preceded the start of his coaching career at Claflin. Then came the phone call from Tim Corbin. 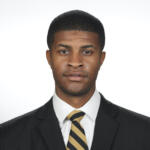 “To see ‘Corbs’ calling on your phone you get excited and try to calm yourself down and not do something crazy,” Brown said. “We had a talk and he started explaining his vision for how he wanted to help change the narrative of what’s going on. I’m just all for it and just happy to be the first recipient of this internship.

“It’s really a dream come true because you see your best friend playing on the field and wearing the uniform and then you talk to him about his experience and he’s telling you about the impact (Corbin) has on people and what he did for him during his matriculation through Vanderbilt. It’s a dream come true to go through a similar process.

Brown’s role is a non-coaching staff position. He is not permitted to coach or recruit, but can be involved in analytics, film editing, statistics and tasks of a similar nature.

The Maggie Corbin Minority Baseball Apprenticeship is a privately-funded apprenticeship for a minority candidate who desires to make coaching baseball a profession. Driven by the lack of collegiate coaching opportunities for minorities, the Corbins wish to provide a learning experience within one of the nation’s top collegiate baseball environments.

Perhaps an even bigger assignment is to simply take it all in.

“I just told him to be himself. Don’t try to be a super coach or overdo it. Just be yourself and learn every day,” Coleman said. “You’re going to learn so much.”

While Vanderbilt baseball’s goal is to return to the College World Series in Omaha, Nebraska, each season, and while Brown certainly hopes to be a part of such a run in 2022, his aspirations for his coaching career have a larger mission.

“I’ve talked to Corbs about my dreams and aspirations – it’s to take an (Historically Black College and University) to the College World Series and just be in that light and to show people that baseball can happen anywhere if you get the right people in place to meet those expectations and demand excellence wherever you’re at.

While Brown is the first to hold the Maggie Corbin Coaching internship position, he won’t be the last. And Vanderbilt’s hope is that Brown’s role becomes an example for other college baseball programs to create the same.

Lee said the Corbins spoke to her about the possibility of the internship more than a year ago. For Lee, the trendsetting position helps breaks the cycle of minority candidates not getting the job because they lack experience and not having experience because they haven’t had the job.

“Someone like Jabari, who is clearly a talented young man, some people might look and say he doesn’t have the pedigree. But Tim has created an opportunity for Jabari to have the pedigree that will then translate to opportunities that he deserves because he’s a talented young man,” Lee said. “When you’re a part of under-represented groups you are not always considered, you are not always seen. If Tim Corbin sees you, then there are a whole lot of other people that will see you, too.

“This young man deserves it. He has earned the opportunity. He just hasn’t been in the space where people have seen him. Everybody in Tim’s position doesn’t do this. It really should be acknowledged and celebrated. He’s using his platform to ensure people like Jabari are seen and have an opportunity.”

As the Commodores put a bow on their fall training with the Black and Gold Series starting Friday, Brown and Vandy will next look toward the offseason and then the start of the 2022 campaign in February. Brown knows that part of that journey, for him and for the team, will be difficult.

But doing difficult things – like blazing a trail as a Black coach in college baseball – are sometimes the things most worth doing.

“We have to put ourselves in uncomfortable situations. You can ask my mom and she’ll still tell you when I was little I was the shyest kid. If I didn’t get ketchup on my burger, if I had asked for it, I wouldn’t even tell the people they had made a mistake,” Brown said. “But being pushed to get put in uncomfortable situations? You never know what could happen and what might happen. It’s just about putting yourself out there and just being vulnerable for a second and not worrying about if someone says yes or no but building genuine relationships that really matter.