The Games and Gains of Allan George

NASHVILLE, Tenn. — In many ways, everything has come together for Allan George.

The redshirt junior is primed to have a breakout season for the Commodores in 2020. That didn’t seem incredibly likely when he arrived on West End in 2017.

“He understands where he is now. He has goals and expectations for himself,” Vanderbilt head coach Derek Mason said. “To see him grow from where he started, a young man from small-town Alabama, who has come to Vanderbilt and made an extremely deep impact on this defense, this secondary – it’s good to see young guys grow up.”

A 6-foot-1, 187-pound cornerback for the Vanderbilt football team, George has evolved into a Dean’s List student, a highly-competitive gamer and a now-engaged-to-be-married standout for the Vandy defense. He puts on the pads every day knowing more eyes are watching him than ever before. 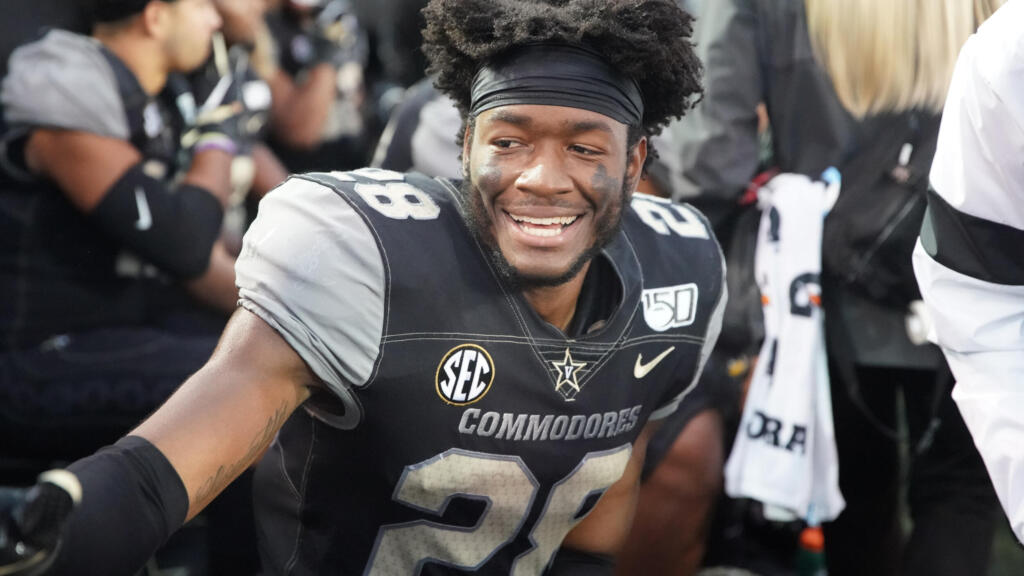 Distractions before anchoring down

It’s not that George has ever been a poor student. He would have never been able to enroll at Vanderbilt in the first place had academics been an issue.

But as a true freshman, redshirting in 2017, concerns over his family’s well-being while trying to plan on how to provide for that family in the future consumed his thoughts.

“I tried to help my family out monetarily and emotionally and I just neglected my schoolwork because I didn’t feel like me doing that was going to help them at all,” said George, who prefers to keep those family narratives private. “So I just wasn’t going to class so I could try to make money for them to send back home. It put me into a bad spot going into my sophomore year.”

George had dug himself a hole off the field but had done enough on the field to earn playing time in 2018. He played in 12 of 13 games for the Commodores, made 33 tackles, forced a fumble and snagged his first career interception in a win against Nevada.

The following summer going into his junior year George began to find his stride in the classroom.

“I had always done really well in summer class because my focus was a lot different in the summer than it was in the school year,” he said. “There was only like one or two classes that I was in so I could put all my time and effort into that.

“This past year was a really challenging year. I was taking 17 hours during the fall semester. I didn’t expect to come out the way I did. A lot of hard work and late nights studying film and studying school work helped in the end.”

Finding a Calling of Duty

George, admittedly, has always been into video game play. And his true passion is Call of Duty, a franchise which debuted in 2003.

Most of George’s time with the controller, however, was relatively personal as opposed to a heavy faction of online users who record their play publicly on a live-streaming platform. Then, earlier this summer, George entered an online tournament in which one of the rules demanded participants to stream their respective play to monitor possible cheating.

“It’s pretty fun. I’ve gotten more people to talk to me about video games on there – more than I thought I would,” George said. “I didn’t really think it was going to be that much of a reaction out of people. A lot of fans reach out and talk to me. There were a few Tennessee fans who weren’t happy that I was playing Call of Duty.”

George’s gameplay has been noticed by eSports writers, the gaming community and even a Call of Duty prodigy who is 6-years-old. George’s passion for the game bordered obsession this summer at the height of the COVID-19 pandemic.

“(Call of Duty) crosses my mind in regular conversation. When I hear certain word I start to think of video games,” he said. “Everything I do is centered around Call of Duty if feels like.”

A plan and a proposal

George met cheerleader Katyln Richardson during the spring of the 2017-18 academic year when Richardson offered to help George study for one of his finals.

The couple has been together ever since and have spoken openly with each other about planning an engagement and marriage soon after graduating from Vanderbilt. George had hoped to propose to Richardson after the Dores’ season-opener against Mercer – originally scheduled for Saturday – with help from a television crew and local media.

But with so much of the athletics world in flux due to the COVID-19 pandemic, a new plan had to be formed.

“We both felt like if you know, you know,” George said. “We both really didn’t see the reason of waiting extremely long or dating for four or five years. If you know you’re locked-down with somebody else, then what are you waiting for?

“We knew we wanted to get engaged and married after graduation. We just didn’t know when the right time would be.”

Richardson had mentioned wanting to get one final moment with her and George in their respective uniforms before both started their senior years at Vanderbilt. So with the uncertainty on what the 2020 football season may look like, George took the initiate to set up a faux video and photo shoot of sorts on campus.

At the end of the session, Richardson turned away from George only to turn back and see the defensive back intercept the moment.

“They told her to turn around and do a little hair flip and I was on my knee already,” George said.

Said Mason: “When he told me he was getting engaged, I said, ‘You truly ready for this?’ He looked at me and he just smiled. For me I felt like a dad at that point in time.” 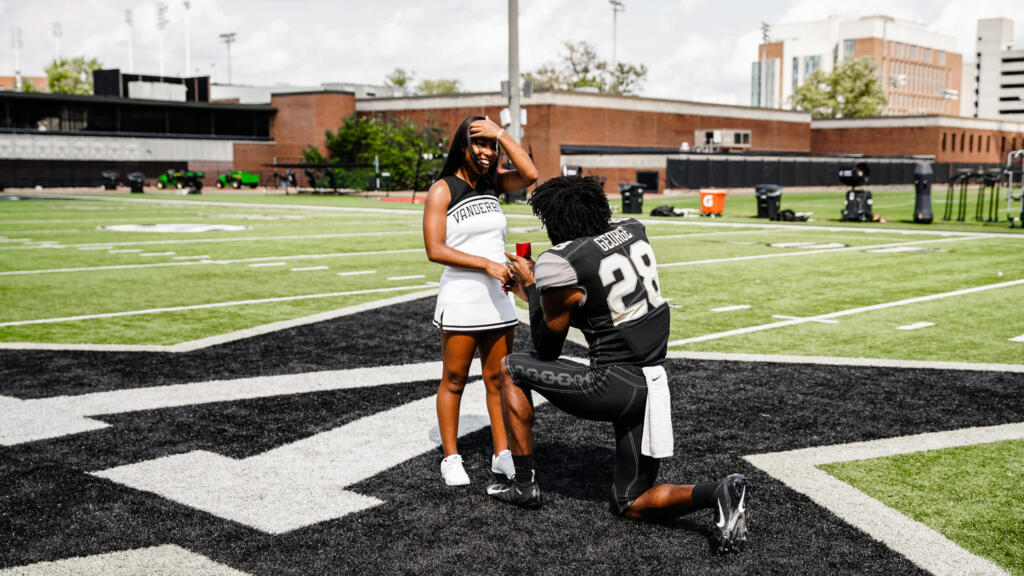 Looking toward the future

Whenever George’s career ends in Nashville he hopes to make it to the National Football League.

The Andalusia, Alabama, product has 72 career tackles, 7 1/2 tackles for a loss, nine pass breakups and a pair of interceptions in 24 careers games. Three times in 2019 he made a career-high six stops.

Now he’s poised to take his game to the next level.

“I’m trying to work on the things people have told me I need to work on with scouts our trainers, “ he said. “I feel like my covering is fine – it’s my tackling that I was discouraged about this past season.

Outside of football, George, a Medicine, Health and Society Major, wants to enter the healthcare field when his playing days come to a close. He said he wants to make an impact in looking for ways to provide medical coverage for those who may not have the financial means to cover the costs.

That’s a mature endeavor for a young man who, after a rocky start, has found his way – the Vanderbilt way.

“(I told him) ‘You’ve grown up, you work extremely hard and guys around here respect you,’ ” Mason said. “I think that locker room feeds off Allan George because he’s earned a right to be called a leader in that space.”