The Futrell is Bright

NASHVILLE, Tenn. — There is no question as to what Devin Futrell’s main focus is each and every time he steps onto the pitching mound.

There is a competitive spirit to the young pitcher that, he believes, he was simply born with and that has grown only fiercer with every passing year. From pick-up games in the neighborhood cul-de-sac to video games to table tennis and even fishing, Futrell always found himself yearning to be considered the best.

But in 2022, Futrell has had to teach himself how to be more aware of the importance of the present on and off the diamond.

“My main goal is to help my team go as far as possible in the postseason and hopefully win another national championship,” he said. “And then besides winning, it’s just building as many memories as possible. Corbs (Vanderbilt head coach Tim Corbin), he always tells us that these years go by fast. Since February this has been some of the fastest times on my life. So really just trying to focus on making memories.”

Going into Tuesday’s matchup against Indiana State at 6 p.m. at Hawkins Field, Futrell has already giving Vanderbilt (31-15) and its fans plenty of memories. With his freshman academics all but virtually completed, the left-hander now turns his attention toward his first postseason as a Commodore.

Special From the Start

Futrell had a baseball in his hand by the time he was 4-years-old. He graduated from having a catch in the backyard with family to youth leagues about the age of 9 where he soon understood he was different than his peers.

The Florida native was playing with teammates a year – sometimes two – older than he was. 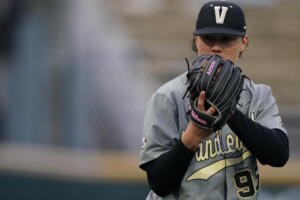 “Once I started realizing I’m one of the best competitors and players in that age group I was like, ‘Wow I could be something special,’ ” Futrell said. “All my coaches and teammates around me were like, ‘Dude you’re really good.’

“When I first got my first college (scholarship) offer (the coach) wanted me as a two-way player so that was pretty exciting. That turned on a light bulb for me. Vanderbilt offered a few months later.”

Futrell would go on to commit and sign with Vanderbilt and arrived in the fall of 2021 along with the host of other first-year players considered to be one of the top recruiting classes in the country. The 6-foot-5, 195-pounder has been nothing short of remarkable since while standing out among that group.

Leading the Commodores in ERA and wins, Futrell has made nine starts and surrendered just 11 earned runs in 48 2/3 innings. He features a fastball, slider and curveball along with a devastating changeup that has become his featured pitch.

His 55 strikeouts are certainly respectable. His ability to make hitters consistently pop up the ball or pound it into the dirt is what makes Futrell stand out. 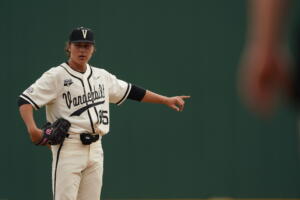 “Probably one of the most competitive players I’ve had. Throw him in any particular time, any moment,” said Bruce Aven, Futrell’s head coach at American Heritage High School in Florida. “We were in North Carolina playing in a high school invitational when he was a freshman. I gave him his first start and he jumped in there like it was nothing.

Baseball in the Blood

Futrell cherished the success of his older brother, Donovan.

Donovan Futrell preceded his younger brother on the American Heritage roster. A right-handed pitcher, he went on to pitch for Broward College and made the 2016 Valley League All-Star Team. He is now a 25-year-old firefighter in Orlando, Florida.

“He was one of my biggest role models growing up,” Devin said of his brother. “Seeing him play baseball I wanted to be in his shoes. And I took it personal and tried to be better than he was.”

When the younger Futrell wasn’t trying to best his brother, he was learning from dad.

Mark Futrell was selected by the New York Yankees in the 66th round of the 1988 Major League Baseball Draft. A right-handed pitcher, he played six seasons in Minor League Baseball before his career came to a close.

He spent much of his recent life teaching the finer points of the game to his sons. 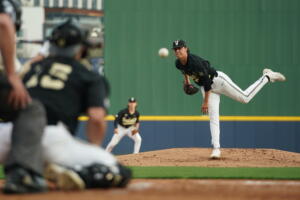 “He taught me pretty much everything I know about baseball – reading hitters, noticing tendencies and what to throw in certain counts and how to be successful in the pitching world,” Devin said. “We used to watch baseball on TV and he would question me, ‘What would you throw in this case?’ ”

Those early lessons helped create a cerebral pitcher who now ranks fourth nationally in walks and hits per inning pitched (0.8), ninth in walks allowed per nine innings (1.11), strikeout-to-walk ratio (9.17) and victories (8) and 20th in ERA (2.03).

Setting the Foundation for the Future

Aven was a 30th-round selection by the Cleveland Indians in the 1994 MLB Draft. The right-handed outfielder would make his MLB debut a little more than three years later and play for five organizations until his final appearance in 2002.

He has seen a lot of talent over the years as a former player and now coach. What stood out to him about Futrell’s development was an intangible metamorphosis when Futrell was a prep underclassmen.

“I think the biggest jump was him taking on leadership. When he came in we had a veteran team with a lot of older players and a lot of good players, draft kids and kids that were high-end players,” Aven said. “Probably his sophomore year going into his junior year you could see that he developed into that leader.

“He was the guy that was leading the groups, he was the guy that was making the right decisions off the field. You could just see that transition from being a kid to a kid that was really learning how to become a leader and a person that influences people – not just him throwing and pitching for him. He started to have an impact on a lot of kids.” 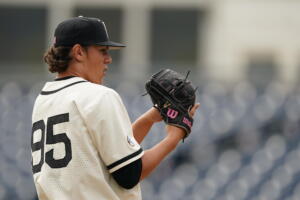 Futrell credits Aven for making him mentally stronger, a facet to his life he needed these past nine months as he has gotten adjusted to life at Vanderbilt. He admitted balancing the rigors of Vandy academics while staying on top of his baseball duties has been a challenge at times and he has learned, he said, that if he needs to do something he’s going to have to do it right and with 100 percent effort.

Leaning toward a major in human and organizational development, Futrell begins his one Maymaster class Tuesday before heading to the ball field for the Commodores’ contest with visiting Indiana State.

“So I go up with the mindset of, ‘Yea I’m going to strike you out and get you out and I’m going to win this game.’ Just trying to be the biggest competitor on the field is something that I carry into my game.”

While Futrell (8-1) has mostly pitched outside of the pressures of Southeastern Conference weekends this spring, there’s a high probability that the southpaw will be part of Vanderbilt’s rotation plans, not only in the postseason but possibly as the regular season comes to a close. Outings like his nine-inning, two-hit, one-run dazzler against Lipscomb on March 29 gave a glimpse into just how dominant Futrell can be.

But the biggest thing that stands out to the youngster about games like that particular one at First Horizon Park? His team left victorious.

“There is really no point in pitching if you’re going to have 10 strikeouts and give up 10 runs,” Futrell said. “Helping my team win is a successful outing for me.” 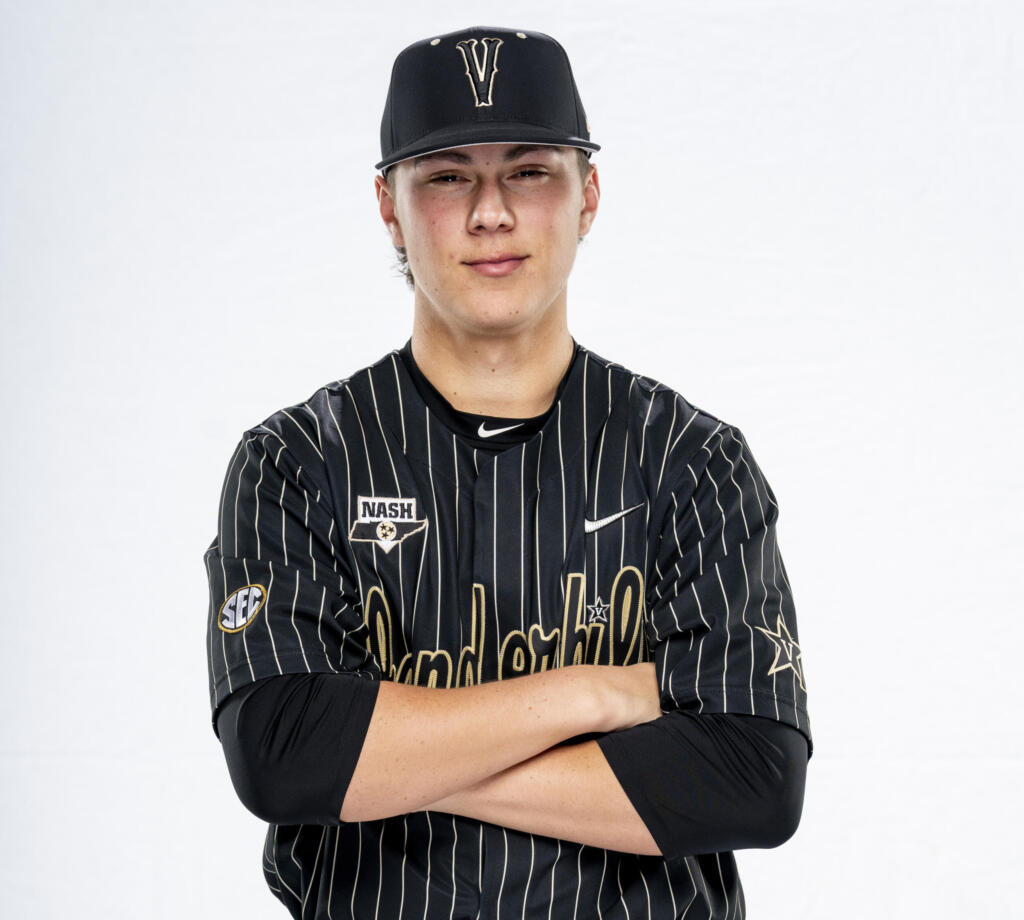