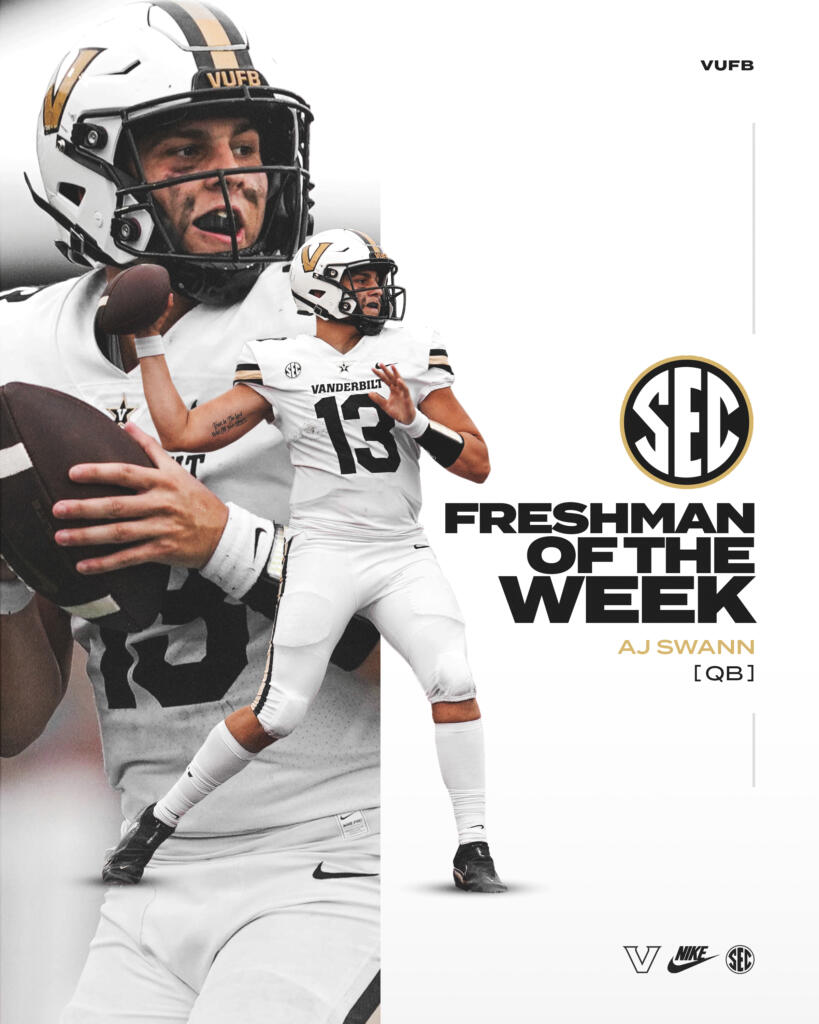 Swann led the Commodores to a 38-28 win at Northern Illinois on Saturday, finishing 18-for-28 for 255 passing yards and four touchdowns. He engineered a third-quarter rally from a 28-14 deficit with three touchdowns in less than six minutes to seal the victory.

The White, Georgia, native became just the second true freshman in the SEC since 2002 to throw for at least four touchdowns in their first career start. His 225 passing yards were the fourth-most by a true freshman at Vanderbilt since 2000. Swann became the third Vanderbilt quarterback of any class to throw for at least 250 yards and four touchdowns in a road game since 1996.

Over his three games played this season, Swann leads the SEC with a passing efficiency of 188.6. That mark places him second among all freshmen in FBS.Swann joins Jayden McGowan as members of Vanderbilt’s freshman class to win weekly honors from the SEC this season. Entering the season, Vanderbilt had won Freshman of the Week honors just four times since the award was instituted in 2005.

First career start for quarterback AJ Swann and a foreshadow of things to come with this early completion pic.twitter.com/gxQCcYS6W6