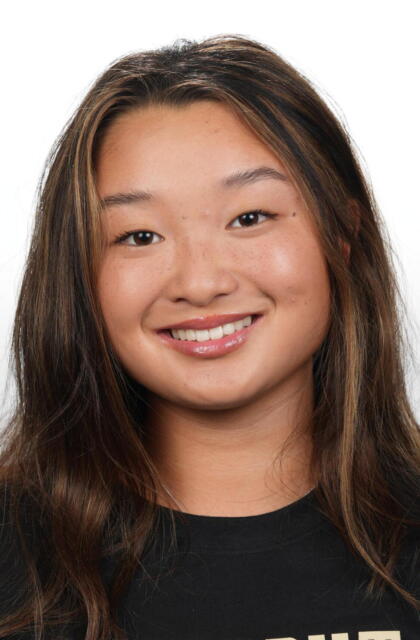 As a Freshman (2020-21)
• 18-8 overall record in singles play
• 17-12 overall record in doubles play
• Played anywhere from No. 3 to No. 5 singles while consistently playing with Christina Rosca at No. 3 doubles
• Named to the SEC All-Freshman Team
• Finished the season tied with Rosca for the most singles wins on the team
• Her 35 combined victories across singles and doubles also tied with Rosca for the most on the team
• Went 5-3 in singles play against SEC competition
• Posted one victory over a ranked foe, beating Florida’s No. 111 Sara Dahlstrom 6-1, 6-2 on the road
• Clinched Vanderbilt’s victory over Lipscomb
• Went 14-4 in doubles play with Christina Rosca
• Beat two nationally-ranked foes in doubles play with Rosca
• Topped Kentucky’s No. 57 Ana Tkachenko and Lesedi Jacobs 6-0
• Took out Ball State’s No. 88 Victoria Sec and Livia Lukacs 6-2 in the NCAA Tournament
• Also clinched six doubles points for the Dores