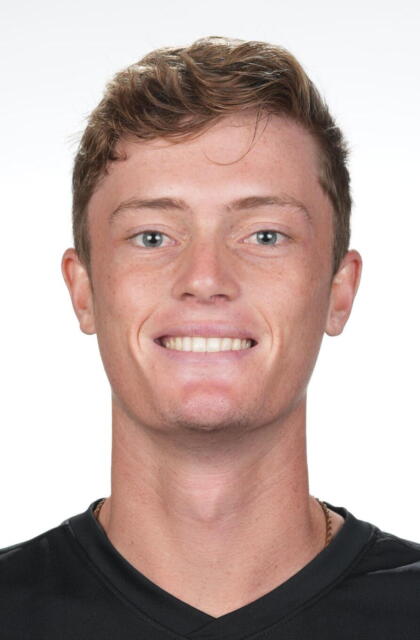 As a Junior (2020-21)
• 12-17 overall record in singles play
• 10-16 overall record in doubles play
• Competed primarily at Nos. 2 and 3 singles
• Started the spring season on a four-match winning streak
• Took three ranked SEC foes to three sets and led No. 68 Tyler Zink before the match was abandoned

The Ferreira File
• Graduated Spring 2022 with a B.S. in Engineering Science and a minor in Engineering Management
• Five-star recruit from Hilton Head, South Carolina
• Ranked 18th nationally, fourth in Southeast, second in South Carolina
• Ranked as high as No. 17 nationally
• 35-10 record, going 4-7 against Blue Chip recruits and 15-2 against fellow five stars
• Son of Wayne and Liesl Ferreira
• Describes the way he competes as hard and focused
• Favorite thing to do away from the tennis court is play video games
• Enjoys the nightlife in Nashville
• Has a superstition of having to use the same ball through an entire match
• Biggest influence is his life is his dad