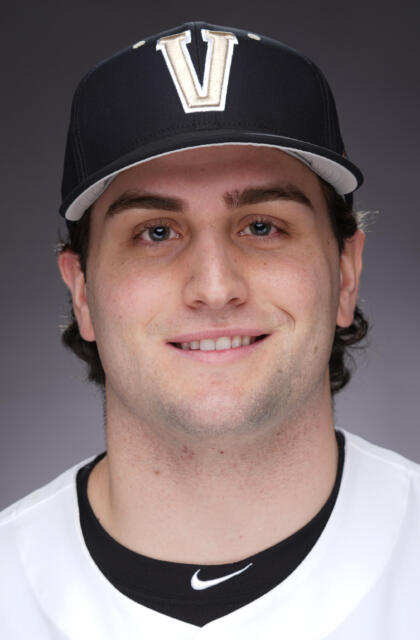 Head coach Tim Corbin on Maldonado: “Low maintenance young man. He keeps things very simple…he doesn’t ask for anything, he plays, competes and supports his boys.  He is a joy to be around. He came into our program cross-training at several positions but has quickly found a role on the mound. His development over the past couple of months has been fun to watch. He enjoys the arena of competition a great deal. There is a high level of trust with Nick because you know what you’re getting.”

As a Sophomore (2021)
• Made a team-high 28 appearances on the season, totaling 50.2 innings of work to lead all Vanderbilt relievers
• Sported a 2.31 ERA, the lowest of the Commodore relief pitchers
• Tied for the team lead in saves with nine on the campaign
• Tallied 59 strikeouts to rank second in the Commodore bullpen, while surrendering just seven walks on the season
• Limited opposing hitters to a .173 average against
• Made his season debut in relief on the second game of the twinbill versus Wright State (Feb. 22) – struck out one and walked two in a shutout inning
• Struck out a season-high of four on five occasions, including in 3.0 innings of relief in the NCAA Regional win over Georgia Tech (June 5)
• Recorded first save in the midweek win over Belmont (March 16) with 1.0 inning of work that included a punchout
• Struck out four in 3.1 innings and only allowed a single runner on base in the come-from-behind win over No. 4 Mississippi State (April 25), where he picked up his fourth save of the year
• Fanned 35 in his first 16 appearances (Feb. 22-May 7)
• Closed out NCAA Super Regional with 2.0 shutout innings and two strikeouts to beat East Carolina for a trip to the College World Series