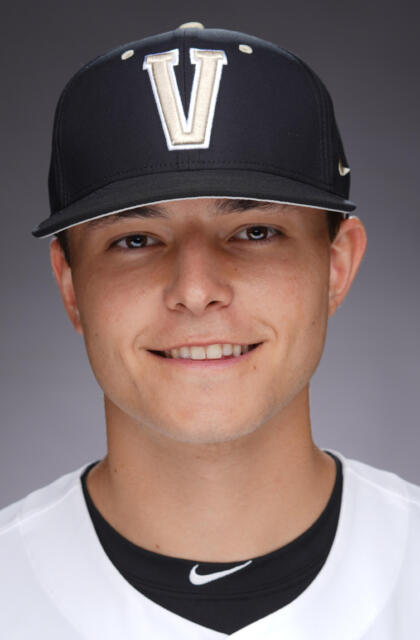 Head coach Tim Corbin on Leiter: “Jack is mature, intentional and predictable in his habits on and off the field…he gets it. Extremely proficient in all student-athlete activities. Although just a second-year player, he operates like someone who has been in the program for 3-4 years. Highly motivated and self-driven. He has a specific plan and he executes it…he leaves nothing on the table. Steady and consistent. There is a high care level for being good, and his habits reflect that.”

As a Sophomore (2021)
• Selected by the Texas Rangers with the second overall pick in the first round of the 2021 MLB Draft
• Unanimous First Team All-American
• Finalist for the Golden Spikes Award and Dick Howser Trophy
• Named to the ABCA All-Southeast Region First Team
• Named SEC Newcomer of the Year
• Selected to the All-SEC first team and the Newcomer All-SEC squad
• A consensus Preseason All-American
• Won first seven decisions to begin season
• Tossed 20.2 consecutive no-hit innings, spanning three across three starts from March 20 against South Carolina to April 2 at LSU
• Made season debut in second game of doubleheader versus Wright State (Feb. 22) – allowed one hit and fanned eight in 5.0 scoreless frames
• Tossed first regular-season, complete game no-hitter since 1971 in SEC debut against No. 16 South Carolina (March 20) – retired 27 straight after allowing first batter on via base on balls, struck out 16 on 124 pitches
• Followed no-hitter with 7.0 hitless innings where he punched out 10 and walked two at Missouri in first SEC road start (March 26)
• Double-digit Ks in first five SEC starts (March 20-April 17), three of which were away from Hawkins Field
• Fanned 13 in 7.0 innings of a no-decision against Georgia (April 9)
• In a win at No. 18 Ole Miss (May 16) – retired 13 via strikeout, allowed two hits, walked three and allowed a run in 6.0 innings
• Collected first postseason win over Georgia Tech in the Nashville Regional – struck out 11, gave a free pass to two, surrendered three hits and allowed a run in 6.0 frames
• Struck out 10 against East Carolina over 7.0 frames in the Super Regional to clinch a trip to the College World Series