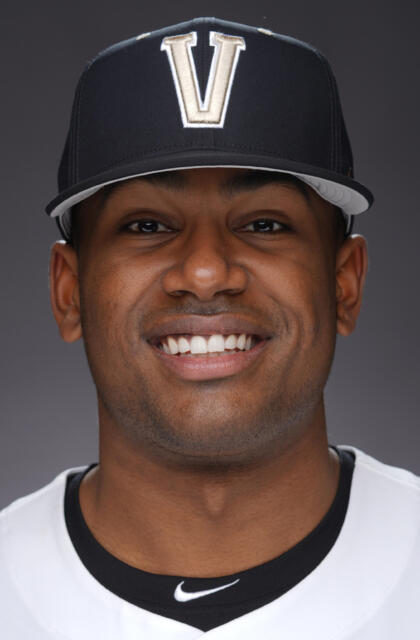 Head coach Tim Corbin on Rocker: “Very invested young man…in himself and his teammates. Shows up with the same disposition to improve every single day. He loves the competitive arena and thrives in it. His enjoyment for the collegiate environment and his ability to stay present in it, has been very satisfying to be part of. He has taken full advantage of his situation here and embraced these moments of his life with great enthusiasm. I love what he is doing and who he is becoming.”

As a Junior (2021)
• Selected by the New York Mets with the 10th overall pick in the first round of the 2021 MLB Draft
• Unanimous First Team All-American
• Finalist for the Golden Spikes Award and Dick Howser Trophy
• Named to the ABCA All-Southeast Region First Team
• Registered 14 wins and 179 strikeouts on the season to lead the nation in both categories
• Became just the second player since 1988 to lead the nation in both strikeouts and wins in the same season
• Selected to the All-SEC first team
• Tabbed as a finalist for the Dick Howser Trophy
• Golden Spikes Award Semifinalist
• Selected as the District 3 Co-Player of the Year by the NCBWA
• Consensus Preseason All-American
• Won first seven decisions of the season
• Eight strikeouts and a season-best one hit allowed in season debut versus Wright State (Feb. 22)
• 11 punchouts, two hits and one walk surrendered to Illinois-Chicago (March 6)
• Season-best 14 Ks in 8.0 innings pitched in first SEC start of the season against South Carolina (March 19)
• Tossed a complete-game and struck out eight in the series-opening win over No. 4 Mississippi State (April 23)
• Fanned nine and allowed two hits across 7.0 scoreless frames in the 10-0 NCAA Regional opening-win over Presbyterian (June 4)
• Worked 7.2 scoreless innings in a 2-0 win over East Carolina (June 11), striking out 11 batters in the effort while allowing just three hits