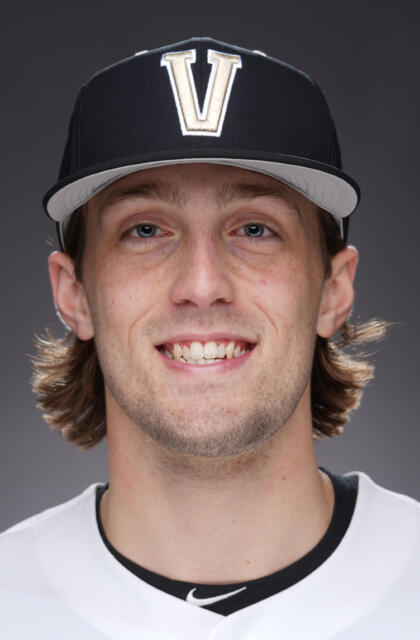 Student-Athlete Features
Vanderbilt Hustler – The Fish is back

Head coach Tim Corbin on Fisher: “His misfortune from a season ending arm injury in 2019, was Vanderbilt’s fortune in having Hugh come back for his senior season. Hugh has really developed in so many different ways here. He takes it upon himself to be very inclusive of younger people and help guide them along. His maturity has been exhibited academically and certainly on the mound. There are not many pitchers in the college game that are equipped with his tools. We are all excited to have him back on the field again.”

As a Senior (2021)
• Selected by the Arizona Diamondbacks with the 288th pick in the 10th round of the 2021 MLB Draft
• Made 16 appearances on the campaign, totaling 11.0 innings
• Ranked third amongst Commodore relievers in ERA with a mark of 2.45
• Limited opposing hitters to a .139 average against, while tallying 13 strikeouts
• Made season debut in the Feb. 24 win over Western Kentucky, where he fanned two in 1.0 inning of work
• Struck out a season-high three in 1.0 inning in the midweek win over cross-town foe Lipscomb (March 23)