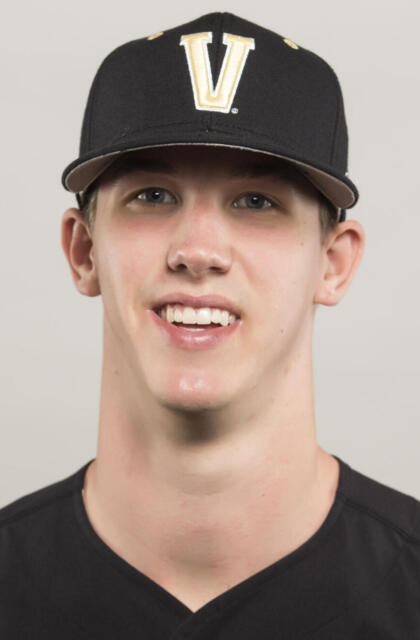 COACH CORBIN QUOTE: “Walk has been a very consistent performer and winner on our pitching staff since his freshman year. He came to us with an advanced skill set for pitching and he has continually improved upon that. Walker has great aptitude for the game and his ability continues to move forward. He has been a a?oebig gamea?? pitcher for us and will once again have a large role on our staff.”

2013 –Tagged for a career-high five runs on a career-high 10 hits in loss to Georgia Tech 6/2 in NCAA Tournament… Pegged with the loss allowing four runs on seven hits, including three home runs, in SEC Tournament loss to Texas A&M 5/22… Pitched a career-best seven innings in his fourth win of the year, topping Alabama 5/16 allowing two runs, one earned, on seven hits with six strikeouts… Earned his first career save with three innings of work at Kentucky 5/11 in first game of doubleheader allowing one run on five hits… Tossed two scoreless innings of relief vs. Presbyterian… Turned in a perfect inning of relief on 10 pitches against Mississippi State 4/28… Earned his third win with 5.1 innings at Louisville 4/23 allowing one run on four hits with two walks… Struck out two in a scoreless inning at Georgia 4/20 G2… Tossed two scoreless innings of relief in win over Missouri 4/13… Worked one inning of scoreless relief at Ole Miss 4/7… Saw his first SEC action against Tennessee 3/29 allowing three runs, two earned, on seven hits in 3.2 innings of relief… Pinned with his first collegiate loss at MTSU 3/20 giving up four runs, three earned, on six hits over four innings… Won his second straight start with six innings of work against Buffalo 3/13 striking out seven… Earned his first career win with six scoreless innings against Eastern Illinois 3/5 scattering five hits… Tossed five solid innings against Arkansas State 2/26 allowing three runs on five hits with seven strikeouts… Freshman pitched around eight walks to allow only one run in four innings of his collegiate debut against Central Arkansas 2/20.

HIGH SCHOOL– Two-time All-State and two-time All-City selection… Team won three straight district championships and was Regional runner-up in 2010… Holds the single-season strikeout record with 98 strikeouts in 66.0 innings for Henry Clay HS, where he had his jersey retired and lettered for four years on the baseball team… Played summer ball with Marucci Elite… Was a 14th round pick by Pittsburgh in 2012 draft.

ACADEMICS– Buehler is majoring in political science with a minor in sociology & corporate strategy and was a SEC First-Year Academic Honor Roll selection as a freshman.

PERSONAL – Walker Anthony Buehler… Born 7/28/94… Son of Karen and Tony Buehler and stepmom Lucy… Has three siblings: Brady, Delaney and Bella… Favorites include teammate Kyle Smith (baseball player), Cincinnati Reds (baseball team), Tiger Woods (favorite non-baseball athlete), Wolf of Wall Street (movie), The League and Blue Mountain State (TV shows), Flux Pavilion, Juicy J (band)… Says he would be a lawyer or politician if not an athlete… Actor Matthew Broderick would play him in a movie about his life… Lists owning a gecko as his oddest talent… Uses the word logical to describe himself… Roommates with Kyle Smith and Hayden Stone… Chose Vanderbilt because he wanted a baseball family.