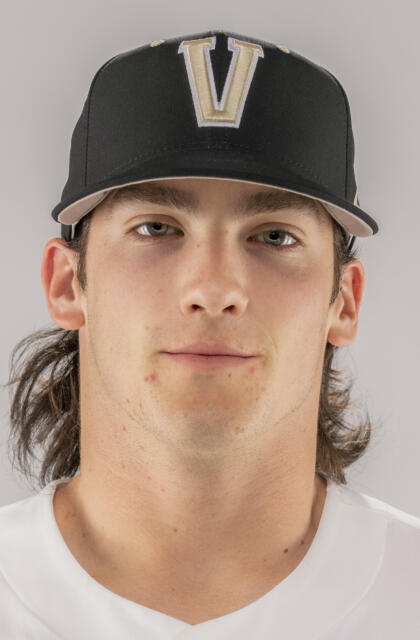 Head coach Tim Corbin on Reilly: “Patrick has some special attributes on the mound. He’s a very physical kid who works hard in the weight room. His arm and his stuff have a chance to separate themselves. He was fortunate to get some starting opportunities last year as a freshman. He will build upon that in the upcoming year. Patrick is on task, directed and a very good student.”

As a Sophomore (2022)
• Made season debut with seven strikeouts over 4.0 scoreless, one-hit innings vs. Oklahoma State (Feb. 18)
• Racked up nine strikeouts through 4.0 innings vs. Army (Feb. 25)
• Earned first win of the campaign in first start on the season in Game 2 of doubleheader at Hawaii (March 5)
• Allowed one run over 4.1 innings of relief work and earned the win in Game 1 of doubleheader vs. Wagner (March 11)
• Totaled 14 strikeouts over 5.2 innings in relief at South Carolina (March 25)
• Held Florida scoreless through 3.1 innings with five strikeouts (April 15)

As a Freshman (2021)
• Made 16 appearances as a freshman, including seven starts on the mound
• Owned a 4-2 record while totaling 43.1 innings of work
• Tallied 53 strikeouts, while limiting opposing hitters to a .194 average against
• Made season debut versus Western Kentucky (Feb. 24), where he fanned one and allowed a hit in 1.0 inning of work
• First win of season came against Memphis (March 9), where he struck out four and surrendered a hit over 3.1 frames
• Struck out five Volunteer batters in 3.0 innings in the matchup versus in-state foe, Tennessee, on April 18 in Knoxville
• Fanned nine in 7.0 innings in the May 8th contest over Alabama
• Retired six via punchout in the regional finale win over Georgia Tech (June 6)